Love and War at the Same Time

by A. Russell Bailey 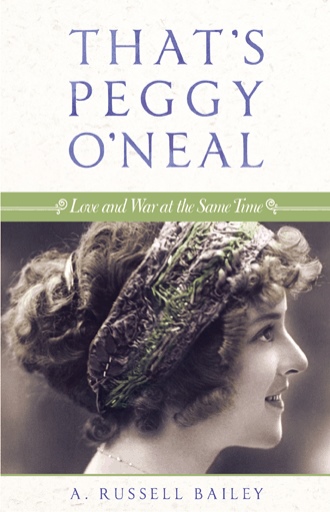 “Seaman Prosser, step forward.” Jake Prosser, twenty-two, six feet tall and muscular, with straight blond hair tied into a knot behind his head, stepped out of the rank and saluted. “Here, Sir.” “Mr. Prosser, have you seen your assignment?” “Yes, Sir.” “Have you been given instruction on it?” “Yes, Sir.” “And what is your assessment?” “I’d put it right there, in front of the stack, on the starboard side.” “And why there?” “It’s on the more populous side, I mean after we leave here, we’ll have Natchez, Vicksburg, Greenville and Memphis. There isn’t any major town on the west side. So, building a stand and surrounding it with some kind of protection, it’s best set up there.” Captain Thomas followed Jakes pointing and slowly nodded. “Good idea, Mr. Prosser. Well done. You may return.” Jake saluted and stepped back into his place along the line. Marine Lt. O’Rourke stood with a frown on his face and when Jake was back in position, he asked the captain, “Sir, is this something we should be involved in?” “No, Lieutenant, we have it covered. With the talk of secession and the possibility of trouble along the way, you’ll have your responsibilities enough to keep you busy.” “But, Sir, he’s a sailor,” spoken with as much disdain as he could. “Yes, Lieutenant, and so am I.” O’Rourke closed his eyes and bowed his head, realizing he may have just made the ship’s captain angry. He could not let that happen. Five years earlier at a dock in Cincinnati, a high-school Junior, Jake Prosser, came aboard a ship, whose captain was George Thomas, as part of a high school information tour. After exploring the ship, the visitors were given a “Naval Aptitude” test. It was supposed to be a light episode set up by the captain, but Jake did so well that George Thomas decided to keep in touch with the student. Now, his protégé was on his ship, giving the captain a moment of memory. As the officers gathered for a moment to discuss options, they concluded all was ready to board the ship. Captain Thomas, with the other officers at his side, smiled as he shouted, “All ship’s company, find your home.” At that moment before anyone had a chance to move, a carriage exploded onto the scene and halted in front of the group of officers. A coachman jumped down from his high seat and hurried to the carriage door. He swung it open for a young woman, dressed in the latest fashion for a party, not for traveling. The doorman helped the lady down the step to the dock and she stood there while two huge suit cases were dropped to the ground. She was dressed in a light green taffeta dress that protruded from her body by a hoop skirt and whose bottom ten inches of skirt were little frills sewn into the fabric. She had a light colored handkerchief around her head and she carried a small green parasol. “What’s this?” Thomas almost shouted, angry at the disturbance. “Who are you?” Without a word, the lady handed him a letter, which the captain opened. In moments, his face grew a deep red and he turned to keep from showing his unhappiness to the new guest. With three or four deep breathes, Captain George Thomas turned back to face the young woman. “Are you the bride to be?” Timidly, she spoke, “Yes, Sir.” “Travelling without escort or companion?” “My father had faith in you as an honorable man.” Agitated, he asked, “Did he not realize there are seventy-seven additional men here with me? All right, this says you are going to St. Louis, where your wedding will take place, is that right?” “Yes, Sir.” The captain barked, “Mr. Prosser, see to the lady’s luggage.” Jake looked at the two bags, both could weigh seventy-five pounds or more and he stepped out of the line and said, “Captain, Sir. . .” Thomas looked at him and said, “Washington, step out and help him.” A big black man, taller than Jake and much stronger appearing, followed him to grab one of the bags. Thomas barked another order, “Second cabin, port side.” Jake paused, “That’s. . .” He paused and continued with the luggage. He spoke to the woman, “Ma’am, if you will follow us, we have to climb that long ladder to the top of the boat. Your cabin is up there.” The hoops in her skirt made the climb difficult until, with great embarrassment she reached down and held one side of the hoop in her hand, so the other could get by the ladder rails. It showed the ankle of the side she held. After her first step, she heard the command, “Eyes front!”

A chance meeting of a sailor and a maid, on a river boat on a trip from New Orleans to St. Louis brings love and frustration. She, Peggy O’Neal, is to be the bride of a man she has never met, the brother of a Union General. Her father wants to be a Congressman, so he barters Peggy to a rich man for campaign money. The sailor, Jake Prosser, met the ship’s captain while in high school and is now assigned on his ship.

The war starts bringing challenges at Natchez, Vicksburg and Memphis. At St. Louis, a general’s wife, Evelyn Patterson, interferes with the wedding plans because she knows her brother-in-law’s intent is to destroy any decent woman he meets. Evelyn takes Peggy to her home in Cincinnati where the young woman gets a job teaching school . Peggy leads Evelyn to Christ. To help in Evelyn’s growth, Peggy takes over preaching assignments when the regular minister is put on overtime in his ship building job. The test comes when her husband comes home to find a church in his house.

Jake is assigned to test a new weapon, the Gatling gun, and teaches other sailors about its power. His weapon helps quell an Indian uprising in the North Central States. He is given a grade raise, which causes trouble with the old timers in the navy. Assigned to a new ship, he finds Peggy in Cincinnati and they declare their love. In a battle at the Rebel Fort Donelson, Jake is burned severely on his face, making him wish he was dead. A visit by the general, Courtney Clay Patterson, and Peggy bring him out of his depression. His looks cause comments by Peggy’s friend, so they agree, after marriage, to go to Montana to work on a cattle ranch, where, during a severe rain storm, Jake discovers gold.

After spending time in the US Navy and majoring in Bible and history in college, A. Russell Bailey worked for thirty-six years as a computer programmer and systems analyst. Upon retirement, he started writing and has completed fourteen novels. He lives in Phoenix with his wife.