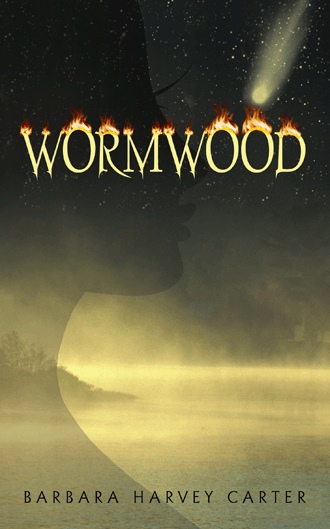 A woman finds healing, freedom, and salvation after looking inside herself, admitting her faults and failures, acknowledging that there are consequences to unwise decisions, and admitting her role in a dysfunctional marriage. Hannah Cotton imagined a wonderful, Godly man as her husband. Instead she married a man she began to feel was Satan's son. She is bewildered to discover her husband of one month seeing a psychic daily and participating in witchcraft and seances. She is helped to understand that she is in spiritual warfare by her sisters and psychiatriast as she goes through the mayhem and scurrility with Scotty Brian; his continual verbal and emotional abuse, condemnatory attitude, and infidelity. He distances her from her friends and tries to separate her from her family but her supportive and loyal sisters will not allow it. Hannah finds healing, freedom, and salvation, but not before confronting the demonic spirits residing in Scotty. She is victorious in the spiritual battle as she submits to the Holy Spirit. She admits her role in the dysfunctional marriage and that she was insecure, fearful of Scotty's retaliation, reprisal, revenge, rejection, and of being alone. She knows that she has passed the test and learned the lesson when she sees Scotty months later at an outpatient clinic in a wheelchair, his neck bandaged, and an aide pushing him, and she does not have palpitations, rapid breathing, anxiety, or anger. She is finally FREE!

Hannah imagined a wonderful, Godly man as her husband. Instead, she married a man she began to feel was Satan's son. As his controlling and manipulative behavior begins to manifest itself more, she begins to think that things might need to end. But Satan won't allow it, enticing her to stay in an abusive marriage. After being in the marriage for two years, Hannah is empowered to confront the demonic spirits residing in Scotty. The question remains: Will Hannah find freedom and salvation, or will she discover too late the 'power' that resides within her? Readers everywhere will be on the edge of their seats as they read Barbara Harvey Carter's suspenseful novel, WORMWOOD.

Barbara Harvey Carter is currently a Registered Nurse Supervisor at a non-profit agency in Milwaukee, Wisconsin. She has spent more than two decades working in the medical and mental health specialities as a cllnical substance abuse counselor, group facilitator, educator, and registered nurse. She also volunteered for many years at religious, community, and professional organizations as an intercessor, encourager, teacher, listener, and planner. Barbara enjoys spending time with her Lord, Jesus Christ, her son, Darrin, daughter-in-law, Melody, grandchildren Tarrin, Kameron, and Jaylen, and her extended family.