Life’s Journey Must Go On 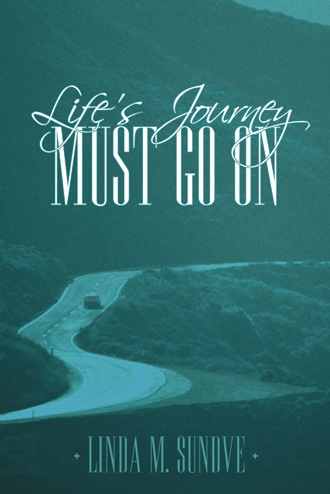 It was determined Chad could be released from the hospital, since his balance was adequate now.  On Friday the twenty-fifth he was discharged, and Mother and Peggy brought him directly upstairs to the seventh floor to room 704.  I had not seen my precious son in six days, and the emotional and physical hurt that both of us had endured separately was so inconceivable.   I was looking forward to seeing his smiling face, hearing his voice, and being able to touch his warm body again.  Most important was being able to observe with my own eyes that he was physically sound.
The mental picture of my two year old son standing at my hospital door in his yellow and orange sweat shirt and brown corduroy jeans, looking so pale and seeing this puzzled face, is still wedged in my memory today.  He just stood so motionless in the doorway and stared; looking so overwhelmed at seeing his mother in those circumstances:  the equipment holding her leg in the air, the bruises, and the wires on her teeth.  It is hard to imagine what was going through the mind of this two year old at that moment and it must have been so frightening.   I assured him in my mumbled voice, from the braces, that it was okay and held my arms out.   Finally I was able to touch and feel his little arms around me.   Oh, what a reunion in that room that afternoon! Most of all to have him close to me again and seeing that he was thriving was beyond words.  Then the awful question came, “Where is Daddy?”, I remembered looking out the window at a pond of ice with several kids playing ice hockey and telling him Daddy and Kirk were now in heaven with Jesus.

Life’s Journey Must Go On tells a true story that was derived from one major event in 1977. Even though it happened more than three decades ago, the memory of this event is very vivid to the author. Time has not faded the traumatic occurrence from her mind. She divulges in Life’s Journey Must Go On her inner emotional journey that she has dealt and still deals with, and how God has walked and carried her through this journey.

We all deal with curves in our journey of life. Aside from the normal bends that have entered Linda’s life, she has had several switchback curves that have been extremely hard, dark, and slow to maneuver. Her journey to this point is one that she would never desire for anyone to experience. It is one she truly has not understood herself. Why did she have to take this journey? It was a drunk driver that steered her life in another direction and caused this unbelievable fate to invade her life.

Linda Sundve graduated from Portland State University in 1991 with a Bachelor of Science in Economics degree. She was employed for eighteen years for Intel Corporation in the finance department. She retired in the spring of 2010.

The fight against drunk driving has been a focal point for her. In 1980, she began volunteering for MADD in numerous positions, including serving on the board and engaging in speaking assignments at local schools and community meetings. She served for twenty years as a member of the Victim Impact Panel program for both Washington and Columbia Counties in Oregon. She also did short commercials for a local television station during the Christmas and New Year’s season. Linda also did a short blurb of the wreck and her losses in her life on the television program, Live with Regis and Kathie Lee, in the nineties.