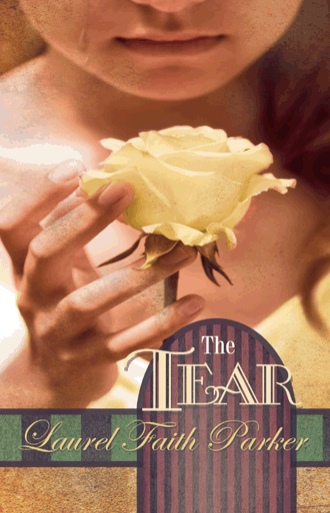 Life as I knew it was over in a mere morning. When tragedy strikes, it leaves no one out; not even the children. In “The Tear,” you the reader will learn the facts through a young girl’s eyes as I try to make sense of an unthinkable act. Love as I knew it, was no more and it would take God to fulfill all of my needs. Not to make light of the fact that there was a baby brother and a family who rode this journey with me; yet, my journey is the perspective from which you will read. I believe you will understand to love life a little bit more and hold those around you a little more closely, as you journey along with me. I pray that my words will honor those involved in this story and their names remain anonymous for a greater purpose. Everyone’s story is their own, but I am choosing to allow you, the reader, into mine. My desire is that you would share love more dearly and give grace where it is needed. Not one of us is perfect and for that reason alone we must be open to other’s inequalities. This is written for the estranged daughters, the abused, the victims in life, and the guilty parties that participated in these events. God bless as you ponder back in time to a place affected by war, a place where “war” exists, and a time of peace. Every story has an end unless we do not allow it to happen. Isn’t that always the case in a story? Sometimes the end is “happily ever after” and sometimes it is not. The destination is determined by the main characters. I have found that sometimes life is about choices rather than feelings. Sometimes we have to give more than we take and sometimes we have to move, even when we do not feel like it. The choices we, as humans, make--take us to our destination. My destination was a creek bank. There was lots of room for floundering along the path, but I had to keep my eyes on the destination. Love was found there, but mostly peace.


I, Laurel Faith, can only imagine how a father can love a daughter, since I myself am a daughter. It must be a feeling so strong that it can bring a man to tears: like the first time he sees her face; the first time he soothes her cry; the first time he fixes the scrape on her knee; the feeling of her tiny fingers, so vulnerable and precious in his big strong hand. Yet, the same moment that can bring a man to tears can also be felt as protection from his daughter. The daughter clasping that strong hand feels so safe, so protected as she walks with her father. And from that Heavenly arrangement, the father feels pride in his beautiful baby girl. It’s a God-created bond that cannot be broken or forgotten.


The words “save my boy” kept ringing in his head, as well as the sound of the back door closing. It would only take thirty thousand dollars. Thirty thousand that is, then he would have a chance to find her. As he sat, Spence's mind always wandered back to the beginning--Carrington Mark and Lawson.
Laurel knew her father loved her. They spent as much time as they could together. That was not a lot of time because Spencer Gables was a coach for Keifer Junior High School. He was a fun dad who loved to laugh, wrestle in the den, and play Frisbee with his children. It was a great day on Laurel’s fourth birthday when to her surprise it was time to open her most anticipated present. Her excitement rallied in the fact that it was the big one wrapped oh so carefully in many sheets of wrapping paper. As she tore into the sheets of wrapping paper, she saw what her eyes could hardly believe. A swing set. Laurel cried out with joy, “thank you Mommy and Daddy!” She had waited so long for this and her parents knew her desire. The Gables family had just moved from the apartments down the street on Wyndell to a 2-story rental home on Chester Chapel in the city of Lawson. They now had a huge yard to play. It was beautifully landscaped with a large flat grass area for frolicking and a fenced-in garden of tomatoes and corn in the back. Laurel couldn’t wait for her daddy to put the swing set together.
“Daddy, could you put my swing set together tonight? Please Daddy.” Her brown eyes were big as saucers and she was wearing one of her granny dresses with the big ruffle at the hem.
Daddy answered, “My birthday girl, I will as soon as I get home from my game.”         Her baby brother was on the way and things were changing around her, but one thing she knew: her daddy would fix that swing set.         As the years went on, the swing set brought much enjoyment. Laurel loved to sit on the side and flip backwards to a hanging position. Her brother, Cole loved to jump from one swing to another to his mother’s dismay. They spent many nights swinging until sunset, catching fireflies at the chapel next door to their home, and playing in the sandbox Daddy made out of some 2x 4’s. Daddy had let Cole paint the sandbox and Jacqueline came out to find specks of white mixed into Cole’s light hair. She exclaimed, “Spence, what have you let him do? That will never come out of his hair!” Spence was not at all concerned. He was just happy that Cole was having fun. Spence had a weekly routine of taking the children to the convenient store. He would hand Laurel two brown bags to fill with candy. Spence would always say, “Laurel, I need you to help Cole pick his candy and put it in his bag. I don’t want him to get the kind with nuts.”
In return, Laurel would say, “Cole, I will take care of you” and he would follow right behind her. Laurel delighted in this job.
Many weekends were spent out on their boat fishing, sunbathing on the dock and swimming at Lake Bershawd. Other weekends Daddy was gone for guard duty at Camp Pulzer. These mandates happened at least once a month. Football practices and games took up most of his week, so Mommy made sure everything went smooth. Jacqueline was a rock. She taught school and then made sure the ship sailed at night: homework, meal times, bath times, and bed. Very scheduled she was as she had to be to keep her two healthy and happy with such an unusual schedule. She took them to most of Daddy’s games. She always supported his sport of football. It had given this country boy a chance to be a college graduate. He would be the first in his family to go to college, so all were excited when this burly six foot one boy made his way to North Mason College in Carrington Mark as a linebacker. His town was made up of a mere 900, so all were proud of their hometown boy. In his eleventh grade year, he was offered scholarships to three universities. He chose North Mason to be close to his family. Spencer Harris Gables spent his time serving his country as a soldier, serving his community as a teacher and coach, and serving his state in the semi-pro football team as a starting full-back. He played rough and he was tough, but all who knew him knew there was a gentle bear inside of him.         Mommy was not supposed to veer in this direction. Jacqueline was dedicated to her high school sweetheart, Samuel whom she had planned to marry and raise a family with in Lawson. He was her first and only love. Yet, in her freshman year of college when Jacqueline saw Spence in the school library--it was instant attraction for both. They were in awe of each other. Everyone else just disappeared when they were together; everyone, even Samuel.

Based on a true story, Laurel Faith Gables spent her first days on a field watching Daddy playing his sport of football. Spencer Gables was a hometown football star from the small rural town of Creeksdale, who made his way to his beloved North Mason College. His eyes were turned by one–Jacqueline Carr from the city of Lawson. She was everything he ever wanted. After eloping, their love blossomed with the birth of their first child, Laurel. Upon graduation, the Gables moved to Lawson, where Spence was becoming a local icon in the world of football coaching. Life on Chester Chapel was beautiful, and the two were blessed with a baby boy, Cole. The couple longed for their goal of homeownership, and they were well on their way to achieving it. Spence and Jacqueline were living the American dream until the unthinkable happened, tearing the Gables family to shreds. Is the love of a daughter strong enough to bring their world back together, or will it forever be shattered? Laurel is forced onto a bridge and she cannot turn back. The only way to bring an end is to cross.

For those who have lost deeply, want to love dearly, or know those who do.

For those who want to consider – is vengeance deserved?

Laurel Faith is a mother of six. She is married to a local icon in the coaching world. They love and revel in the fact that there is a purpose for all things. They believe love can always be found.