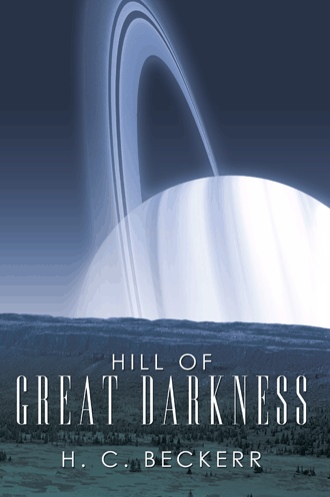 Simone had no idea how much time had elapsed when her mind began to focus once again on her surroundings. She was trying to understand what had happened to her and why, when she heard it; The soft 'chirp' of her Hummingbyrd computer as if it were acknowledging a command. Then, another 'chirp', Simone began to speak aloud to her helper. "Little Shepherd," She said as she began to look up, "I have not given any orders for you to acknowledge." That's when she saw it. The LGD display had been changed and now had a very different message displayed before her. The oddest thing was the fact that the message was in her native tongue. Simone had been raised in a small village on the North shore of Lake Kwania in Central Uganda about twenty miles south of Lira. There in her village the almost forgotten language of her people was a mix of Swahili and Luganda, but here and now, that language was staring her in the face. "Those illegitimate sons of dogs and their cursed American humor." were the first words that she spit out of her mouth. Simone had reasoned (rather quickly and carelessly) that her compatriots were playing a joke on her. After spending time in the presence of her God it really was amazing to see how quickly she went from 'in the Spirit' to 'in the flesh'. She hastily readied herself for the confrontation by washing her tear-stained face and then she stormed toward her door ready for battle. As she reached for the 'open' button she heard a sound she could not quite make out coming from behind her; a type of scratching sound that instantly froze her in terror. Slowly, hesitantly she began to force herself to turn to investigate this anomaly by first turning only her eyes, then her face and head followed by her shoulders and torso. Finally her whole body had turned and was facing the wall that just moments before had been invisible but now was once more metallic blue. She couldn't move. She wanted to scream but was unable to make a sound let alone breathe. Ten feet away from her was a hand, no body, just a hand scratching a message into the Crysteel hull of her room. Small metallic shavings wafting carelessly to the floor as the hand crafted its message. It was the same message that previously was on LGD in her native tongue, but now, it was in everyday English and etched into the hull for all aboard Magellan to see. "Be Still and Know That I Am God."

An ancient civilization lost in a one thousand year old mystery. A modern, state-of-the-art spacecraft on her first mission, tapping into a radically new power source—or is it new? Could this power source have been available all along? An event in space—actually caused by something that has been buried right underneath our feet for over a millennium—is about to unfold into mankind’s greatest adventure … so far …

H. C. Beckerr grew up in the St. Louis area and fell in love with the mystery surrounding what is known as Cahokia Mounds. As an associate pastor and youth minister he realizes the value of storytelling for moral and ethical values.