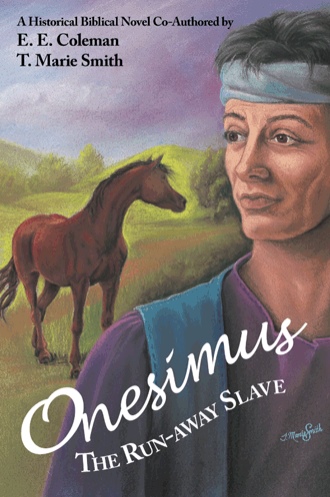 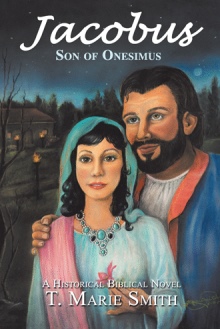 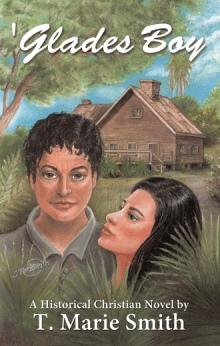 Born a slave, Onesimus was educated to serve Master Mamun, a physician, in the ‘art of healing’ for the Master’s vast household and to help with his practice. Master Mamun died when Onesimus was nineteen, and he was separated from his beloved mother and sold to Philemon, a wealthy stranger from Colosse. Onesimus served Master Philemon as a physician for his many servants and animals, but vowed to someday find his mother. One day Onesimus was riding Pharaoh, Philemon’s favorite Arabian stallion, and came upon a wagon caravan traveling to Ephesus. He saw, and instantly fell in love with Martha, the most beautiful girl he had ever seen, and made another vow, “I will someday find and marry Martha.” Stealing Pharaoh and a sack of gold from Master Philemon, Onesimus became a run-away slave, and…well, here’s the rest of his compelling story.

A 'preacher's kid,' Marie lived in several states from Florida to the great northwest. As one of those individuals blessed with unusual skills, she owned and operated a commercial art studio, served as graphic designer and make-up artist for various TV ministries, and has published poems and short stories. Recently, Marie wrote and published Glades Boy, A Historical Christian Novel, and, with her father, Reverend E. E. COleman, she co-authored a Biblical novel, Onesimus, The Runaway Slave. Marie is an ordained minister, specializing in Chalk-talk Evangelism and also sees her writing as another mthod of spreading the Gospel of Jesus Christ. She and her husband, Reverend Gene Smith, retired from their pastorate in January 2008, and now enjoy retirement in Southport, Florida.