A Disparity in Doctrine and Theology

Baptist Versus Mormon Doctrine and Theology 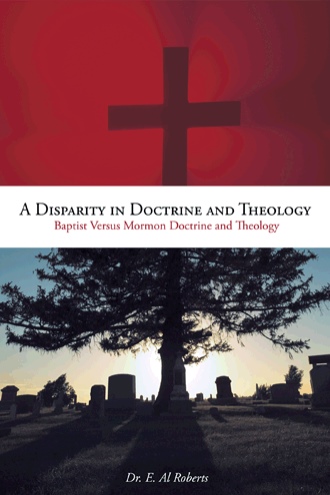 Mormons make loud claims to be called Christians. In fact, Mormons not only believe themselves to be a valid expression of Christianity, but the only valid existing expression of true Christianity for this age. Mormons believe that through their founder, Joseph Smith Jr., they have restored Christianity to its original base as established by Christ and His disciples. This is why they call themselves The Church of Jesus Christ of Latter Day Saints. So, as is the case with many other cults, Mormons believe themselves to be God's remnant people, who, alone, are not apostate and have remained faithful to Christ and to His apostles' original teaching and purpose in establishing the Church. Latter Day Saints believe and teach that true Christianity had virtually perished from the face of the earth when Joseph Smith, Jr., in 1820, was selected by God to restore Christianity to its original historic base. Therefore, according to Smith Jr. and Mormon teaching, after the original apostles of Christ died there were no true Christians with God's Spirit left on earth. In the book, No Man Knows My History: The Life of Joseph Smith, Fawn M. Brodie records Smith’s Jr. description of the Mormon Church as "a real religious creation, one intended to be to Christianity as Christianity was to Judaism: that is a reform and consummations." The Mormon belief that true Christianity had completely disappeared from the face of the earth after the death of Christ and His original disciples is especially interesting in the light of Christ's teaching concerning His Church. "And I tell you . . . I will build my church and the gates of Hades will not overcome it."4 The following statement by Joseph Smith Jr., concerning his alleged encounter with God, clearly reveals the true Mormon feel¬ings about all non-Mormons who are considered to be "gentiles". My object in going to inquire of the Lord was to know which of all the sects was right, that I might know which to join. No sooner, therefore, did I get possession of myself, so as to be able to speak, than I asked the Personages who stood above me in the Light, which of all the sects was right, and which I should join. I was answered that I must join none of them, for they were all wrong; and the Personage who addressed me said that all their creeds were an abomination in his sight; that: 'they draw near to me with their lips, but their hearts are far from me; they teach for doctrines the commandments of men, having a form of godliness, but they deny the power thereof.' He again forbade me to join with any of them.5 Mormon theologian James E. Talmage further states the Mormon belief that all churches but the Mormon Church are apostate: From the facts already stated, it is evident that the Church was literally driven from the earth; in the first ten centuries immediately following the ministry of Christ, the authority of the priesthood was lost from among men, and no human power could restore it. But the Lord in His mercy provided for the reestablishment of His Church in the last days, and for the last time . . . It has been already shown that this restoration was effected by the Lord through the Prophet Joseph Smith.6 The quotation above serves to reveal Mormonism's true attitude toward all Christians. Christians do not have a reliable Bible or salvation outside the Church of Jesus Christ of Latter Day Saints. However , you can be reasonably assured that you will not generally encounter this attitude or belief by the typical door-knocking Mormon missionary. Mormon missionaries are very astute in concealing this belief from the general "gentile Christian" world. This esoteric approach is typical of so many cults. They have one set of beliefs they present to the general public and their real true beliefs are progressively revealed once one is on the "inside". The Apostle Paul wrote about this kind of deceitful (the end justifies the means) philosophy: “Rather, we have renounced secret and shameful ways: we do not use deception, nor do we distort the Word of God. On the contrary, by setting forth the truth plainly we commend ourselves to every man's conscience in the sight of God”.7 Fewer people would be deceived by this counterfeit religion if Mormons would present their doctrines in an open, honest and forthright manner. Come inside and see how these and other Mormon claims are refuted.

This book is intended to be a guide to enable protestants to discern the difference between false religion and true religion.

Gave my life to Christ at age nine. At age 12 I promised God I would do anything He wanted me to do. 27 Years later I accepted the call to ministry. 26 Years later having felt that I had done my best, I retired from the active ministry.