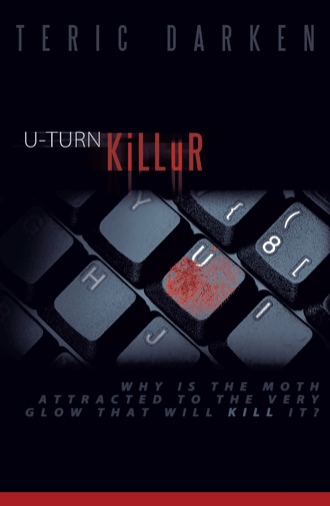 “Nothing to be sorry for, Mrs. McLaughlin; I’m the one who should be sorry.”

She was more than unnerved. “Whatever for?”

With head hunkered down, and eyes peering from under furrowed brows, a toothy grin separated his lips before they imparted, “For what I’m about to do!”

The wall toppled forward, knocking the wind out of Mel McLaughlin. The same three seconds needed in securing Ira is all that it took for each of Mel’s extremities to be duct taped to the kitchen chair. It was hard for her to put up resistance and scream while trying to catch her breath. And no opportunity was given for her to scream as the tape rapidly cordoned off her lips.

The deeply-set orbs boasted two full moons as if their possessor was surprised. “Well, well, well, if it isn’t Mel, Mel, Mel! Oh, Mrs. McLaughlin, you and I have so much to talk about! Of course, being a lady in your position, I doubt if you’ll have much to say!” The perpetrator paced about the nook, checking the strainer’s silverware for spots, scoping out the contents of the fridge, and settling on a box of varied clothing. He meticulously picked through the apparel. Pulling out a girl’s dress, he placed it up against Mel. “Hmm… that color washes you out a little; you’re more of a winter.” The clothing was haphazardly tossed behind him. “So Mel, what are we going to do about this… this husband of yours, hmm? How has he been treating you, lately? Has he been meeting your needs? Has he been keeping up with the yard work? Has he been a good dad to Josie?” His eyes were scrutinizing as he waited for a reply.

Through blurred saucers, Mel nodded her head in the positive. “Mel, there’s one thing you’ll find out about me real quick: I don’t care much for liars. Ira will testify to that!” With the sound of Ira’s name, Mel ducked her head, weeping uncontrollably. “Shh, shh, shh, now don’t you cry, Mel; don’t you go getting all verklempt over little ol’ me. I like you, Mel; I really do. And out of my generosity, I’m gonna cut you a deal!” The tormentor inched in closer and squatted on his haunches. “Yes, ma’am, I’m gonna cut you one helluva deal!” He produced a knife from the rear of his jean’s pocket and stripped away the topmost button from her blouse.

Mel shied her head away in disgust. “Oh, it’s probably not what you’re thinking. I’m a faithful man, Mrs. McLaughlin; don’t flatter yourself! I was just checking my instrument; just wanted to make sure that it’s still nice and sharp. One may never know when they may need it. A job’s not worth doin’ if it’s not done right! Right?” Two horrified eyes simply stared at him. “RIIIGGGHHHTTT?” Rrrriiippp! The adhesive silencer was removed from her lips. The captive emitted a faltering sob. “I’ll give you the benefit of the doubt and take that as a yes. Are you about ready to make that deal, Mrs. McLaughlin?”

Her head remained bowed low. She was nonplussed. “I understand, Mel, I really do. So here’s the way this is going to play out. I need for you to admit to me what a sorry piece of work your husband is, and I, in return, will set you free. How does that sound, hmm?”

She simply sat there with closed eyes; the warm tears streaming down her flushed cheeks. “Go on; go ahead, Mel, it’s your turn to do the talking.” Nothing. “Nothing? You have nothing to say? Well here, let me help you!” The adversary rotated behind his prey, pulled her head upward by a patch of hair, and sliced through a small layer of unblemished skin.

“Now that’s more like it, Mrs. McLaughlin; I knew you had it in you. You’ve got good pipes- just like Ira had. So go ahead, put those pipes to good use; tell me what you’ve got on ol’ lover-boy. Give me some dirt!”

“Bah! I don’t believe that for a second, Melissa! What: just because he’s a firefighter that makes him a hero? Please, lady! Don’t you remember what I told you about liars?”

“Alright, Mrs. McLaughlin, since you insist on perpetuating lies, you leave me no other option.” As her hair was yanked, her neck jerked upward. Another incision was delicately slashed across her neck. He permitted her to scream. “That’s two marks against you, Mrs. McLaughlin. Now, all I need for you to do is DISH OUT SOME DIRT ON YOUR HUSBAND!!!” His volatile fuse was lit, and it would have scared the hell out of his captive if she had harbored any inside. Nonetheless, he was shaking like a madman, and she was shaking like a leaf.

The sobbing and wailing projected for ten minutes. While Mel writhed in agony, the handyman patiently perused the store, hunting for that definitive bargain. When the defendant’s torment subsided, the prosecutor continued with his inquisition. “All that time, Mel… all that time your husband spends on his computer with that insipid story of his. He has abused you, hasn’t he, Mel?”

“Sure he has; he constantly abuses you with his words and attitude: ‘Just leave me alone, Mel; can’t you see I’m working here?’ ‘Take the kid and go on, will you?’ ‘Mel, where are my COFFEE FILTERS?’”

“Oh no, m’dear, you are, in fact, the liar. And you should know what I think about liars, by now. I’ll tell you what’s worse than lying to me, Mrs. McLaughlin: the fact that you refuse to face the truth. You are only lying to yourself. I’ve got some bad news for you, Mel: You now have three strikes against you. You’re out!”

Before she could complete her scream, the killer slapped the tape across her mouth. Making an about face, he rounded the corner, just outside the nook, and pilfered through various accoutrements. He returned with a magnanimous smile and strode up to the lady in waiting. “I’ll tell you what, Mel, I feel like being generous here- just because I like you so much. You’re a little bit spunky, and I can appreciate your style. You didn’t keep your end of the bargain with me, but I think I’m going to overlook that. Does that sound okay with you- if I give you a little break?” Mel’s nodding stated the obvious. “You know, I’ve read somewhere that the truth will set you free. How ‘bout that; have you ever heard of that, Melissa?” Again, she nodded, indicating confirmation. “But you didn’t tell me the truth. No, ma’am, in fact, you even LIED to me. But I’m gonna go ahead and keep my end of the bargain with you. Why? Because that’s the kind of fellow I am. How does that sound? Would you like to be set free, Mrs. McLaughlin?”

Through the duct tape, Mel was able to disperse a muffled “Mmm-hmm!”

“Good! I thought you would!” The killer unveiled a blood-tinged accoutrement from behind his back. “Now, let’s set you… FREE!” At 5:37 p.m., the patron Mel had done business with left the store... one very satisfied customer. 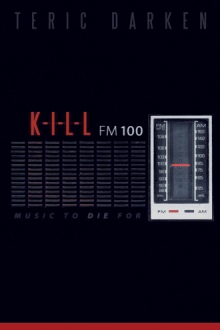 Why is the moth attracted to the very glow that will kill it? A maniacal killer is preying upon a firefighter's family, stripping them from his life: one by one; piece by piece. It took every ounce of energy Lieutenant Gabe McLaughlin possessed in resisting the undertow of a mental breakdown as his best friend, Detective Jeff Spencer, told him the horrific news. And Jeff was fighting the same fight, against the same psychological beast, as he uttered the grisly details: Gabe's mother, Ira McLaughlin, had been butchered to death: Dissected... slowly. Apparently, the killer took pleasure in cutting off appendages- one section at a time- at each of the major joints in the extremities. A tourniquet had been applied preventing massive blood loss... the victim eventually succumbed to shock. As insult to injury, the killer had also etched a note into the victim’s torso: “will U-turn and look the other way, or watch while I kill?” -KiLLuR

For twenty-five years, Teric Darken has been bleeding the ink - from his heart onto paper - through his stories, song lyrics, and poetry. His first published book, A Conversation with Isolation, was released in 2000. In 2010, Darken's thriller, K - I - L - L FM 100, was unleashed upon the masses to highly favorable reviews. Five albums worth of material have been released containing his song lyrics and original music. He holds a bachelor of science degree in religious education, and has served as a staff youth minister. He is a member of the Christian Motorcyclists Association, where he has served as vice president of his local chapter. The author resides with his family in the United States, where he serves his city as a lieutenant on the fire department. Visit with the author on Facebook or on Amazon.com's Teric Darken page.