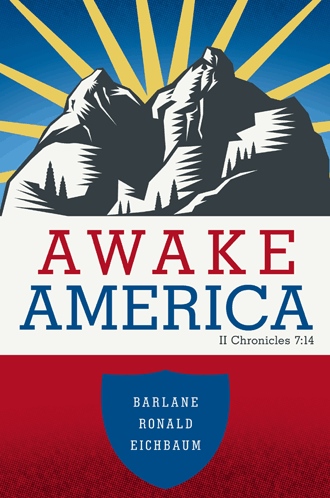 In 1776 the United States was born after a Revolutionary War with England, and our Declaration of Independence came into being. Our forefathers, who had lived in various other countries and had undergone persecutions and restrictions of freedom, set forth in the Constitution2 and Bill of Rights3 a set of basic laws and rights for this Nation and its people to be able to have perpetual freedoms not enjoyed by other nations at that time or since.4 They trusted God and depended on Him to help build this nation, and our great educational institutions, state governments, etc., which brought about one of the most productive (food and manufacturing), economically rich and militarily strong nations that ever existed on this earth. The Constitution and Bill of Rights provide that the people of this nation should have the freedom to worship God. Two of our greatest presidents, George Washington and Abraham Lincoln, prayed to God for our Nation in earlier trials of the Nation.
Our Nation has been one of the most opportune and has given many people within and around the world opportunities and protection of their freedoms that were not heretofore avail¬able.
Until World War II we were a God-praising Nation, following God’s laws and turning to God for help, and were successful in many things, including winning wars. Since that time we have turned from God and our Nation has seen defeats both economically and militarily, and we have lost stature and be¬come weaker in the world. We have now attained the status of Rome and Greece and Great Britain before their decay and fall from power. We still have time to awake, America, and become the great nation that we were, if we turn back to God as stated in the Bible, II Chronicles 7:14. God tells us: “If my people, which are called by My name shall humble themselves and pray and seek My face and turn from their wicked ways; then will I hear from heaven, and will forgive their sin and will heal their land.”
The Bible1 and history books are filled with stories of na¬tions that have fallen from power when they allowed moral decay to replace the laws of God. We, as a Nation, have passed the 200th birthday (Bicentennial), and we should continue to celebrate it with the rededication to God.
Several nations have attacked and tried to conquer the United States, but with little success, and only failure, until 1945. They have learned that a direct frontal attack on this God-praising Nation was to no avail. So one relatively new strength in the world—the Communists5 (non God-believing Communism is atheistic, whereas the United States has been a God-believing Nation)—have realized that if they are to destroy our Nation, they must do it first internally through corruption, deceit, and destroy our moral fiber as they have done in over half of the world since 1945. There are several proposed docu¬ments or authorities which state their rules for setting about to destroy our American Nation. One is that of the Communist Rules for Revolution—which seems to fit the structure that has gone on to date.6

COMMUNIST RULES FOR REVOLUTION
In May, 1919, at Dusseldorf, Germany, Allied Forces cap¬tured a very significant document: “Communist Rules for Rev¬olution.” As you read these “Rules” now, more than fifty years later, keep in mind what you are reading and hearing every day via news media:
A. Corrupt the young; get them away from religion. Get them interested in sex. Make them superficial; destroy their ruggedness.
B.  Get control of all means of publicity, thereby:
1.  Get people’s minds off their government by focusing their attention on athletics, sexy books and plays and other trivialities.
2.  Divide the people into hostile groups by constantly harp¬ing on controversial matters of no importance.
3.  Destroy the people’s faith in their natural leaders by holding the latter up to contempt, ridicule, obloquy.
4.  Always preach true democracy, but seize power as fast and as ruthlessly as possible.
5.  By encouraging government extravagance, destroy its credit, produce fear of inflation with rising prices and general discontent.
6.  Promote unnecessary strikes in vital industries, encour¬age civil disorder.
7.  By specious argument cause the breakdown of the old moral virtues, honesty, and sobriety.
C.  Cause the registration of all firearms on some pretext with a view to confiscating them and leaving the population helpless.
Anyone can realize that this pattern has taken place, with the exception of Item C.
A second plan for taking over the United States, according to Gary Allen in his book, None Dare Call It Conspiracy, the Council of Foreign Relations (composed of many of America’s wealthy men and national corporation executives as well as internationally wealthy individuals), insiders who would like to make America a Socialistic-Communistic country under a world government are following the Fourteen Signposts to Slavery to meet their goals.22c

FOURTEEN SIGNPOSTS TO SLAVERY
1.  Restrictions on taking money out of the country and on the establishment or retention of a foreign bank account by an American citizen.
2.  Abolition of private ownership of handguns.
3.  Detention of individuals without judicial process.
4.  Requirements that private financial transactions be keyed to social security numbers or other government identification so that government records of these transactions can be kept and fed into a computer.
5.  Use of compulsory education laws to forbid attendance at presently existing private schools.
6.  Compulsory psychological treatment for non-government workers or public-school children.
8.  An official declaration that anti-Communist organizations are subversive and subsequent legal action taken to suppress them.
9.  Laws limiting the number of people allowed to meet in a private home.
10.  Any significant change in passport regulations to make passports more difficult to obtain or use.
11.  Wage and price controls, especially in a non-wartime situation.
12.  Any kind of compulsory registration with the government of where individuals work.
13.  Any attempt to restrict freedom of movement within the United States.
14.  Any attempt to make a new major law by executive decree (that is, actually put into effect, not merely authorized as by existing executive orders).

The United States entered the third century of its existence facing many social, political, and religious issues. Socialism, Communism, and terrorism are such threats. Christianity is not practiced as in the past. Many US citizens neglect the Word of God, and moral decay has risen rapidly. May our people seek God’s direction, as per II Chronicles 7:14, so God will bless America and its future.

American patriots like Billy Graham, J. Edgar Hoover, and William Buckley expressed facts, thoughts, and quotations in the field of politics, religion, law, defense, energy, environment, and economics. Presently our military power is being reduced. Author Barlane Eichbaum relates biblical prophecy and writings on the Greek, Roman, and British empires to American maladies. These same signs of decay have led other once-great powers to their downfall. This historical and biblical perspective that Eichbaum possesses is a strong plus for Awake America.

Barlane Ronald “IKE” Eichbaum distinguished himself in his personal and professional life as a Christian patriot. He served in the US Air Corps in WWII, and attended Rutgers to receive a BS and PhD degree, and an MS degree in engineering from Texas University. He studied business management at Temple University and graduate studies at other colleges, Johnson & Johnson, the US Signal Corps., IBM, Ford Motor Co., and the US Bureau of Mines.
Dr. Eichbaum consults on environmental problems, nuclear energy, and engineering. IKE is active in social, religious, and civic activities, and is a founding member of Reno Christian Fellowship. IKE and wife Bea celebrated their sixtieth wedding anniversary and now have seven great-grandsons.