Creator Of My Heart

A New Heart Is What I Need 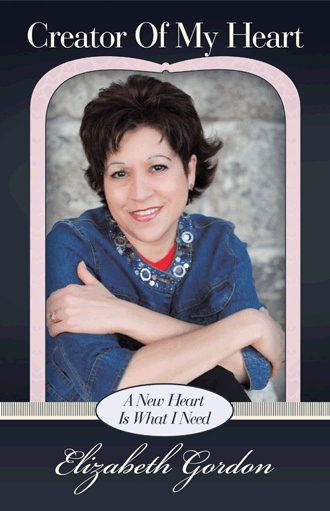 Did you know that God has told us that other people would envy us? Reasoning is, because of our Spiritual wisdom and knowledge that we obtain from Him. We have an advantage over those who do not understand this secret. If you have not yet tapped into this profound wealth of truth, come along With me and travel this joyous journey filled with abundant information. The impressive facts you will gain from this study will capture your heart to soar to a horizon of exuberant inspiration. The information compacted into “Creator of my Heart” will enhance Your life for: 1. A crystal clear understanding of who you are 2. Supreme Relationships 3. Ultimate Guidance in every decision you make 4. Tremendous growth to improve your life for success 5. A simple understanding of how to talk to God 6. A golden awareness of what God thinks about you Of all His creation, we are His favorite, because after all, He is the Creator of our Heart.

Elizabeth is a speaker, counselor, and author for the nations. She graduated from “Vision International University” where she earned her degree of Ministry. Her additional studies have been in “Biblical Therapeutic Counseling”, “Writing”& Cosmetology. Elizabeth is the founder of “Created For Purpose Ministries”. Elizabeth is also licensed with “Full Gospel Fellowship of Churches and Ministers International”. She and her husband Dr. Lynn Gordon reside in San Antonio Texas, where they attend “Corner Stone Church”.