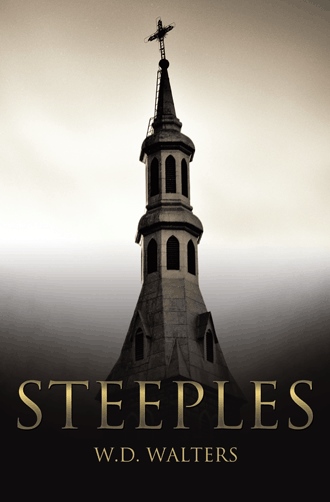 Take a journey of faith with Paul Atkinson, a self-sworn loner, former covert operative for the Pentagon and Army Ranger. Wanting to live out a life of solitude, Paul moves to beautiful northern Georgia near the town of Dahlonega with a desire to leave his past behind and to live quietly in the rural mountain area he had chosen while in the army. However, with the coaxing of a Christian family, a caring community and a beautiful woman, Paul begins to find faith and love. But, will he hold onto it all? Tragedy strikes when Paul learns of his brother’s suicide in a jail cell in Dallas, Texas. His newfound faith in God is crushed, his desire for love and family fades, and Paul turns his back on all. In the midst of the turmoil, Paul is lured back into his covert unit and into a political firestorm that could cost him his life, the life of a controversial foreign leader and the life of the American President. Will Paul survive and find hope again?

W.D. Walters, a former United States Army infantry officer and collegiate athlete was educated at Carson-Newman College where he received a BA in English with an emphasis in Southern Literature. An admirer of the Appalachian region, the people, the faith and the history, he strives to bring his works to life through his own, at times, tumultuous journey of faith. His works include the novel, Steeples, a book of essays and poetry titled, Views from a Padded Gutter (in production) and the upcoming novels, The Dew Over and Transgressions.