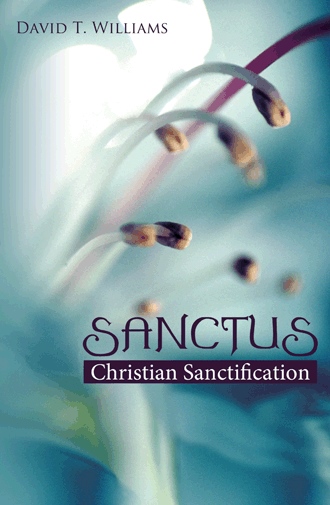 Even a cursory glance at the moral state of society, and regrettably, often including the Church, shows a remarkable lack of holiness. Yet God commanded us to be holy, as he is holy. Is not the lack of holiness at the root of much of the weakness of today's church? This in-depth study of sanctification centres on what God, Father, Son and Holy Spirit, has done to make us holy, and what the Christian response should be. It understands sanctification as both demanded by, and dependent upon justification, an ongoing process coupled with distinct events of grace. Christ has died for us to enable forgiveness; sanctification is the development of the life of Christ in us. A feature of the book is its provision of several illustrations of the path of Christian sanctification.

Originally from the UK, where he graduated as an engineer from Cambridge university, David's life was changed when he became a Christian. He then trained as a teacher and went as a missionary to Southern Africa. There he has ministered in schools, hospitals, prisons and churches, often using visual aids as a powerful tool for communicating the Gospel. Since 1983 he has taught systematic theology at the University of Fort Hare, one of Africa's oldest universities, and well-known as the alma mater of Nelson Mandela. He is now a professor there, and not only teaches theology at undergraduate and graduate levels, but has published extensively, both articles and books (see http://www.davidtwilliams.com/). He is married with four grown-up children.