The four stages we must live through 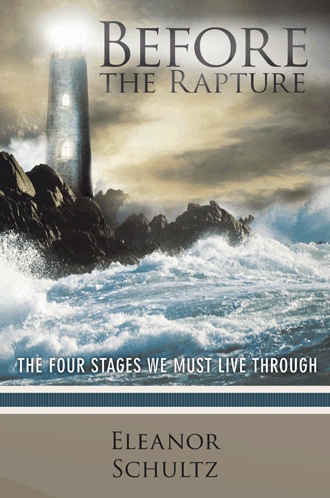 Author Eleanor Schultz removes the mystery of scenes described by Bible prophets. Logical and clear explanation, with a touch of humor, calms fears about the times that we are destined to experience before the Rapture. The rise of the Antichrist and his crusade to conquer the world is unsettling at best. The surfacing of the Ark and Israel’s encounter with God makes for exciting reading. The Middle East emerges as the seat of world political, religious, and economic power. Peace arrives, and prosperity follows. The deception and lure of resulting pleasures can be deadly if we fall for the deceptive tactics of evil in the end times. Surveying all things, we realize we are not alone and evil is not in charge. God’s plan of redemption is the controlling factor for end-time events, and Satan does not have veto rights. God is still in control.

Eleanor Schultz holds a three-year degree in theology and missions from Bethany College of Missions. She has taught at Faith Landmarks Bible Institute since 1989 and serves on the board of Send the Light International. Mrs. Schultz served alongside her late husband for many years with WEC International.