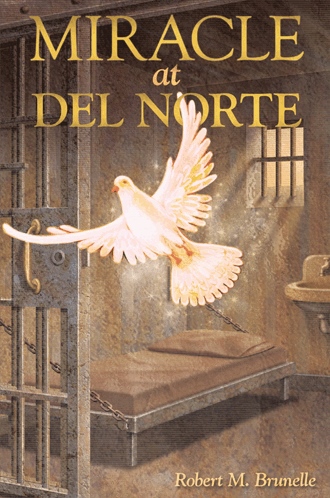 A thick, heavy sand storm was blowing across the desert dunes, blocking out a blue cloudless sky. On the horizon, a large shadowy figure plodded across the distant ridge as if in slow motion. Through the flying sand, Corporal Rob Jacobs peered through his binoculars, trying to determine if this slowly advancing form was friend or foe. The twenty three year old Jacobs had led his five man reconnaissance squad up the sand dune for a better position to observe the valley below, however, the wind and swirling sand made it difficult to stand, let alone see. They were a close-knit group, having been together even before Basic Training, but this sand was not like the sand where they trained on the beaches of southern California’s Camp Pendleton. It seemed like a life time ago, but it was only four years earlier when a well-tanned Rob Jacobs, carrying his surfboard under one arm, ran through the Huntington Beach sand toward the huge breakers. Today, it was a different type of sand, this was a sticky, dirty, nasty, blowing kind of sand that stung his face.“See anything, Rob?” asked Private Manny Garcia as he adjusted his goggles. “I can’t see a thing.” “I think I know why they call it Desert Storm,” quipped Rob. “Saw a sand storm near Las Vegas once. Nothing like this” “Vegas! Viva Las Vegas!” crooned Manny, doing his best impression of Elvis Presley. “That’s where I wish I was right now, Vegas!” “There’s something moving over there,” Rob whispered sternly, as he pressed the binoculars tightly up against his eyes. “Oh, it’s just a…lost camel,” he snickered, momentarily cutting the tension. “Wait, I think I see…” “What is it, Rob?” asked Private Sol Grabel as he dove between Rob and Manny, thrusting his rifle forward toward the valley below. Sol slowly rose to his knees and peered through the blowing sand. “I don’t see anything.” The three marines had been high school classmates before joining the corps on the Buddy Plan. They had been Varsity football teammates and CIF-State champs. The stocky Sol Grabel played Center, the broad-shouldered Manny Garcia, fullback, and fair-haired Rob Jacobs was the Quarterback. Rob had turned down a full-ride scholarship at USC, the University of Spoiled Children, as he often called it. Instead, he joined the Marines and now, four years later, he was still calling the plays. “Get down! Get down! TANK! TANK!” yelled Rob as he and the rest of the squad dove face first into the sand dune. “Stay down! I don’t think they saw us. They might go right past…” Rob’s command was interrupted by a deafening explosion that shook the ground. The Iraqi tank was firing on their position. Its first round had blasted a huge crater right in front of them. Several kilometers to their right a fellow marine screamed, “INCOMING!”

Narrowly escaping Desert Storm with his life, Corporal Rob Jacobs returns to southern California to his pregnant wife, Jenny, with a severely injured leg and a growing addiction to pain killers. Unable to find adequate work or acceptable pain management, Rob becomes increasingly depressed and slides deeper into addiction. Though once a hard-working, faithful, Christian husband, Rob abandons his faith and his wife as his addictions spiral out of control, ultimately leading to his incarceration. While in prison, Rob rediscovers his faith in God and repents, hoping to find restoration in Christ, but his young faith is quickly put to the test by divorce, vengeance, and AIDS.

Robert Brunelle was born in New Bedford, Mass. and raised in southern California. He attended Cal State Los Angeles before receiving a Bachelor of Science in Law degree and a Juris Doctorate from Southern California College of Law. Robert is a retired Los Angeles Police Officer and worked for Focus on the Family as a Correspondent Assistant; Prison Fellowship Ministries and the Special Olympics, as Regional Director. Robert was first bitten by the writing bug when he was in elementary school, having his first article published in St. Anthony's Messenger. Later, he served as the Editor-in-Chief of his high school newspaper, and Sports Editor of his Community College newspaper. He is also a graduate of the Institute of Children's Literature, and a writer of children's stories and screenplays. While on the Los Angeles Police Department, Robert was involved in a shootout with armed robbers. It was this harrowing event that caused him to do some serious soul searching and he gave his heart to the Lord. Dedicated to serving the Lord and helping others, he became a volunteer prison chaplain and worked with Chuck Colson's Prison Fellowship Ministries. He also served on the Board of Directors of the Community Action Partnership of San Bernardino County. He is the father of 6 children and the grandfather of 14 grandchildren. He and his wife, Terrie, have been married for 45 years and reside in southern California where they attend Calvary Chapel Chino Valley.