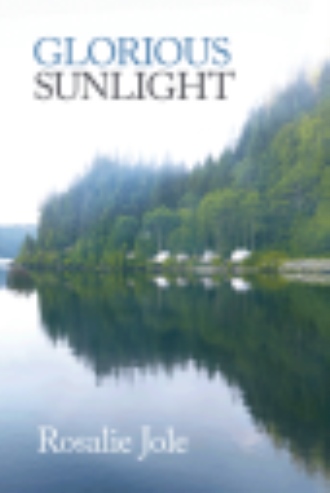 Mark threw a long, powerful cast. The line reached close to the shore. When he tried to pull it in he found that it was stuck on something. He tried some fast quick jerks, but it wouldn’t budge.

Dan could feel the boat rock. “Do you need some help? You snagged something good and hard.”

Mark pulled again. “It’s really stuck; I think we will have to cut the line.”

Dan reached over to get pliers out of the tackle box. He couldn’t quite reach the box, so he stood up fast and tried to move to the other side to balance the boat, but it is too late, the boat rocked and tipped. Dan lost his balance and fell overboard. Mark slid as the boat rocked. He landed on the boat seat and saw Dan fall overboard. It happened so fast.

When Dan came to the top of the water he grabbed for the side of the boat, but he panicked as his head went underwater again. He was terrified and out of breath. He clung to the boat. His boots filled up with water quickly and became heavy, so he tried to kick them off. As he kicked, he let go of his grip on the boat; his boots slid off, and he began to sink.

Mark was petrified, but remembered the rope kept in the bow of the boat. It had rolled under the front seat. He bent down to get it. With the rope in his hand, he moved to toss it far enough, so Dan could catch it. He looked toward the front of the boat. Dan was not there; maybe he had moved to the side to get a better grip. Mark quickly checked all around the boat. Dan must have sunk. Mark dove into the water. He had to find Dan.

Dan held his breath, as the under-current carried him down-stream. He had never learned to swim. All the times he and Mark had gone fishing while they were growing up Mark never guessed that Dan couldn’t swim.

Dan instinctively fought to get to the top. He kicked his feet and pushed his arms. He broke the surface. Just as Mark dove into the water Dan began to sink again. Everything looked gray and hazy. He couldn’t hold his breath much longer. His ears were starting to ring and his lungs hurt.

Mark swam under water and circled the boat. The water was murky, and his vision was limited. After a quick breath he dove under again.

Dan was sure his lungs would burst. A number of thoughts went through his mind. “This is it! This is the end of my life. I am going to drown here! Oh Emmy, I wish I had told you more often that I love you.” A deep, deep sadness engulfed him. “I will never see my little Poadee again.”

The ringing in his ears grew louder. “I will not give up.” He opened his eyes and saw a dark spot directly above, maybe it was the boat. Determined to live, he pushed and kicked toward it. As he rose to the surface, he gulped for air. He flung his arms wildly. He had to stay above the water. If he went down again, he would never come up. His wet clothes made it hard to stay afloat. He tried to kick his legs as he was moving his arms. He seemed to be swimming. “If I could swim, I would have a chance to live,” he thought. He turned his head and saw the boat, he moved forward, but the weight of his wet clothes caused him to sink again.

Mark was getting frantic. He would have to surface for air soon. He swam toward something dark. He hoped it was the boat. He took a deep breath. He was about to dive again when he saw Dan. Dan was kicking and flinging his arms and then he sank again.

Mark knew he had to move quickly now that he knew where Dan was. He dove low in the water and came up right under him, just as Dan was sinking for the third time. Mark grabbed him by the shirt, turned him on his back, and moved his own body directly under Dan’s supporting him he swam and pushed him toward the dark spot he thought was the boat.

Dan was petrified; he grabbed for Mark. The ringing in his head caused him to claw at Mark with an iron death grip.

“Stay calm, buddy,” Mark instructed him. He prayed that Dan would not continue to fight him. He knew that when a person thinks they are drowning they might fight their rescuer. “I got you, just lean back and rest on me. Don’t fight me or I will lose you!”

Dan listened. He was too tired to fight. Hoping he was going to live gave him courage.

Mark pulled himself into the boat. He needed to help Dan into the boat, but was afraid that he might lose his grip and sink again. Mark found the rope and made a loop then tossed it. Dan caught the rope and hung on.

Mark helped Dan get out of his soaked clothes. Then he found a blanket in the car and covered him up. He loaded the boat and put the rest of the fish in milk cans.

He sat beside Dan in the car. “Boy, I though you were a goner.” He choked on a sob, and then leaned over, and pounded Dan on the back and embraced him with a big hug.

“I thought I was going to die!” Dan’s face was drawn and white. He looked at Mark. “I could be dead right now! It seems too incredible to me. I have never thought about death. I am still a young man.” Dan pulled the blanket closer for warmth

"I am truly going to leave home," Emmy Moser has decided.

Marilyn, Emmy's mother, is livid. "You will not leave. Do you hear me? You will not go away for the summer, you ungrateful girl! How dare you conspire with your father against me? It is time for you to get serious about finding a husband."

Emmy backs away from her mother. Her heart is pounding, and her legs shake. Her throat is so dry it closes up. She is afraid to speak. "I must overcome! I must conquer my fear of conflict," she tells herself. She is sure her voice will fail her.

“Mother," she begins, pleased with her strong, firm tone. "I plan on spending this summer with Uncle Carl and his family."

But can Emmy break free of her mother's interference and gain independence?

And most importantly, will she find love? Emmy doesn't even know what she is missing, but she knows she has to give this opportunity a chance.

God has so much in store for her, including love—but at what cost? Emmy can’t even begin to imagine what true love is, but this extended family of hers may hold the key to learning to genuinely love.

Ten years ago, she moved to Florida and began to pursue her lifetime dream of writing.

She grew up in Wisconsin, where her novel takes place and where her two adult children and five grandchildren live.