A SURVIVAL MANUAL FOR BELIEVERS 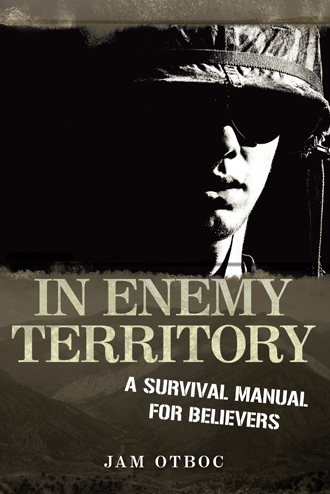 OCONUS is a military term for deployment Outside the Continental United States. Most often this means in a region that one would call ‘enemy territory’. In such a place attack can be expected from any source at any time and soldiers are trained to anticipate such an event and prepare for it. As Christians, we find ourselves deployed by the Holy Spirit in a territory that we are very familiar with but to which we no longer belong. What was our ‘natural’ environment now seems to be hostile towards us. Friends and even close relatives now seem to avoid us and we are under constant attack both behind our backs and to our faces. Before we were saved the world may have seemed to be a pleasant place, but something changes when we receive the Lord. What has changed? Certainly the world around us hasn’t changed. It must have something to do with our ‘salvation’. Jesus made it clear to those who chose to follow Him that they should expect such a change. He made it clear that we can only love the world or Him, not both. We might not have thought about ‘loving’ the world, but there was a certain allegiance to all the things we are familiar with. When we are shipped overseas for a military operation, we really miss the kind of life we enjoyed here. We are attached to our home and we are glad that the deployment to hostile territory is just temporary. But we believers have another home promised to us by the same Lord we trusted in for our salvation. So our deployment here in enemy territory is also temporary and we know in advance how it all ends!

As the son of a gold miner growing up in the Northwest, I was saved in a mining accident at age nineteen. The next ten years were spent attending college to obtain an MS in physics. Following this, my occupation in industry involved computer programming, system engineering and writing.