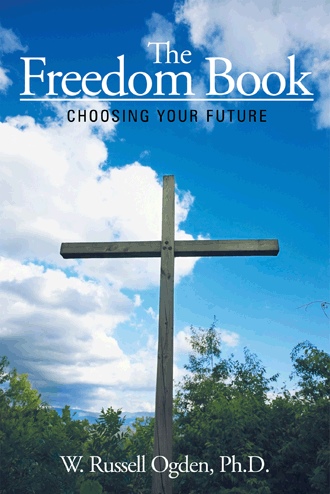 Chapter 1, Paradox: Believing Both Predestination and Free Will

“The man of faith wants both . . . He professes both and with a devout faith he holds to both firmly.”

Summer sun scorched the sands of the southern California desert as war blazed around the globe. A flight of Air Force cadets rested on the rifle range in the shade of their tents. Talk turned to the war. They wondered if they would be wounded, or killed, or come through unscathed.

Nods and grunts indicated consensus. Destinies are determined by powers outside ourselves and there is nothing we can do about them. We may accept them, or rage against them, but we can’t change them. Fatalism won the day.

Many similar discussions have occurred since humans began thinking about the conditions of their existence. Are human destinies determined by fatalism—by God, the pagan gods, the stars, our environment, our genes—or do we determine them by our free wills? To believe that we are predestined and still have free wills is a contradiction. Two contradictory statements cannot both be true at the same time and in the same way. Yet many Christians accept this contradiction and call it paradox, or antinomy.

Paradox comes from two Greek words: para, beside, and dokeo, thought or opinion. It indicates two contrary thoughts held at the same time—thoughts such as predestination and free will. They cannot both be true at the same time. If either is true, the other is false.

Antinomy is from the Greek words anti, against, and nomos, law—against law; synonym for paradox.

Sovereign comes from Old French soverain, and that from Latin superanus, and that from super, which means above: “One who has supremacy, or rank above, or authority over, others; a superior; a ruler, governor, lord, or master (of persons, etc.); applied to Deity in relation to created things.”

Predestination is the doctrine that the eternal destiny of persons is predetermined by God’s unchangeable decree. Many who teach this say it does not deny free will because it only determines a person’s final destiny, not present choices and actions.

Free will is self determination. Each person chooses his or her beliefs and actions according to his or her character and preferences. Lives are not determined by external forces or persons. Free will is diametrically opposed to predestination.

Fatalism is the belief that, “All events occur according to a fixed and inevitable destiny that individual will neither controls nor affects. . . Fatalism appeared among the ancient Hebrews, Greeks, and Romans and today is particularly prevalent among Muslims.”

It is common in daily life to hear people talk as though fatalism is the cause of everything that happens from falling in love to falling off a cliff, from winning a lottery to losing a fortune, from being healthy to having cancer. Does fate determine all of these things? Does God determine them? The question is not about what God can do, but about what he actually does. Many things happen that he does not do, but fatalism blames him for them. Consider the following cases.

Building on a Fault Line

A television documentary on California's San Andreas Fault showed roads, fences and buildings on the fault line that had been broken and separated horizontally by several feet. As the tectonic Pacific plate grinds relentlessly northward against the North American plate, the ragged edges bind and then release causing earthquakes.

A family near Oakland Bay was building a new house on the fault line. The television reporter asked, “Aren't you afraid that an earthquake will destroy your house and injure you?”

She knew nothing of tectonic plates and fault lines, but she believed that God determines all things; it is our duty is to accept them. When an earthquake destroys her house, she will say this is the will of God.

A devastating earthquake shook Guatemala. Twenty thousand people were killed and forty thousand were injured. In the United States, an evangelical editor raised the question, “Was God in Guatemala?”

Do we as Bible-believing Christians not teach that God is both all-powerful and all-loving?  How do such terrifying ‘acts of God,’ as we call them, fit into the concept that an all-wise, all-powerful God has everything under His providential control?

He advised Christians to use this opportunity to show compassion and not to attempt glib explanations. He said that God has the spiritual good of mankind in view: “This may mean God will deprive one of material wealth that he may gain 'true riches'.”

Sympathy with the editor's intention does not compel us to agree with his counsel. People who were killed gained nothing; heaven is not gained by dying in an earthquake. Most of the people who were injured probably gained nothing; they lost material wealth, physical health, and did not necessarily gain true riches. It is possible that some heard the gospel and put their faith in Christ. It is equally possible that some turned away from God, blaming him for the tragedy.

The editor's attempt at comfort demonstrates how far short we fall when we say God determines everything that happens. Predestination is not a comforting word to people suffering from disasters.

Why was Tony Shot?

Tony Choe came from China to America looking for a better life. He did well in school, served in the Marine Corps and became manager of Big Ben Liquors on North Capitol Street in Washington, D.C. Everyone liked Tony. For seven years he found the better life.

Then a couple of kids he had never seen before came into the store to  rob him. In their excitement they shot Tony in the spine, paralyzing his legs. He will spend the rest of his life in a wheel chair. He was young; most of his life was before him; every-one agreed that he didn't deserve this. The Washington Post Sunday magazine headlined the story, “Why? Why? Why?”

“Why” questions assume someone with intelligence and purpose determined the event. Was it God? Was it fate? The cause and the reason are not discernable. There is, however, another explanation of Tony’s tragedy.

He was shot because God allows humans to exercise free will. Two boys, committed to violence, thought they could get what they wanted with a gun. Their disregard for human life caused them to shoot Tony; street killings were happening daily in Washington, D.C. at that time. The bullet was not guided by God but by the aim of the gun. God did not intervene to stop it because he is not ready to judge the world. God may work through this tragedy to turn Tony and others to himself, but he did not cause it.

Freedom is America’s highest value. We are “the land of the free and the home of the brave.” The stars and stripes of our flag wave “Freedom” over our embassies around the world. Immigrants risk their lives to gain freedom in America. The Statue of Liberty welcomes them to our shores. Our laws are designed to protect physical and political freedom for all citizens equally.

Spiritual freedom is the Christian’s highest value. This is the basis of all the freedoms we enjoy. The Freedom Book traces the history of freedom—how God gave us freedom at creation, how it was impaired by the fall in Eden and how Jesus Christ restored it through his death on the cross and resurrection to eternal life.

Not all truth is liberating, but the truth of God’s word is liberating. Jesus said, “If you abide in my word, you are truly my disciples, and you will know the truth, and (this) truth will set you free” (John 8:31-32). This book can guide you on the path to true freedom.

Russ Ogden grew up in Los Angeles, California. In World War II, he became a fighter pilot in the P-51-D Mustang but saw no combat. He served as a pastor in the Fellowship of Grace Brethren Churches for forty-four years in five states. He and his wife, Betty, live in Indianapolis.