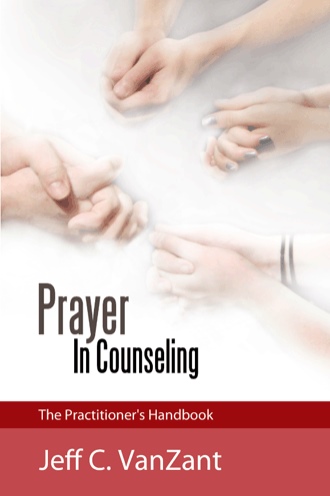 The Religious Disconnect of Clinical Psychologists with the Rest of America . . . . . . 28

Common Countertransference With Those Dissuaded From Integration . . . . . . 30

Countertransference Among Therapists Choosing to Use Prayer . . . . . . 42

Introduction: The Prevalence of Prayer Among Christian Counselors . . . . . .

“Shall we not go to … enroll our names … anew in that school … always … open for those who long to continue their studies in the Divine art of prayer and intercession?” A. Murray

In this book I argue for a greater acceptance of Christian prayer in both mainstream psychology as well as pastoral and other decidedly-Christian counseling environments. The efficacy of prayer in a variety of counseling settings can be confirmed based on both the available empirical as well as anecdotal evidence. The appropriateness of prayer in therapy is approached from a perspective of the general cultural definition, understanding, and practice of Christian prayer in its various forms with attention given to those contexts, applications, and clientele for whom prayer might be most beneficial. Consideration is also given to those situations and dynamics that could be contraindicative for prayer.

First, a discussion of several recent distant intercessory prayer studies lays the foundation for an exploration of the unique challenges and problems associated with scientific attempts to validate the efficacy of prayer. The choice to integrate prayer with therapy is philosophically and empirically analyzed from every vantage across the spectrum: from avoidance and neglect to excessive and unwise usage and every option in between. Ethical considerations surrounding the issues of when and how to integrate prayer into therapy are explored in light of potential dilemmas and the role of supervision in prayer.

Next, various hindrances to effective prayer are identified via scripture and the unique roles and therapeutic functions prayer brings to specific situations and populations are surfaced and examined. Finally, an investigation of the purpose and efficacy of inner healing prayer is presented along with some practical tips to make prayer a successful spiritual intervention in the counseling arena.

If you were told there existed an aid to therapy and the counseling process that could provide quantum-level breakthroughs for the most troubled clients in less time than they were currently investing would you be interested? Could you objectively consider and weigh a chorus of evidence, both empirical and anecdotal, that indicates that this aid could indeed effectively address the most complex forms of relational and emotional woundedness, behavior disorders, and even addiction? Prayer is an age-old enterprise but one that has often been equated with religious activity and so is frequently compartmentalized to religious settings. Consequently, prayer and its relationship to the therapeutic process has summarily been dismissed, marginalized, or flat-out ignored by the majority of the mental health profession … until now. Prayer, as a resource for both counselor and counselee, has quietly become a subject of interest that has steadily increased over the last two decades and is now finding emergence not only in faith-based settings but in the mainstream, secular mental health profession as well…

“Prayer in Counseling … The Practitioner’s Handbook” is a bold apologetic for seeing greater use of prayer with the practice of counseling and psychotherapy in faith-based community, pastoral, and mainstream counseling settings. Using the evidence-based results of the best research studies and client surveys on the efficacy of prayer, the choice to integrate prayer with therapy is philosophically and empirically analyzed from every vantage. Practical examples, key filtering questions, and “tried and true” guidelines help the reader find a balance between the two extremes of avoidance/neglect of prayer as well as excessive/unwise usage. Gathering the best wisdom from the existing literature, the author builds a strong case to view prayer and counseling as unique but complementary avenues for dynamic change in a person’s life. In light of potential counseling dilemmas and the need for healthy accountability “Prayer in Counseling” provides a roadmap to navigate the challenging ethical considerations of when and how to integrate prayer into therapy. Scriptural hindrances to effective prayer are identified and then contrasted against biblical principles and practical direction to make prayer a powerful, healing, and successful spiritual intervention in the counseling arena.

Jeff VanZant started counseling professionally in 1993 working with various domestic violence treatment programs around Seattle and is uniquely qualified to speak to the enterprise of prayer in counseling with graduate degrees in ministry and psychology. Jeff currently works as a therapist with Meier Clinics, a nationally recognized faith-based treatment provider.