A Call to Repentance for Evangelical America 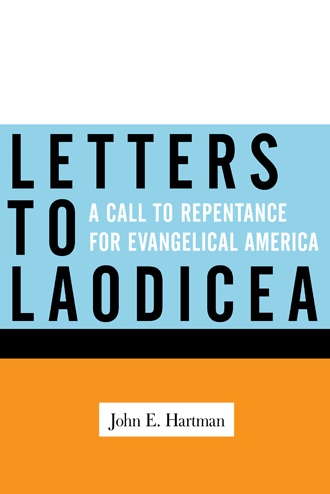 Chapter 1 – Impact of the World on the Church

The Sermon on the Mount cuts deeply through our self-protective layers to the reality of the human condition and our pitiful state before God. The moral demands of the Sermon are overwhelming in their impact, and its epigrammatic pronouncements encompass much in few words. The fourth Beatitude proclaims blessings on “those who hunger and thirst for righteousness, for they shall be satisfied”. The imagery of this statement is powerful. Hunger is the universal experience of every person. It is compelling, an inner demand that will not let us rest until it is satisfied, and that only for a time until it rises yet again from within in a never ending repetition. Thirst is still more demanding, driven by the reality that the body will usually die following four days without water. If we had no hunger and no thirst we would not survive. We would be starving yet like the man who has just finished a huge meal and looks at another serving as repulsive. We would be dehydrated yet like one satiated with water to the point where it is completely tasteless. We would die and never know the joy of eating and drinking, of a great meal, or of a cold drink on a hot summer day. What then does it mean to hunger and thirst for righteousness that reflects the character of our Lord? Drawing from the physical comparison it means to so desire righteousness that it compels and consumes us in a search to obtain it. Righteousness becomes so vital to us that we cannot live without it. This has become something strangely difficult for Christians to grasp, influenced by the contemporary world of secular America where righteousness is far from the top of the list in our personal and national priorities. The culture of the West is a culture consumed with hunger and thirst for the satisfaction of the self, including the desires of the physical flesh and the “spiritual” flesh of the soul with its mind, will, and emotions. The supreme yet unspoken purpose is to live life in security, happiness, and satisfaction without interference from God, at least the God revealed to us in the Scriptures. If He is recognized at all God is seen as our servant, a genie on call at the drop of a prayer to provide for our needs and wants. The church has been infected with this perspective.

The world is constantly trying to shape our thinking as we swim in a sea of voices coming from every direction and in multimedia form advocating for a world without God. Day after day they speak, some softly, some stridently, some in words, many in music and penetrating images. Like streams of water flowing over the rocks their message has worn us down and reshaped us unawares. In spiritual slumber we have joined those thirsty for the satisfaction of the self while losing the taste for righteous living and fellowship with God.

The result for American evangelicals is a church that is not really a church. It goes about its operations as usual, but with limited effect. We have a form or shadow of godliness but deny its power by living a life centered on us rather than God in the street-level world of daily circumstance. Our weakness is evident to those on the outside. We have lost their respect because we live much as they do, absent the more extreme excesses and acts of disobedience characteristic of our day. How can we speak to immorality when our people are morally compromised? How can we challenge the thinking of modernity and post-modernity when we know little of the Scripture and its teaching? How can we counter what we have unknowingly absorbed?

For those who doubt these words and see the church as stronger than this description they need to look at the next generation, a generation brought up in our homes and churches. This is a generation entertained by youth groups and the contemporary church experience while being fed little of substance beyond a fragile moralism insufficient to stand against an aggressively hostile world. What has happened to them? Many have caved to the immorality of the hook-up and drug world of public high schools. They may curb their involvement a bit and keep a lower profile, but they have bought into the thinking in their hearts. When they go to college they quickly integrate into the system and are often not seen again in the community of believers. Those having greater resistance and a little strength may survive high school and the universities with the help of spiritual brothers and sisters along the way, but they emerge into adulthood often compromised in their thinking and behavior because we did not give them the heritage of a living and in-depth relationship with the Lord.

Those who thirst for Christ and His righteousness need much encouragement and provision. Such righteousness is not a matter of rules, but of a pure heart filled with the Spirit and possessing His fruit. No one other than the Lord has ever had this kind of righteousness in perfection, but that does not remove the compelling need to seek it so that we may live as His presence in a hostile world. Otherwise the falling away of the church will continue and our opportunity to retrieve some from the burning will pass us by. The church has always faced challenges, but their form and intensity has varied through the centuries. The present moment is one of great pressure for believers. In the West it is the pressure of an aggressively defiant secular culture which is seeking to compartmentalize and marginalize Christians while diminishing the message of the gospel. In the global south it is the powerful pressure of persecution as the rapidly growing number of new believers becomes an expanding target for the anger of the enemy. This pattern of spiritual coldness on the one hand and growth accompanied by increased struggle on the other is what one would expect particularly as the time of the Lord’s return nears. These are times of growing spiritual stress, reflecting the invisible cosmic conflict hidden in the darkness which will culminate finally in the destruction of Satan’s kingdom by the true King as He establishes His kingdom worldwide.

Evangelical Christians have a long and influential history in the United States. In recent decades modern culture has penetrated the evangelical community causing it to stray far from its roots.

Letters to Laodicea: A Call to Repentance for Evangelical America grew out of an Internet dialogue between author John E. Hartman and his son concerning the deep decline in evangelical churches in America and the collapse of Western culture generally. Hartman’s work opens the eyes of many who do not realize what is happening to the evangelical community. Learn some of the reasons we are losing our message and the spiritual vitality central to spiritual maturity. Discover how evangelicals are committing spiritual adultery in their deepening love affair with the world. Many have exchanged the gospel for therapy and a compromised message with little authority, life, and power.

However, there is a way out of the ongoing collapse in a lifestyle of repentance and a return to basic spiritual and life disciplines. The possibility of presenting the gospel witness to a culture dying from within and facing enormous problems it cannot resolve hangs in part on what happens to the American evangelical community. Letters to Laodicea: A Call to Repentance for Evangelical America opens the door to a new level of Christian spirituality and ministry opportunity for those willing to meet the challenge to look deeper and make radical spiritual change in a time of turmoil, mixed with the potential for good.

John E. Hartman earned a bachelor’s degree from George Washington University and a master’s in biblical studies from Capital Bible Seminary. After retiring from a career in government, he spent several years as a member of the Capital Bible Seminary staff. He has taught adult Bible classes for thirty-six years.