…a journey of hearts 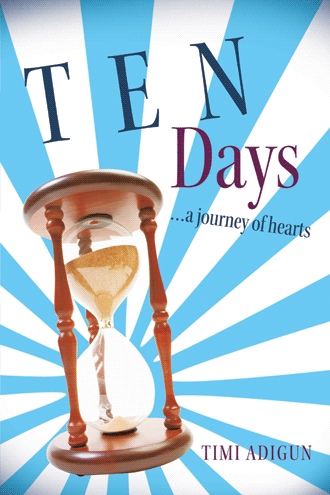 Fatima arrives the conference with a desire to reach as many students as possible for Jesus. She meets a handsome boy in the process and likes him very much but he wants more than friendship. She has to make a choice between him and God...she has only ten days to do so.

George, a tall basketball player; a boy many girls would die for, develops feelings for two girls almost at the same time and wonders who to choose. Still struggling with his emotions, his worst nightmare catches up with him and he fears he will lose everything he ever held dear.

Tara had become a crying machine over the past few months. She was still mourning the death of her unborn child; a child her boyfriend and mother had made her abort. She meets a group of friends at the conference and her life changes drastically.

Stanley comes to the conference with only one purpose in mind: to sleep with as many girls as possible in ten days. He would go any length to have them even if it meant resorting to rape. How far would he go? How many innocent girls would be ruined?

Timi Adigun is known for his suspense-filled and heartwarming stories. His works have been featured in many teenage-related publications. He is the editor of MINE Magazine; a free Christian teenage magazine that is highly sort after across the different states of Nigeria. He works in Lagos, Nigeria.