A Journey from the Boat to the Shore, Culminating at the Cross 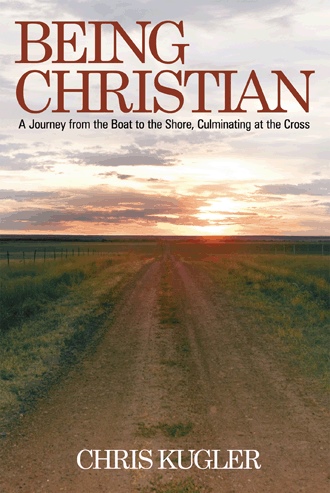 Evangelism in a Changing World

What is the Gospel

This can be a very difficult topic to discuss, not to mention a topic of continued, heated debate. Understanding the gospel is not a small issue that can be discussed in a subsection such as this, but I wanted to offer you insights and direction for further, hopefully helpful reading. The gospel first starts with understanding God’s intended purpose in creating the world; then, understanding what actually went wrong in Genesis 3. To our surprise, nowhere in the chapter of Genesis 3 does it say anything along the lines of “the image of God in you is completely marred,” or, “humans relationship with God is now fractured.” These have been popular assumptions not least in the Western world; however, the passage simply doesn’t say that. In fact, the point of the passage, is that God “curses” the cosmos (earth) and that this “curse” is somehow the antithesis to what was occurring in Genesis 1, namely, God’s righteous rule and stewardship over creation.

Just another book about Christianity? Maybe, and then again maybe not. Many people in today’s world view Christianity as an option or alternative to any of the other dominant religions. It consists of a God, a key character (Jesus), and a rulebook (the Bible). Right? Maybe not. Being Christian will critically walk you through what it means to meet and engage the God of Jesus. It will then critically assess what the overarching theme of the Bible is, and exactly what kind of life the Bible is urging us to live. This book turns the volume up on the true message of the Bible, and some readers will be delighted and others disturbed. You will see that the Bible is not “basic instructions before leaving Earth,” but it is a deeply profound, brilliant, provocative, engaging, and ultimately life-giving book. By the end, you will be challenged by what it means to be Christian.

Chris Kugler lives in Cleveland, Tennessee, the town where he was born and raised. He is finishing up undergraduate work at Lee University in Cleveland and has aspirations to pursue divinity school and eventually a doctorate. Chris’s long-term plans are to be a theologian and contribute to the long literary and theological history of the Christian tradition.