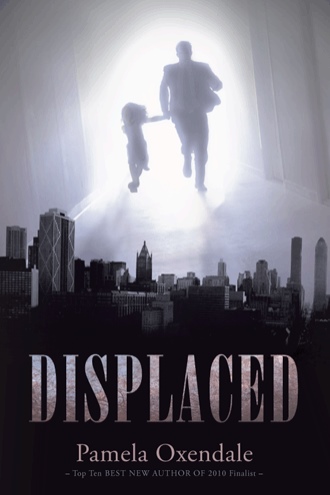 
The harsh, unexpected ring of the kitchen phone interrupted Mac’s evening solitude as he performed the mundane but satisfying task of cleaning his gun. Normally he would let the phone ring until his wife, Ginny, picked it up, but at 7:45 he knew she was seated on their daughter’s bed turning pages in a storybook. Quickly setting his gun barrel down on the cleaning cloth at the kitchen table, he reached for the receiver on the adjacent wall.

“McCoy here.” The mild annoyance he felt seeped into his voice.

“I hope I’m not disturbing you, Deputy.”

“All right, I’ll get to the point. Deputy McCoy, are you prepared to take custody of a Mob witness tonight?”

“Yes sir.” Mac felt a tingling in his chest that spread to his entire body. A twenty-six year old General Schedule-5 Deputy never got assigned to witness protection. There were ten experienced GS-9 deputies and six GS-11s in the Northern Illinois District for Captain Brooks to consider before Mac. But the Captain wouldn’t call this late in the evening if he planned to give the assignment to any one else.

Mac licked his bottom lip. Frustrated as he had been with the acidhead job from three weeks earlier, he grudgingly accepted the wisdom of Walt’s admonition. So what did the Captain’s request mean? Witness protection was no small assignment. In fact, every deputy in the district would clamor for this job once it became known.

“The US District Attorney hasn’t called yet or I would give you the schedule. This is simply a heads-up. I don’t expect the request for our services until after midnight.” The Captain paused.

“The defendant is Joe Bellalonna, Ray Lombardo’s chauffeur. He made a confession to the FBI today, fingered nine members of the Outfit’s administration including his boss Lombardo.”

Elton “Mac” McCoy, a rookie US Marshal, must protect a small child from the Chicago Mob in a decade when the Mafia ruled the streets, the police, and City Hall.


Six-year-old Cianna, the sole witness to her family’s murders, carries the burden of testifying against the powerful and charismatic Mob boss, Ray Lombardo.


Lombardo, censured by an aging but shrewd godfather, finds himself under pressure to wipe out the incriminating witness or lose face with the administration he has set his sights on ruling.


A psychologist’s decision, a judge’s ruling, a corrupt police officer, and a sharp-shooting sniper work to stop Cianna from ever entering the courtroom.


But as Cianna walks the white marbled halls of the Chicago Federal Building, Mac senses a rush of victory. Has he failed to remember the pervasive influence of his underworld adversary?

Pamela Oxendale, raised by the son of Italian immigrants who left the streets of Cicero for a better life in the service, grew up on air force bases around the globe. Pamela now lives in northern Arizona with her husband. Her greatest passion is revealing “the hope of glory.”