Secrets of the Apostles

The Stories You Do Not Hear in Sunday School 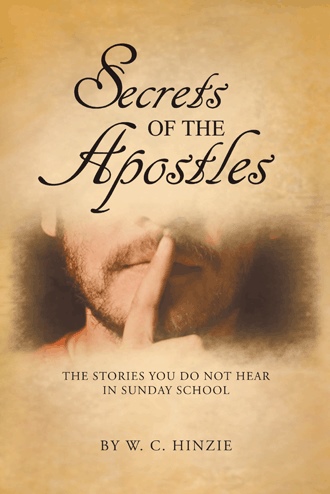 The summer night was thick in the damp dungeon and the presence and smells from the other prisoners felt like a foul spirit pressing in upon him. He wanted to escape from it, but to where? Should he venture back to Jerusalem or to Antioch for a teaching? Perhaps he could accomplish another miracle healing the Lord would perform through him? No, that was his past calling. But what lies ahead he asked himself, knowing the answer before he asked it? Perhaps I will be released and can be strengthened and encouraged by building up the brothers and sisters in the catacombs below Rome? How could I better help the poor in Rome or appoint elders through the laying on of hands? Peter may have thought these words and many more as he awaited execution at the command of Nero in the late 60’s AD.

His chains rattled as he strained at the shackles attempting to see out the bars to the little light there was. Attempting to pierce the darkness that was Nero’s dungeon was futile. Somewhere in this dark and wicked place was his friend and fellow apostle, Paul, awaiting a similar fate? After several days without food, his mind reeled from hunger. Yet he prayed almost constantly that the Church of Jesus Christ grow in maturity and size. He also prayed for Paul and all of his fellow apostles who had not preceded him in death and also those disciples still ministering among the nations without fear of Rome.

Had he run the race set before him with vigor and had been true to the Lord Jesus? A flashback of memory came reminding him of the early days of ministry and the unbelieving stubborn streak which always seemed to be present. The encounter with Paul in Galatia, cutting off the High Priest’s servant’s ear, and the denials of Christ flashed before him. At least today he could repent freely when found wrong in his thinking or ministry to the Jews and Gentiles. Because he could see the finish line it was time to finish the race with dignity and grace. No more stubbornness or pride. I imagine that the voice of the Holy Spirit said to him over and over at this crucial hour, “forget your fears and follow me.” That advice reminded Peter of the theme of his early life in Christ, fears were always something ingrained in a fisherman from Galilee. He was no exception. There was always the fear of failure and the fear of what lurks in the waters below. He may have laughed to himself as these fears rolled through his head in spite of the numerous Roman, Greek and Jewish officials he had stood up to in the past thirty-five years. Their rigid and authoritative faces flashed before him like a bad dream longing to oppress the dreamer. But he smiled deeply as he knew that he would have the last laugh in eternity. For all of these men had warned him again and again to ‘shut up and stop talking about Jesus of Nazareth.’

I envision Peter saying to himself “hold those emotions and look death straight in the eye Peter. Be fearless, for all they can do is kill my earthly body, not my spirit and soul. At this time tomorrow I will be with the Lord Jesus in Paradise and I will have started an entire new way of life. The Church will survive without me and even prosper because of my death.” The Apostle Peter could say this because he had practiced listening to the voice of the Holy Spirit within him and knew well that he was hearing the true voice.

Secret: Know the voice of the Lord and be willing to listen and then act in your crisis

After this assurance, if Peter could have lain down and rested, he would have slept peacefully. But hanging from his shackles, he slept for only a few moments. Later he welcomed a few moments of sleep and experienced a few brief minutes from the pain that early morning of his execution. At his request, he would be mounted upside down on a Roman cross, because he did not consider himself worthy to die in the same manner as his Savior. These and many other thoughts may have crowded Peter’s mind while awaiting execution at the hands of his enemies.

Paul’s execution followed the death of Peter because neither would acknowledge that Nero Claudius Caesar Germanicus was lord and they both continued to preach Jesus Christ as Lord. Paul’s death was by sword when he was beheaded at the command of Nero, Caesar of Rome. Both bodies were taken up by night and buried with great honor by the Christian Church in Rome. Their burial plots became gathering places for the Church in Rome at that time. Martyrdom was taught by the original eleven apostles to be the ultimate measure of their value as a minister of the Gospel. The original apostles, like their Lord would not be silent in the face of opposition.

This study describes the lives of the twelve disciples called by Jesus Christ for training, repentance, and transformation into effective and spirit-filled apostles. They were charged with establishing the Church of Jesus Christ in the hostile world of Jewish, Greek, Roman, and many other groups of intense unbelievers.

They were laymen, untrained in deep Jewish doctrine but practiced as businessmen and filled with zeal for the Jewish Messiah to return. They wanted to be a part of his new kingdom and expected major roles in ruling Israel. They became the first of many converts to see that the Jews had missed the heart of God’s message and the new message was that they would die to their own minds, wills, and emotional structures and replace it with the will of their Father through the Holy Spirit.

Jesus taught them for more than ten thousand hours of practical ministry, teaching, and supernatural endowment during their time together. This is considerably more hours than it takes to achieve a doctorate in theology today. In this time, they were still incapable of standing up to the Jewish authorities, until endued with power from on high at Pentecost. These secrets, which the apostles found in their ministries, will help the disciple who is serious about transforming his or her life and knowledge of the Gospel into effective ministry.

W.C. Hinzie has been a layman and teacher of the Bible for the past thirty-five years, with the majority of studies in the New Testament Church formation, structure, and growth in the first century. He has owned several businesses, served in Vietnam, and been a teaching elder in several churches.

You do not have to be around "W C" long to realize that his heart has been captivated by Jesus and is a passionate Christ follower. It is within the pages of this book that the transparency of his passion is realized as he takes us on a journey into discovering the hearts of the twelve apostles. I invite you to join this journey and get to know the followers of Jesus in such an intimate way that you may find yourself woven within the tapestry of this journey.