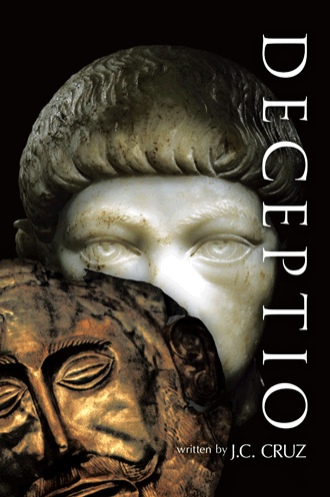 “Three months after we met, he asked me to marry him.” There was a smile on her face as her memories carried her back into a more pleasant past. “I was so ecstatic. But my parents disapproved. They said I was too young, that I had my life ahead me. They wanted me to finish college before talking about marriage. But of course they couldn’t stop me. They pleaded with me to wait till I had finished college. I couldn’t wait for the next three or four years to get married. We were so in love, we felt our love could conquer any problems we faced.” “Four months after we got married, I became pregnant. We were so ecstatic. It seemed as if we were always going to be happy. We couldn’t wait to have a child of our own, a boy or a girl that we would love unconditionally. The first few months of the pregnancy were terrible. The morning sickness was awful. I couldn’t seem to keep anything in. But it was a discomfort I was happy to bear. Then that passed and everything went smoothly. It was a lovely time for both of us. We could hardly wait for the baby to arrive.” “Then in the seventh month of the pregnancy, I felt a sharp pain in my tummy. Immediately, I thought of the baby. I was so scared.” As she went back into the painful part of her past, her voice dropped so low that he had to strain to hear what she had to say. “I called Craig and he came rushing to the house. We went to the hospital and they told us there were complications and they would have to deliver the baby. I was delivered of a little baby girl by caesarean that afternoon. She was so tiny and so perfect. From the moment we saw her, we loved her as our very own. We couldn’t wait to take her home with us.” She began to rock back and forth in the chair with the pain of the memories. “But the doctors said we couldn’t take her home, that there were problems with her. They said she hadn’t grown as she should. They said that her internal organs were not fully developed and that they didn’t expect her to live more than a day or two. They said that even if she did survive, she would be a vegetable for the rest of her life.” “We were devastated. We wondered what had gone wrong. I wondered what I had done wrong. I had really tried to eat well and not take any alcohol or anything. It was our first baby you know,” she said, turning to look at Morton. “We wanted to do everything thing right. We cried so much those two days she was alive. We had already named her Claire after his mother.” “We were saying goodbye to Claire when a nurse walked up to us.” Now her voice grew stronger with the emotion running through her. “It was one of those religious hospitals, you know. One of those hospitals run by the Catholic Church. The nurse was a nun. We were holding Claire and crying. She walks up to us, and she says “Don’t cry, it wasn’t your fault. It’s God’s will. He knows best.” She bit the last few words out, with tears streaming down her face. “How could she say such a terrible thing? That there’s a God somewhere who’s rejoicing over the death of innocent little babies? I just lost it then. Craig had to restrain me or I would have killed that nurse.” “How can there be a God when there’s so much pain in the world? How can there be a God when murderers and serial killers are busy slaughtering people in their thousands? How can there be a God when my little Claire who had never hurt anyone had to die? How can there be a God when natural disasters happen and thousands of people die and he does nothing to stop the death and carnage? When murderers and other crazy people are growing old and good people are dying young?” There was so much anguish in her voice; Morton wished he could get up and go to her and hold her, just comfort her. But he didn’t move from where he sat. Her voice strengthened in anger as she continued. “There and then I made up my mind that there was no God. And I told myself that I was going to show the whole world that there was no God. I would do all in my power to ensure that people knew that there was no God. I was going to do my best to show anyone stupid enough to believe that God exists that they’re wrong.” “Don’t you believe everyone has a right to believe whatever they want to believe? No matter how stupid or foolish it may sound to you? People have a right to believe in God if they want to.” “There is no God,” she said vehemently. “People need to see that. When I become president, I am going to remove God from America. You think the removal of God and prayer from schools was bad? When I become president, I will enter into your churches and remove God from your services and your programs. I will pass laws that make it illegal for you to speak of your faith or Jesus or God to anyone who is of a different faith on the grounds that you’re infringing on their rights. I will prosecute your pastors and your bishops who speak against anything the state says is lawful. I don’t care if the Bible says it’s wrong. I will make the Bible just like any piece of literature. I will make it redundant. There will be place for all that religious nonsense when I’m president.”

Senator Robert Partridge is killed in front of his wife and children, seconds after announcing his intention of running for the office of president of the United States. His assassination is blamed on Christian fundamentalists who are opposed to his views.

His death changes the lives of three people connected to him forever, including the life of the man who was paid to kill him. For the sake of the wife, he sets about trying to unmask the killers. As he does so, he is drawn into a deeper and deeper pit of deception and duplicity.

J C Cruz is an avid fan of the thriller and action genres of novels. The novel is based on his interpretation of contemporary issues and the age long battle between good and evil. Cruz is also a lawyer.