From the Creation to the Revelation 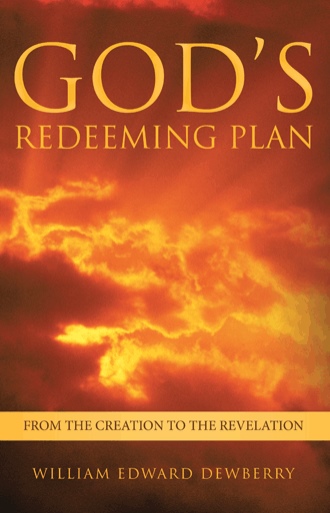 John explains the theme of the book of Revelation as a certainty that Jesus is coming back to execute judgment upon the ungodly and reward the saints. Christians can take heart and magnify their hope, because some day Jesus will return and justice will prevail over all sin and evil. The Bible repeatedly declares that Christ is coming back, and John wrote that he is coming in the clouds, and everyone will see him when he comes. A sound like a trumpet will be heard to get people’s attention, and they will look up and see Christ coming in the clouds with thousands of angels. It will be a sorrowful time for the ungodly people, because Christ is coming to judge people based on their faith in Christ Jesus.
The book of Revelation was written near the end of the first century when Christians were being persecuted daily. After John wrote the book of Revelation, Christians had access to the encouraging words of Christ regarding their ultimate victory at the end of time, a victory that will end all persecution against God’s people. The writers of the New Testament warned Christians about persecution, but they also wrote about the Spirit of God that will give Christians strength to patiently endure life, no matter what may happen. Revelation gives Christians assurance that Christ will return to reward the redeemed with a home in heaven, and God will pour out His wrath on Satan and his followers at the end of time.
The book of Revelation is called the apocalypse, because it contains supernatural visions, which reveal past, present and future events. It is prophetic, because we are still waiting for the end time to appear. By reading Revelation, we can gain knowledge of the coming events of the end time and the end of time. God’s provision for mans salvation was accomplished by Christ when he came the first time, and it will be fully realized when he returns at the end of time.
The events in Revelation that take place during the end time and the end of time are called eschatology, because they are composed of the last or final events on earth including death, the final judgment of God, and heaven and hell. Revelation is a book about the present and the future, and it offers hope to all believers in every generation.
I believe many have failed to understand Revelation today because they attempt to interpret Revelation in a chronological way from chapter 1 through chapter 22, but no one has been able to establish a believable chronological order. The best way to understand Revelation is to compare its message to the other scriptures in the Bible, and approach the study by dividing the book into sections. Each section contains different events of the end time and end of time, and a period of time when the end time and the end of time will merge together. Altogether the sections reveal the most important information when the end time merges into the end of time when Christ appears in glory in the clouds to reward His faithful and destroys his enemies.
Not all of the visions John sees in heaven are recorded in every section, and a chronological order for every event is impossible to establish. Some of all of the events appear in each section, but not all of the events appear in a single section.
Most of the events in Revelation will take place after Satan is released from his imprisonment in the Abyss allowing him to wage war on God’s people and deceive the people of the world. This will be the end time, a brief period of time that precedes the end of time. It is mentioned in the book of Daniel where it is described as a time of great pain and sorrow that will be worse than any other time. The end of time will be apparent by the second coming of Christ after the end time period, and all people will see Christ coming in the clouds.

Section 1 Chapters 1-3: A brief introduction and the letters to the seven churches of Asia.

Section 2 Chapters 4-7: Begins with a scene in heaven, and the Lamb receives a scroll that only He can open. God is Sovereign in heaven and on earth, a narrow view in figurative language of events that take place between the first and second coming of Christ including events of the end of time; a scene in heaven with the multitude of souls that were saved at the end of time.

Section 3 Chapters 8-11: Begins with events within the first century and is a response to the prayers of the saints, and it ends with the second coming of Christ and the final judgment at the end of time.

Section 5 Chapters 15-16: Seven angels with the seven last plagues of the end time, the seven bowls of God’s wrath. This period of time ends when Christ returns to gather up the redeemed from the earth, and the wrath of God is poured out on the unbelievers and ungodly.

Section 6 Chapters 17, 18 and 19: A different view of the end time when God’s final judgment takes place at the second coming of Christ.

Section 7 Chapters 20, 21 and 22: A synopsis beginning with the first century and ending with the end of time: The final conclusion of God’s redeeming plan, the final judgment, the final destruction of evil and wickedness, including Satan, and the destruction of earth. The new heaven and new earth for the redeemed. 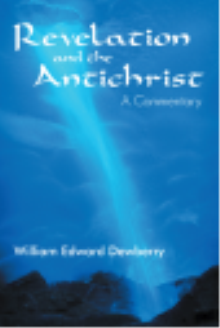 This book is about the hope of mankind for a more satisfying and meaningful life based on the knowledge of God and Christ. A better understanding of the Word of God results in producing faith, hope, and love in the hearts of readers and believers. The complete Word of God revealed in the Bible is believed and practiced by millions. This book is written in language that is easy to understand and reveals the mystery of salvation for everyone.

Author William Edward Dewberry hopes to give a comprehensible view of God’s plan that will lead readers to examine the Holy Scriptures more thoroughly and become better acquainted with the plan of God that is able to lead a person to salvation through their faith in Christ. “The word is near you, in your mouth and in your heart [that is, the word of faith that we preach] that if you confess with your mouth the Lord Jesus and believe in your heart that God raised Him from the dead, you will be saved. For whoever calls on the name of the Lord shall be saved.” (Romans 10)

This book explains the redeeming plan of God, the great benefits of believing, and the dire consequences of ignoring the Creator and His Son, Jesus Christ. It explains God’s plan from the day of creation to the day that the earth and everything in it will be destroyed by extreme heat. “But the day of the Lord will come as a thief in the night, in which the heavens will pass away with a great noise, and the elements will melt with fervent heat; both the earth and the works that are in it will be burned up. Therefore since all these things will be dissolved, what manner of persons ought you to be in holy conduct and godliness.” (2nd Peter 3:10-11)

William Edward Dewberry is retired from ATT, where he worked as a data communications technician. He has been married to Uvonne for fifty-seven years. They presently live in St Francis Village near Ft. Worth, Texas. He has served in his church as a teacher, elder, deacon, and itinerant preacher.