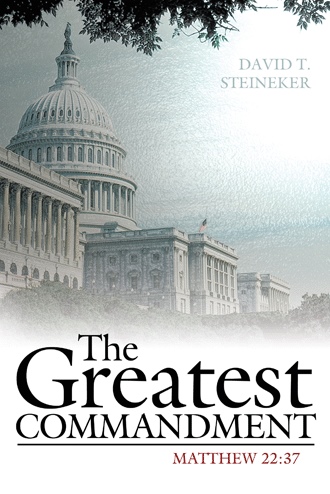 God is perfect, he created you that way. The sinful nature that you inherited from Adam and Eve blinds you from seeing Heaven and your sin results. A common use of prayer concerns problem solving, since we lack the ability to see beyond this world. Just one lie is all it takes to resemble Satan. Thus without a sacrifice, people would have no reason to change their ways. If you commit a crime and are found guilty, the fine or sentence associated with the verdict is a sacrifice meant to prevent you from repeating the crime. Which means the more you grow in Christ, the more you should miss him in the flesh.


Jesus could be living in your house right now based on what we are learning about the telomere and how the cell ages; telomerase prevents telomere shortening and replicative senescence.

(http://mcb.berkeley.edu/courses/mcb135k/telomeres.html) Living things on the planet don’t all have the same life span. Free will dictates that there must be a heaven and a hell. The question is, are you good enough to defeat Satan? To be victorious against Satan requires living a life free of evil decisions. Just one lie is all it takes to resemble Satan and for him to say, "You are just like me". And for this reason many fear Satan, since resembling him makes us a child of his. Thus we have given him the power to mistreat us. This answers the question as to why bad things can happen to good people.

Satan hates free will; he desires to tell you exactly what to do and if it were up to him only Hell would exist. Satan is by definition a control freak. (Mark 5:2-5) Legion was possessed by evil, so his behavior shows us the nature of evil. However Satan should not be feared, because Satan cannot fundamentally destroy or tear apart your spirit which means that spirit would no longer exist in Heaven or Hell. Why not to hell? That might be a decision of Moses. (John 5:45) A power of God concerns being remembered. (Matthew 26:24) (Matthew 18:6) This is the reason even the demons believe that God is real and obey his commands. (Luke 10:17) God has the power to create and destroy.

Humbleness concerns recognizing that you can't accomplish the task alone and that you should ask for help, thus I encourage you to accept Christ and become a new creation. He has proven that he is capable of getting the job done. So, deny yourself like Christ did and celebrate the Victory with him. (Matthew 4:1-9) It’s all about the numbers. The numbers are far greater in heaven, because of Christ than in hell do to Satan. (John 5:25)

“For whosoever shall do the will of my Father which is in heaven, the same is my brother, and sister, and mother.” (Matthew 12:50) This is the most significant statement given by Jesus to describe Heaven. This statement describes your Heavenly Significance! The will of the father concerns accepting the Son of God and becoming a new creation. It is a known fact that God is real, proven with countless miracles and endless mathematical evidence. The belief in God concerns his description. Either God is “Nothing” that created everything out of emptiness or God is “Something” that can neither be created nor destroyed that is dependent on nothing. How God is recognized does matter, since truth can't be deceived!

As treasure seekers, we want to understand “The Truth” in order to make the best products and understand the laws by which we are governed. As we seek the truth to a problem it concerns seeking perfection in the task at hand. What is truth? It is the correct answer to the problem. Any government built on an imperfect foundation will not last. The Genesis account of Creation is founded on this principle. Adam and Eve in this account were created sinless, which means that they understood the difference between what is good and what is bad. An insane animal does not know the difference. Adults can't blame apes which are insane as the reason a crime occurred in court, because they would be implying equality; since science has proven that some behaviors are learned and some are inherited. If humans randomly evolved from apes, then the majority would still have the inherited insanity behavior and establishing a justice system would be dubious. An adult could easily argue that Homo sapiens have not existed on Earth long enough for these genes to have all become recessive.


Our justice system blatantly affirms the stance that humans did not come from an insane animal. Moreover, if we did evolve randomly from an insane animal, then this could be used as an explanation for violent or evil behavior and be considered normal!!! It is not normal for a young man to go and kill an older man and take his territory. Animals in the wild are known to kill and rape over territory with no repercussions. Therefore the principles of human evolution from an insane species would require a virgin birth of Adam and Eve for the establishment of a moral and just human government. (Isaiah 9:6)

Jesus said," The truth will set you free." The truth sets us free from worry. (John 3:16) The author aims to promote freedom through the life of Jesus Christ. Anything less than the pursuit of perfection in the products we produce would be unpatriotic to the men and women that sacrificed their lives for this country. Thus united we stand in the pursuit of perfection.

When Jesus became sin, we are acknowledging that he took on our sin or accepted blame for it and was punished on the Cross for our sin. Why would he do that? Love… God knows we could not handle the punishment required for our sin. Rules were not followed for an honorable sacrifice, thus God was put to the test. His strength is truly inspirational!

The Greatest Commandment: Matthew 22:37 focuses upon the meaning and impact of Jesus’s proclamation that the primary mandate from God is to love him with all of one’s heart and soul and mind.

The author, David T. Steineker, reviews how understanding this primary command helps one to appreciate the ways in which God has constructed the world according to his law. As a result, The Greatest Commandment contends that one will see the traces of God’s law in the design of the physical world and in God’s intentions for humanity. In addition, chapters explore several topics of controversy in modern society: evolution and abortion. Finally, a sequence of chapters explores the focus upon Jesus Christ that emerges from the text of Matthew 22:37, the fidelity of the discipleship of John the Baptist, and the final things that will come at the end of this age.

If you desire to learn how Jesus’s teaching of the Great Commandment can provide shape and meaning to your life and guide you to understand God’s design for the world, then The Greatest Commandment: Matthew 22:37 will serve as your handbook for learning and living in harmony with God’s intentions for your life and for the unfolding history of the whole world.

David T. Steineker served in the U.S. Army for two years and then earned a bachelor’s degree in biology with a chemistry minor. He has worked in the public schools in Jefferson County, Kentucky, for fifteen years. He and Allison, his wife, live in Prospect, Kentucky, with their four children.