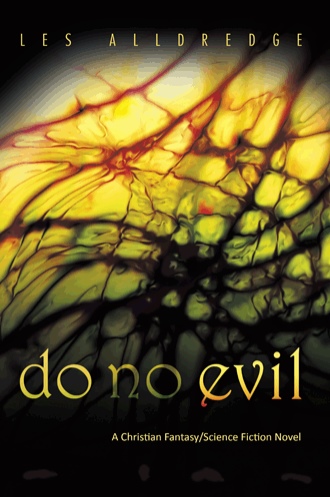 “See how the evildoers lie fallen— thrown down, not able to rise!” Psalm 36.12

Penny had been toying with an angel torn out of a paper napkin. She set it aside and rested her eyes on me tenderly. “My answer is definitely maybe,” she said in her genteel southern voice, “but you don’t know all that you’re askin’ and I wouldn’t expect you to know or to be committed to something so…so…unlike anything you’ve ever experienced. Until you’ve had a chance to see what you’re gettin’ into, it wouldn’t be right. She took the grey velveteen ring box from my hands, closed it gently and handed it back to me. Thank you, Samuel. I want to say ‘yes’ so bad, but – well, keep the ring for now, and know that I do love you.”

“Maybe is good, maybe is good.” I said as I got up off my knee and sat back into my seat, disregarding the profound disappointment. “Keep the ring,” I said, extending it to her again, “wear it, and you and I will both know it is a maybe ring.”

“No, Samuel.” She smiled. “We both know it is an engagement ring. And everyone who saw it would know it is an engagement ring. I will wear it when we are engaged – if we are engaged. Two conditions are very important before that happens: first, my family has to meet and approve of you. I don’t see that as being a problem, because you’re wonderful. Second, you need to meet and approve of my family and all it means to be married to me.”

She spoke with such peace and calm determination it was unsettling.

“When can I meet your family then?”

“How ‘bout Labor Day weekend? Maybe you can take the last couple of days of your summer vacation and we can drive down then.”

“Just three weeks away.” I thought, as relief washed over me.

Penny had always been a bit hazy about her family and past, but here and there something would drop into the conversation that intimated strength, depth and portentous mystery.

“I have told you about them,” She said, laughing, “but no more right now, it’s gettin’ late and I need to get home; but remember, even after I’ve told you all I can, you will only almost know them. My family has to be experienced to be known; and even then there’s more to them than meets the eye.

We stepped out into the New York City night: looming brownstones and street lights under a starless strip of darkness overhead.

“Do you want to take the short efficient route or the long romantic route?” I asked. It was only a few blocks to her apartment here on the West side of Manhattan.

“You choose,” she replied.

We headed toward Central Park. Somewhere a steel drum was playing a soft Caribbean melody. Penny was beautiful in her black velvet dress. I tried to absorb it all – the night lights, the August heat, the Caribbean music, the thrill of her next to me; that she had said maybe… I was drunk on the liquor of the moment when the sidewalk seemed to rise up and smack the left side of my forehead. My first thought was that I had tripped over something, and what a clumsy oaf I must seem to Penny. I struggled to get back to my feet.

“That was just to get your attention, you honkey piece of trash,” a voice snarled, “now get up and give me everything you have in your pockets, or I will, as God is my witness, blow your brains all over Central Park and take it myself. Get up!” he said, and kicked me hard in the back of my left thigh. “Get up, cracker!” He demanded, and kicked me again.

The kicks weren’t helping any. I felt Penny lifting me, holding onto my arm. With her assistance I managed to struggle dizzily to my feet, blood streaming down the left side of my face, through my eyebrow, and, oh man, dripping all on my new shirt, tie and suit jacket. The barrel of his gun was about half an inch from my face. He was holding it sideways. “Tough guy.” I thought. I emptied my pockets, money and wallet, into his outstretched hand; but I kept the ring.

I slipped my wristwatch off and placed it in the proffered hand. He wasn’t a big guy – maybe six feet, slender, cornrows under a skullcap.

O.K., now turn your pockets inside out,” he said, glancing at what I had given him and stuffing it into his pocket.

“You got everything,” I said. “Now let us go.” I felt Penny give me a warning squeeze on my arm.

“Yeah. What she said.” he demanded, “It’s all right. Go ahead and give it to me.” I handed him the ring. It represented six month’s wages, a good portion of my life savings, but that didn’t matter now. It was Penny’s ring and I didn’t want this hoodlum to have any part of anything that belonged to her.

The night with Penny had been almost perfect, the restaurant, the dinner, the proposal; now this had to happen. I handed him the soft grey box.

“Ooooh yeah,” he said, as he opened it, “Sweeeet…must be a full carat.”

“Shut up!” he said, slapping me across the face, setting my ears to ringing.

He gripped the neckline of Penny’s dress and jerked her to him. The dress tore open, exposing her to his leering gaze.

She tried to pull her dress back together, but he wouldn’t let go his grip on it.

“No need for that,” he said jerking her into a crude embrace, “we goin’ to have a little party.”

It was then, when he was distracted, when he had torn the veil and looked into the Holy of Holies, when everything I held dear had been yanked from my arms, that my pain and dizziness vanished. In one swift movement I reached across and grabbed the back of his gun hand wrist with my right hand, and yanked it forward as I pivoted on my right foot toward him. In the same motion, I snapped the knife-edge of my left hand into his throat at the base of his Adams apple in a sharp vicious motion. Then I grabbed the other side of his gun-hand wrist with my left hand and lifted it up over my head, spun and yanked it down violently. His elbow broke with a satisfying “pop” and he flipped through the air and slammed down hard and flat on the pavement. The gun shot off the round in the chamber, then flew out of his hand and skidded across the sidewalk.

I felt the bullet rip a burning gash through my calf; I fell …

Good vs. Evil – all Christians know the ultimate outcome of this perpetual struggle, but what about on a less cosmic level? What about our personal conflicts – urban violence, domestic violence, the daily challenge of making choices that are love motivated and honor God instead of being evil and self serving?
This book follows a young urban couple, Samuel and Penny, as they try to honor their love for each other and Christ while confronting the attacks of an evil world. They are confronted by violence, greed, mayhem, hatred, prejudice, and revenge during an unusual courtship. But there’s much that is unusual in this relationship.
Penny’s West Virginia heritage is not what you might expect, and Samuel has much to consider before he commits to a life-long relationship with her. His nominal Christianity is no match for the forces that confront him. There’s much for him to learn, and discover.
But he’s not the only one with a quandary; Penny has to be very careful just who it is she marries. Not everyone can bear up under the weight of the legacy she is heir to, a legacy that is centuries old, dating back to the first human presence in the West Virginia mountain country she calls home.

Les Alldredge was born in Texas where he received a BA in Bible from Abilene Christian University, but has lived 39 of his 64 years in Alaska. He has been a life-long, but imperfect Christian. His interests include scripture study, poetry, art, travel and garage sale treasure hunting.