The Message of Pain

A Whisper of Hope 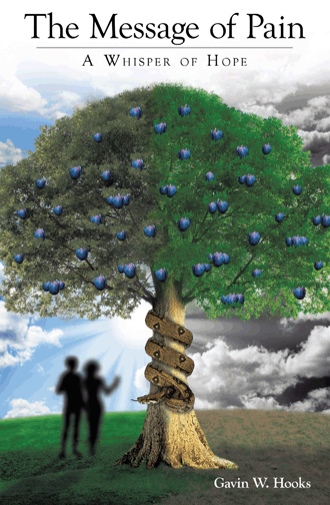 I may have led you to believe that healing was possible just through humility. Humility is the basis for beginning the healing process, but the path to healing must go through forgiveness. Forgiveness is an essential part of the recipe for healing. In fact, in one sense healing and forgiveness are the same thing. Healing and forgiveness both result in the effects of sin (or damage) being taken away and wiped clean. This is more often true for spiritual and psychological damage than physical damage, but it can certainly apply there as well. In Mark 2:5–9 Jesus reveals this point: When Jesus saw their faith, he said to the paralytic, “Son, your sins are forgiven.” Now some of the scribes were sitting there, questioning in their hearts, “Why does this man speak like that? He is blaspheming! Who can forgive sins but God alone?” And immediately Jesus, perceiving in his spirit that they thus questioned within themselves, said to them, “Why do you question these things in your hearts? Which is easier, to say to the paralytic, ‘Your sins are forgiven,’ or to say, ‘Rise, take up your bed and walk’?” In healing a paralyzed man, He demonstrated that healing and forgiveness have the same effect. They both wipe away the damage of evil, personal or general. Forgiveness is essential to healing, in that it accounts for the damage done either by us or to us, and is synonymous with healing in negating the effects of evil’s work, damage. When the damage is accounted for, the pain subsides. This is the model for dealing with pain appropriately. You must account for the damage by humbly accepting the event or situation, by forgiving the damage (rather than propagating it, furthering the pain cycle) and by moving on to the next assignment without aiding evil’s cause with an inappropriate response. Forgiveness is a powerful spiritual weapon against evil. Imagine the Agent of Evil’s frustration when he engineers a dispute between a man and his wife (one of the most profitable methods to advance evil) with the ultimate aim of breaking up the home. He spends years perfecting the conflict. The breakup will be sure to put both parents and all the children in the pain cycle to generate more pain in their own lives and in the lives of others. The pain will obscure many people’s understanding of God as we discussed in chapters 9 and 10. Think of the Agent of Evil’s frustration and all the pain averted when the man and wife instead choose to forgive each other and move on to build their family in a positive direction. Evil’s offensive is neutralized by forgiveness. The power of sin and evil is broken by forgiveness. Let’s take this discussion to the hill called Calvary and the battle fought there, where Christ made the payment for all damage and offers forgiveness for everyone. Can you see how forgiveness is the most threatening weapon to the Agent of Evil’s work? The supernatural forgiveness that Christ offers from His work on the cross is a threat to all of Satan’s work. All of his work fails at the cross. Forgiveness wipes away the damage of evil. Can you imagine the rage, frustration and fear Satan must have gone through when he realized the extent of what Christ did on the cross, the absolute forgiveness of sins for all who desire it? (The power of sin and death are broken forever in the lives of those who accept His payment for their damage.) Everything the Agent of Evil has authored is at risk of failure. When we forgive those who have hurt us, we frustrate him too. His work is ruined when we forgive. We often say that wars are paid for with blood and treasure. The war between good and evil has been won with the blood and treasure of heaven. His blood was the treasure that paid for everyone’s damage. In Mark 2:7 above, the scribes were right when they asked, “Who can forgive sins but God alone?” Let me ask this with a different emphasis: “Who can heal but God alone?” He is in the business of healing, and forgiveness is the way many of us have dismissed as a possibility. Don’t leave forgiveness untried in the battle against evil. It is a most powerful weapon against Satan’s work. It nullifies it. The real truth of the matter is that we all need both healing and forgiveness. The good news is that nearly all the time they are the same thing, and they are available for the asking. The healing and forgiveness of the cross have real power to make you whole.

Is it possible for one book to be the catalyst for a great spiritual awakening in the United States? It only took one stone from David’s sling to defeat the giant that held the armies of God at bay for 40 days. A rout ensued. The key is to hit the mark with one solid shot. The Message of Pain is a spot-on heart discussion about today’s American experience and what God is doing right now in our midst. Broken dreams, hopes and lives are all around us. Too many find themselves reeling in pain for years from the damages of a poor choice, the cruelty of another (Evil) or simply an accident. The Message of Pain explains how a person can become trapped in the Pain Cycle to live a life where the giant of pain is the rule. Satan uses pain to convince us of a lie about God. Believing a lie about God gets you started in a cycle of pain. The Message of Pain helps you find your way out or understand a friend in the cycle of self destruction so you can be ready to help them out.

The truth is everyone has their own experience with pain. I have had mine. This experience and a refusal to move past it without a deeper understanding of it has led to this writing. My medical background aided in this understanding. I have been a veterinarian for 11 years now and continue to be amazed at lessons I learn from my patients and clients.

My home is just west of St. Louis, Missouri where I was raised. After high school I left for college and finished my bachelor's degree in 1987. I spent 8 years working as a sales representative for an internationally known microscope company. After being fired from this job I returned to college to realize my dream of becoming a veterinarian. I finished my doctorate of veterinary medicine in 1999 from the University of Missouri- Columbia. I purchased my own clinic in 2001 and have been at my current employment for 10 years.

Photography, reading, writing, and hiking are the things I love most to do. I have three children and a lovely wife. We have been together for twenty-five years and counting.