Chapters In A Life

Written by God, lived by all 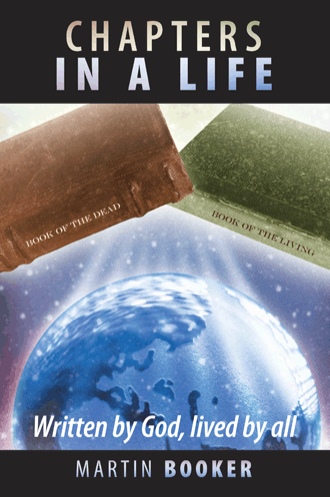 Absent from the body, present with the Lord, or could it be that my body and soul have been asleep for centuries and I’m dreaming that I see Jesus as I sleep in my grave? Maybe my soul is in the temporary heaven where the souls of the Old Testament believers in Christ were held before Jesus died on the cross. I remember studying and discussing the subject of what happens after we die during the time that I lived on earth. The promise that everyone would be absent from their bodies and present with the Lord in Philippians 1:23-24 became a major debate in my theology class one day when it was noted that Apostle Paul said he’d rather be absent from his body and present with the Lord. How the verses became a promise for everyone that was ever created became a mystery that day. My entire class searched for weeks for an answer that connected the verses to all believers in Christ, but failed to find a way they applied. It wasn’t long before the whole school joined in on the search and failed to find the answer.

It wasn’t until many years later after I graduated theology school when I found the answer. But before I was able to finish writing a sermon that I had planned on getting published as a book to reveal the truth behind the controversial verse—I died. I don’t know how I died, but I know I did. Whether this experience is a dream I’m having while I sleep in my grave or my soul is in a temporary paradise or it’s in the third heaven with Jesus. I know now what happens to the souls of believers when they die. But one mention of anything I see in the new life after death would make the souls of millions of believers in God leap out of their bodies and cause a premature Rapture. I can only say that the things I’ve seen now that I’m on the other side of life makes death a beautiful and magical reward for all my earthly sufferings.

The last thing I remember on the day my soul left my body is returning to the church to get the lottery ticket that I had left in my desk. Thursday night choir practice had ended as usual at 7:30, but Sister Waters and Tom, the choir director, were still there. Now, why are they still talking at the front door an hour after choir practice has ended? I wondered. They were probably getting each other caught up on the latest church gossip. No matter how much I preached on the sin of gossip and the harm it can do to people, it still managed to find its way into the hearts of my flock. As I got out of my car, Tom and Sister Waters had begun making their way down the steps of the church.

“Evening, evening,” I said to them.

“Hey, Pastor Shoemaker. What brings you out at this time o’ night?” asked Sister Waters, a plus-sized Black woman who was still trying to understand all of the controversial sermons that I had preached. After years of study at the nondenominational theology school I attended, I had discovered that not one of the so-called Bible contradictions was actually in the Bible. All the contradictions and controversies came from misinterpretations. This discovery was wonderful news I thought, but for some reason no one I shared it with saw it the way I did. Maybe it was because it went against everything they had believed about the Bible their whole lives. Or maybe their pride was the reason they resisted the truth that I was trying to teach them.

“I left something in my office that I need,” I responded. “But what’s got y’all out this late?”

“Oh, we were just discussing the sermon and the Scriptures you preached to us on gossip and how it’s impossible to love one another by spreading gossiping rumors that are hardly ever even true.”

Tom was clearly stunned by the lie that Sister Waters had told me. Out of the corner of my eye, I saw him quickly put his fingers in a T shape to form a cross and displayed it to Sister Waters when I turned my head away for a second.

“Good Sister Waters, I’m glad to hear that my parishioners are paying attention to my sermons. I’m not going to hold y’all up; I know you have to go to work in the morning.”

“Well, my company is threatening to have a lay-off tomorrow or next week.”

“Mine, too,” Tom added in his Cajun accent. “Rumor has it that my company is closing their doors and going out of business for good.” Tom was a middle-aged White man from Louisiana who had moved to Arkansas to start a new life after a hurricane destroyed his hometown.

“Well, you both know that those jobs are not our real jobs. They’re just places that God is allowing us to work for a time, and only He knows how long. He provides our daily bread. Put your trust in Him and not in your job.”

“Amen and everything like that, Pastor. But you’ve just started teaching us about how the Bible never command us New Testament believers to tithe and-and-and how it’s impossible to tithe correctly today because tithing dealt with food, animal sacrifices, and all kinds of other offerings like burnt offerings and sin offerings—but never a money offering or a tithe involving money.”

“Isn’t that great news?” I said, purposely interrupting Sister Waters because I knew that the smallest big word in the Bible and elsewhere was coming next.

There it was. I knew it was coming. That small but big word but that plays a very important part in translating important key verses in the Bible. Never has the word but carried good news both before and after it. It has always connected good news with bad news or bad news with good news. I knew that there would be some uncertainty or some negative thinking after she finished her sentence.

She continued, following up on the word but. “Every since you preached on that, it seems like things have gotten worse. A large number of people in our church have been laid off from their jobs, including you. After eighteen years of teaching Christian studies at that two year college they decide they no longer need you. I mean, what’s really going on? I read the Scriptures and understand all that you said about tithing to be true, but . . . you kind of took our hope away by telling us that. Now we have no hope at all that God is going to bless us and protect us during these hard economic times. The churches that I see tithing are being blessed it seems like to me.”

“Well, Sister Waters, would you rather know the truth or would you prefer to hold on to false hope? Jesus holds me to a higher standard than my congregation, so I’m going to teach His Word as correctly as I can. If I’m ever proved wrong about a verse or something I’ve preached on, I’ll come back and admit it. I believe I proved that when I gave my testimony on how God broke off a limb and straightened me out on the seriousness of purposely miss teaching his word. Never again will I teach tithing to fit in with other pastors and to receive a little extra in the offering plate and get another whipping with a limb from the Lord God’s hands. When it comes to money, even the best of us pastors can be tempted by Satan. I knew I was wrong when I was teaching my flock that tithing was required if they wanted to be blessed. For the rest of my life, the lesson I learned from my mistake will remain as a thorn in my side that God will not remove. Even as a pastor who had just graduated with a doctoral degree in theology, I failed to trust God when times got tough…

After learning from pastors and other Christians that God would not forgive his father for committing suicide, Chris lived for seventeen years as a confused atheist until God used him in an important way. When he learned the truth about his father’s fate and the endless depth of God’s love through the Bible, his eyes were opened, and he ventured out to convince confused Christians that they had been deceived through the works of Satan on more than half of the things they had learned of the Bible. Chaos breaks out when Chris sends True Saints Baptist Church on a biblical roller-coaster ride as he tries to convince them that tithing, all of Abraham’s blessings, and many other promises God made in the Bible were not promised to Christians living after Jesus died on the cross. He provides biblical proof and answers very controversial Bible contradictions and also proves that the few promises God made to Christians living after Jesus died were far better than tithing, speaking in tongues, and many other gifts and promises that True Saints members tried to use to get blessings from God. Confident in the few promises made to Christians, Chris challenges the deacons of the church by offering to put his salvation on the line if they can find one lie in the Bible, in his quest to prove that the Bible is true and all contradictions came from misinterpretations of the Bible through all denominations and all religions that kept Christians from becoming one body in Christ.

Martin Booker has a passion for promoting God’s love by uncovering Satan's deceptions that blind mankind from seeing how good God really is. His hope is to unite as many separated Christians together as possible and empower them to be stronger witnesses for Christ through his stories that show the effect of what Satan's lies can and has done to both believers and non believers for centuries.