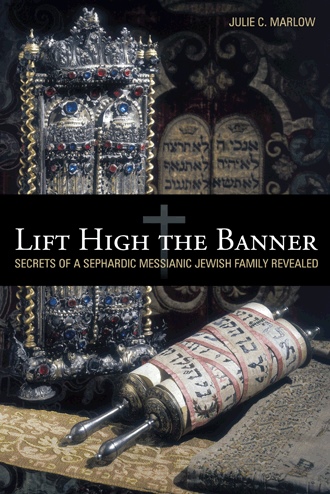 CHAPTER 1: THE MYSTERY OF THE TEN LOST TRIBES OF ISRAEL

Have you ever heard of the Ten Lost Tribes of Israel?  In the Old Testament of the Bible, each tribe was comprised of the family and descendants of one of the twelve sons of Jacob (son of the Old Testament Patriarch, Isaac).  The twelve tribes were Reuben, Simeon, Levi, Judah, Zebulun, Issachar, Dan, Gad, Asher, Naphtali, Joseph and Benjamin.

In recent years, I have become fascinated with a study of Israel’s twelve tribes.  It happened when I began to research my family’s surname (last name), Cordova.  I had just finished reading in Genesis about the time when Jacob was nearing the end of his life and wanted to pronounce a blessing over his children.

“And Jacob called unto his sons, and said, Gather yourselves together that I may tell you that which shall befall you in the last days.”  (Genesis 49: 1) KJV

Jacob prophesied to each son and described what his future would be like.  Each son was given a description, such as “a fruitful vine,” “a doe set free,” “a lion’s cub” and “a ravenous wolf.”  Those words and pictures were used to create symbols that would identify each tribe.  The symbols were then placed on their shields, helmets and individual banners.  One had only to see the symbol and he would immediately know which tribe it represented.  Even today, it is possible that one can look at the tombstones in old cemeteries and find those that have hidden in the inscription the symbol of a tribe of Israel.

The blessing Jacob gave to his son, Judah, was the only one with the mention of royalty:

“The scepter will not depart from Judah, nor the ruler’s staff from between his feet, until he comes to whom it belongs and the obedience of the nations is his.”  (Genesis 1: 10) KJV

It is an established fact that the person who was yet to come and to whom the scepter would belong was (Yeshua) Jesus, the Messiah.  He is an eternal king who rules over an eternal kingdom.

Have you ever wanted to study the genealogy of your family history, but didn’t know where to start? When author Julie C. Marlow got the desire to learn more about her heritage, she began by interviewing older family members and friends to hear their stories and get answers to some of her questions. She was shocked to learn about the extreme measures they had taken in order to avoid religious persecution for their beliefs. This is the story of their experiences and the overcoming faith they have passed down to their descendants.

Julie C. Marlow has a bachelor of science degree in education and a master of science degree in library science. She was an assistant professor of library science, reference librarian, and bibliographics instructor at Gainesville State College in Gainesville, Georgia. She retired in 1998. She resides with her husband, Arthur, and has two children and four grandchildren.