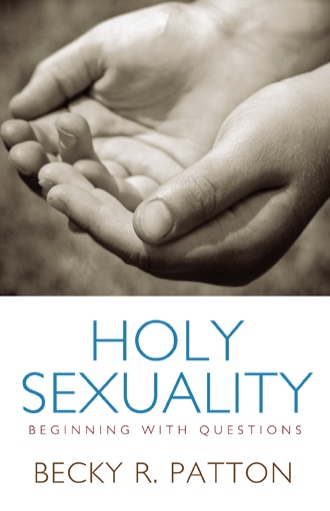 We sat in a local coffee shop catching up on life. She listened to me with curiosity and intention, sipping her tea, and our conversation moved to the intricacy of relationship struggles. I admired that even from the grandmother stage of life she was intentionally learning to do relationships better. I trusted this strong and gentle woman, valued her words and actions; she had informally mentored me for years.


As I shared about my own recent relationship struggles, she responded with questions. With the precision of a surgeon, she skillfully cut and explored beneath the surface of my responses. Some of her questions I answered with ease; others caused me to pause. Certain questions pricked my pride and fear and made me want to flee. Instead I quickly chuckled and ushered us to less revealing ground, assuring her I was not struggling and suppressing what her words stirred within me.


Her questions unearthed hidden wounds and fiercely held assumptions about sexuality and sex. While my sexuality began the moment I was conceived, the choice to embrace and engage fully with my sexuality has been a lifelong journey. My mentor/friend’s challenging questions continued to haunt me and ultimately became a marker on this long and winding path. There have been many key markers as I look back, but the real-life questions that held the greatest transformational power have come from the least expected sources and at the most unexpected times. Transformative truth is rarely convenient and has little respect for my timetable.


Stirring Questions - I was on Lake Superior fishing for salmon when I felt the faint movement of my first child within me. I froze in awe and wonder that this life was initiating movement. Simultaneous with my joy came a question from deep inside: “How am I going to protect this child?” Throughout the following months, despite my efforts to dismiss it, the life within seemed to repeatedly push this question to the surface.


As the life continued to stir throughout my pregnancy, old troubling images began to surface as well—images that seemed vaguely familiar, frightening, and yet fuzzy. Equally a fierce desire to protect this life rose and demanded attention. I was suddenly feeling wedged between two worlds—one held the future and one held the past. I was caught in a past-future collision: how could I reconcile the two?


The truth was that as a young child I had experienced sexual abuse. I knew the trauma of being overwhelmed by another and the helplessness of not having a voice. This precious new life within was triggering long-held fears that had rooted and laid undisturbed deep within me.


As a child I didn’t have language to ask for help from my own parents, fearing that I would some how let them down. I sought to protect those who were my protectors. Carefully I hid my reality and acted my pain out through suppressed anger, random rebellion and ultimately, sexual promiscuity. I ignored what I could not define until it became a faint recollection stored in the attic of my brain and covered with dust…seemingly forgotten and irrelevant. Slowly but surely I mastered the act of segregating the past from the present.

What in the world does sexuality have to do with spirituality?

Most of us treat these two topics like oil and water. Couple that with the fact that sexuality tends to be a taboo subject, and we’re left with incredible misinformation about this intimate and powerful aspect of our lives and our identity.


If you’ve struggled with any or all of these real-life questions, this book is for you. Fresh truth from scripture and amazing new revelations in brain science and biology are converging to provide a wealth of insight and a holy invitation: Can we recognize our sexuality as good by God’s design? And can we embrace real-life questions as sacred invitations to learn more about the amazing love of God for men and women?

“Creates a beautiful picture of God’s design of sex.”
Vicki Degner-Pastor Church of the Open Door

Becky Patton is the founder and owner of Truessence—a business/ministry committed to informing and enriching lives, and responding to real-life questions with a hope-filled message of God’s true design for sexuality and spirituality. She speaks first-hand of finding powerful, practical hope in seemingly hopeless circumstances, including the debilitating pain of sexual abuse and the cascading impact this brought into marriage. She is a pastor and speaker, with a message relevant to women, men, married and single.
Becky is a wife of 30+ years, mother of two grown daughters, a pastor, and a speaker—but at her core, she is a curious and complex woman created by the loving hand of God...that mysteriously also craves barbecued potato chips and dark chocolate in mass quantities. Find out more at www.truessence.net