There Will Be a Highway There 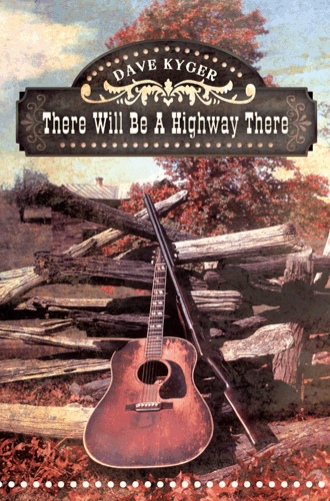 John Dean is a Virginian with a special gift as a career warrior and a heroic example to follow that leads him through the nightmare of the Normandy invasion and Korea. After retiring from the army, he settles down, marries a hometown sweetheart, and becomes a stone mason. “Stress response syndrome,” as they called it in those days, causes him to fail miserably as a father and a husband.

Suddenly, John is an old man, widowed and alone in a retirement community that he can’t adjust to. His only son, John, Jr., who has his own hell to deal with spawned from the jungles of Vietnam, disappears into the Alaskan wilderness.

John’s grandson, Davy, comes to visit him. Dismayed at his grandfather’s decline, he impulsively throws out a challenge to the old man that sets off a remarkable chain of events, taking the two from a mountaintop reunion and a hunting trip onward to a county jail cell, a small Finnish town, and then to Alaska in search of John, Jr.

Through his grandson’s love and his own unpredictable will, John Dean seeks to rebuild his life and find the salvation of God’s grace. Follow this pair of Virginians on a triumphant journey of heart and soul.

Dave Kyger is a criminal investigator for the Virginia Department of Motor Vehicles. Before that, he was a deputy sheriff, house painter, truck driver, bluegrass musician, construction worker, and father of four. Kyger and his Finnish-born wife live in the mountains of Virginia along the Shenandoah River.