the most awesome activity in which a believer is ever engaged 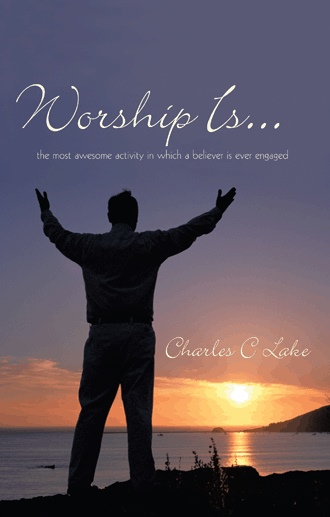 Unique – Of all the disciplines in which Christians engage themselves, worship is unique. It is unlike any other activity. Soren Kierkegaard, the 19th century Danish philosopher, left us a classic definition of the exercise we call corporate worship… In Christian worship God is the audience the congregation is the performer and the ministers and choir are the prompters. One might conclude that in private worship… In private worship God is the audience the worshipper is the performer and the Holy Spirit is the prompter.

Worship is indeed the most awesome activity in which a believer is ever engaged. Man was created to worship God! Understanding the many facets of meaningful worship can enrich the daily walk of a believer desiring to pray without ceasing and to practice the presence of his Lord. Taking just a few minutes each day for a month to meditate on one of those facets can be a fruitful investment of one's time. Worship Is... seeks to enrich both personal and corporate worship for every believer who is sincere in increasing intimacy with the only God worthy of our worship.

Dr. Charles Lake presently serves as Executive Director of Growth Ministries and Consultant for Discipleship for the Southern Territory of the Salvation Army.

In 1977 Dr. Lake became the founding Pastor of a unique, independent, interdenominational church in Greenwood, Indiana. He served as Senior Pastor for twenty-eight years. During those years, the church planted ten daughter churches. In addition, grand-daughter and great grand-daughter churches now total a network of churches numbering thirty-four congregations in the U. S. and Brazil, S. A.

During his pastorate, Dr. Lake authored Discipleship Training: An Experience in Training and Accountability. The material, consisting of 10 nine-week levels of small group discipleship training, is being used by churches and Salvation Army Corps throughout the US and Canada. It has been translated into 6 different languages.

During his 28-year ministry in Greenwood, the church’s annual mission budget exceeded a half a million dollars and the network of churches’ combined giving over $1.2 million. He is involved annually in overseas speaking engagements which have included national pastor's conferences, missionary retreats and seminary teaching. Dr. Lake serves as an adjunct professor at the West Africa Theological Seminary in Lagos, Nigeria.

He has served on a number of boards of both Christian and civic organizations including the Greater Greenwood Chamber of Commerce, OMS International, Overseas Council for Theological Education, the National Association of Evangelicals, and Wheeler Mission Ministries. He vice-chaired the Executive Committee for the ’99 Indiana Billy Graham Crusade.