Golden Nuggets from the Mountains

by Fred B. Lunsford 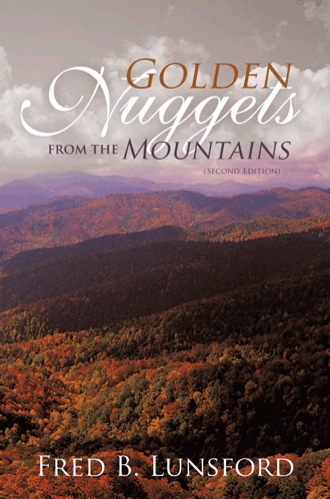 The Night I Lost My Taste for Chocolate I grew up in the mountains of Western North Carolina. During my childhood and young adult years, I loved chocolate; chocolate cake, chocolate candy, you name it as long as it was chocolate, I loved it. I went into the Army when I was 18 years old during World War II. I was in Belgium on Christmas, 1944, involved in the Belgium Bulge. We were traveling in the back of an old Army 6x6 truck, on a very cold winter night, which happened to be Christmas Eve. We stopped in a small town on the Belgium and Holland border. The Captain told us to get out of the truck and walk around a bit. I had on all the clothes I could get on to try to keep warm, but my feet were so cold it felt like I was walking on stubs. I passed by a house and saw a dim light through a keyhole. Peeping through the keyhole, I could see some people sitting around a potbelly cook burning stove. It looked so cozy and warm. I really wanted to be in there, so I knocked on the door. A young woman came to the door and opened it just a little. When she saw I was an American soldier, she invited me in. They had a pot of tea on the stove and she immediately poured me a cup. My, how good it was and the heat felt so good. There were five people in this little room sitting around the stove; an older lady, who was the grandmother, three small children, and the mother. They offered me something to eat and I asked them what they had to eat and they told me they had stewed rutabagas (turnips) and the hot tea. This is all they had to eat for Christmas. I ran my hand down in one of the pockets of my old GI overcoat, and found some hard candy from some Army ‘K’ rations. I gave it to the children. They were so happy with these few pieces of hard candy and just kept thanking me. I could communicate with the younger woman a bit. She could speak some English and I a little French. I found out that her husband, the children’s father, had been killed in the war. Her Dad, the husband of the older lady, had been carried away to a work camp. I also found out that they were Christians. I had a prayer time with them. The Lord really filled that room. He was so real. It was now about midnight. Christmas had arrived. I was about to leave when I ran my hand in the other overcoat pocket and there were five big Hershey bars that I had gotten in PX rations. I was saving them for myself. I loved them so much but something happened to me. The Lord spoke to me. I knew I ought to give those Hershey bars to those people for Christmas, and God took away my taste for chocolate. I pulled those five large Hershey bars out and gave each one of those five people one. They thanked me, hugged me, and kissed me. What a joy I felt in my heart. I lost my taste for chocolate that night and I have never liked chocolate since. I felt the presence of Jesus the most on this Christmas Day than on any other Christmas Day before or since. 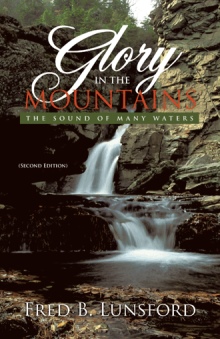 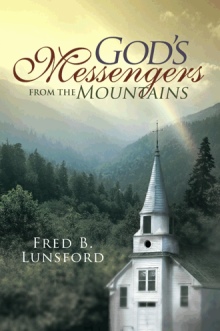 God's Messengers From the Mountains
Fred B. Clunsford
$22.95

The late 1920' and early 1930's was the time of the Great Depression. Little or no work was available so people could earn money for survival. All mountain families grew vegetables, kept a milk cow and raised some hogs. Those who owned their mountain farms lived well by working hard and managing well. They cut timber to sell and earn a little money necessary for clothing and other things they couldn't grow. It was widely known that gold had been found in the mountains. Men would put in endless hours panning for gold in the small mountain streams. Now and then, someone would find a gold nugget. Most of the time, it would be the size of a pea or maybe the size of a marble. Gold was a symbol of wealth. When someone found a nugget and word got around, everyone would be talking about Uncle Ben striking it rich. However, I never knew of anyone selling his gold for a pile of money. One day, I realized that gold nuggets were not only present in these mountains, but that there were golden nuggets in the experiences of my life in these mountains. It is with great joy that I share these stories with anyone who cares to read them. Fred Lunsford

Fred Lunsford has been in the Gospel Ministry for almost sixty years now, He has pastored churches, been Association Missionary and preached in almost every state.