Tales of a Woman's Struggle 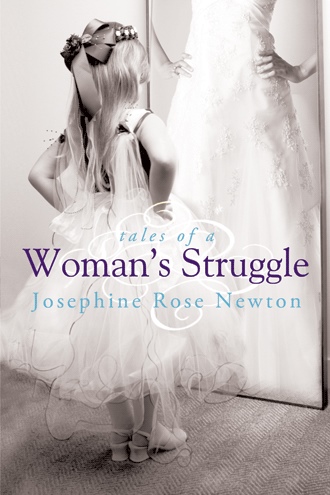 Nora St John found herself drifting deeper into dark despair, struggling silently under the weight of unbearable grief and pain. With a warm bottle of Jim Beam, her only companion now, she waited for the cold hands of death; the only thing that she thought could end the agony of her so-called life. Neil Ambrister looked at his grandmother with growing dismay. For hours now, he had watched her drain her whiskey glass, swallowing her misery. He knew why she drank why she drowned herself in the sea of amber liquid. He stretched his hand over the top of her glass when she tried to refill it. “I think you‘ve had enough”, he said, gently. Knowing her frail fingers could do nothing about his vice-like grip on her glass; she instead lifted the bottle to her lips and drank deeply, defiantly. “Grandma, please”, Neil pleaded, reaching for the bottle. Minutes passed. She did not relinquish her grip right away. Her soul was still raw, burning. She desperately needed the liquor, needed to be numb, but the pain in her grandson’s voice slowly brought her from the edge. When he tried to move the bottle again, she didn’t fight him, and when he took it into the kitchen she didn’t scream at him, though every molecule in her body begged her to. When he returned to her side, Nora was weeping openly. “I’m so sorry”, she wailed. “It’s entirely my fault”. “Grandma, please do not talk like that. It was an accident. You can’t blame yourself for what happened to grandpa”. “If it weren’t for me, my Logan would still be alive. I should have listened to him”. Neil had heard this before. No matter how hard he tried, he could not convince his grandmother that she was not responsible for his grandfather’s death months earlier. Sessions with a grief counselor were just as fruitless. Death, the counselor had told him early on in his grandmother's treatment, was more difficult for some people to accept than others. Nora had to learn to accept Logan’s death, had to realize that there was nothing she could do to prevent it. She had to learn to forgive herself. The counselor had assured him that, in time, his grandmother would heal. He had begun to hope that his grandmother would return to being the powerful woman of God he had known all his life. But as the days turned into months, he began to doubt if she would ever fully recover. All time had seemed to do was make her emotional wounds fester and turn her into a guilt-ridden, alcohol-swilling shadow of her former self. Before the accident, his grandmother had been larger than life, a woman with the strength of Samson and the faith and patience of Job. There were just no others like his grandmother. She was always the first to say hello and the last to say good-bye. She was loved by all who knew her. She was a modern-day Dorcas, helping those in need, spearheading events to raise money for battered women and children and volunteering her free time at the local orphanage, retirement home and even at the hospital, where she spread the Word of God like a slave over patients with terminal cancer and AIDS. Nora always seemed to have a special place in her heart for children. Neil could still see her now, sitting on the porch in her rocking chair, surrounded by all the neighborhood children, animatedly telling Bible stories to the younger ones, and as president of the youth department at her church, dispensing advice on life, relationships and Christianity to the teenagers and young adults. Neil remembered something she said once to a grieving young mother at a funeral .The woman had just lost one of her sons, a bright boy not much older than Neil at the time, in a hit-and run accident. Nora was familiar with this kind of grief. She had lost her only daughter Sarah and her son-in-law, Neil’s mother and father, to a drunk driver when Neil was barley six months old. Though her heart must have been torn into a thousand pieces that day she accepted God’s will and threw herself wholeheartedly into caring for and nurturing Neil and anyone who needed her in the community, the power to heal having come from her own ability to care. That day was no different. She wrapped the wailing woman in her arms, and speaking in a low voice and a soothing tone, quoted one of the prophets, he couldn’t remember which, who said that the Lord would console those who mourn, would give them beauty for ashes and oil of joy in the place of mourning and garment of praise to lift their heavy spirits. Such comforting words, Neil thought to himself. Too bad grandma is too overwhelmed with misplaced guilt and grief to follow her own advice. 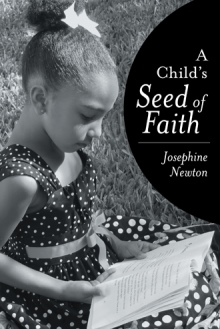 Trials and tribulations come in all shapes and sizes. Whether you are dealing with unexpected pregnancy, divorce of the death of a family member, you will find solace in Josephine Rose Newton’s book Tales of a Woman’s Struggle. Her fabulous characters are well-crafted and really speak to the distresses women encounter in their lives.

Women face unique struggles with which men do not relate. While men feel pain during divorces or the deaths of loved ones, they cannot understand exactly what women are going through in similar situations. Newton’s short stories are touching and every woman can find a little of herself in each character. The characters are like ourselves, our mothers, our aunts and our best friends – each calling out for understanding and empathy.

Newton’s writing style is easy to read, which makes it easy to open the heart. You may be a “Nora” who has been faithful her entire life, but is crippled by loss. You could be a “Jill” who seems to face multiple trials and is unable to see where her life will lead. You may even be a “Lily” who always thought her life would be something that never panned out.

Each character has her faith tested in different ways, but in the end finds her strength in her walk with God. Faith is tried over and over again, when we think we are finally through, we find there is another test waiting for us. No matter what test of faith you are experiencing, in Tales of a Woman’s Struggle, you will find one of these artfully crafted characters with whom you can identify.

We women understand how important it is to be strong for our families and Newton’s book is the perfect place to strengthen and recharge your faith. Whether you read the book to energize your own faith or give it to a woman you love, you will not be disappointed by Newton’s short story collection.

Josephine Rose Newton was born in Nassau, and raised on San Salvador; a quaint and tranquil island nestled in the southeastern Bahamas. San Salvador. As a child she had a passion for writing and in 2003 she decided to write her first novel. She recalls her words flowing like rain falling from the sky. Inspired by her children, grandchildren, her dog Jaggie and the untimely passing of her to beloved coon hounds. What was all a dream, that day became her reality.