The Story of My Salvation 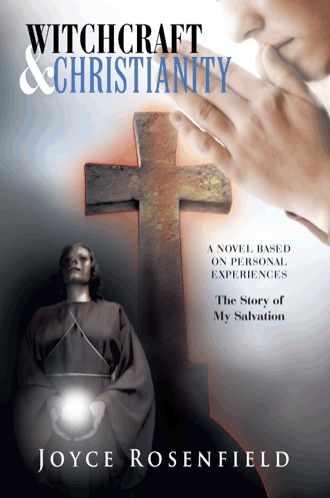 I was born in New York City to a young Jewish couple in 1933, the year the Nazis came to power in Germany. But I was not aware of the dark clouds that were rolling over Europe.

Perhaps my older sister, whom I'll call Kerry, was aware of current events then, for she was very verbal and bright, and talked to our Daddy as she grew up. I didn't.

I was shy and from age five I watched Dad play piano by ear, my eyes on the level of the keyboard. Kerry was two years older than I, and in Junior High School (P.S. 115, "Elizabeth Barrett Browning Junior High School) she became known as "the Encyclopedia." When I entered that Junior High, an all-girl public school, I was only known as Kerry's little sister, her shadow, a fairly good student but not out-standing as she had been.

Only in music was I to show any special talent. This was, of course, in the days of radio (before television) and no computers or cell phones.

The Depression hit in 1929 and they moved down to New York, for at that time, engineers could not get a job easily. Dad worked repairing ships' meters in our apartment in New York, and Mom, whom I'll call Janey, had to lug those heavy electric meters down to the shipyards, causing her to get varicose veins although she had wonderful health otherwise.

Dad was an atheist and had his business in our apartment. We had practically no visitors but one day a couple knocked at the door. My Mom answered it, and they said they were "Scientists." They knew we were probably Jewish from our last name, "Rosenfield", and because most people in our immediate neighborhood were also Jewish.

My Mom had never heard of the religion, "Christian Science" and replied to the strangers, "Oh! We're also scientists. What can we do for you? Won't you come in?"

The misunderstanding was soon cleared up.

The Bible gives warnings against witchcraft, occultism and goddess-worship, but many today don't realize those practices still exist today. This is the true story of a well-educated Jewish girl who grew up with no knowledge of the Bible and whose favorite holiday was Hallowe'en. She was blessed with scholarships that enabled her to become a professional harpist, playing in orchestras, teaching at a university, but when she moved to Berkeley, California, she met Witches, occultists and ceremonial magicians. Some of them assumed her humor-filled book on Witchcraft had secret “coded” magick and called her by her pen-name, “Ann Grammary.” At first enjoyable, her meeting the highly intelligent and hippie denizens of the Occult, she gradually was drawn into more and more secret circles till her whole life became a struggle between the secret occult world and the bright daylight of Jesus Christ, for she played harp often at Christian Churches, where she heard the Word of God proclaimed. After years of torment, she fell on her knees, confessed she was a sinner, repented and was forgiven by the Lord. Born again, she teaches “Bible Harp” at very low cost to Clergy and Healers, praising God every day.

Joyce Rosenfield was born into a loving Jewish family but since her Dad was an “Agnostic” (Atheist) she never read the Bible till age 38. She graduated from college & taught harp at a University. Looking for something indefinite, she moved to Berkeley, California where she was drawn into Pagan and Witches' circles. They knew her as “Ann Grammary,” her pen-name for a humorous book she wrote on Witchcraft. She then had two identities and her struggle to find the right path was a struggle between the secretive world of occultism and her role as a harpist playing in Churches where the Gospel was proclaimed. She spoke at an Atheists' Convention, and started an “Iseum” in the Fellowship Of Isis, a worldwide organization. She discovered Witchcraft is not always humorous, as in Abbott & Costello movies. It has a secret side. Asked to participate in a death-spell against a Christian evangelist, the Holy Spirit saved her and though targeted for slander and harassment, she was born again praising the Lord with the harp, as the Psalms say to do, grateful to Jesus Christ!