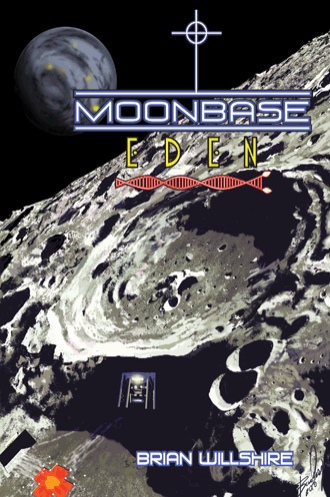 The holograph of Alexander Conroy, the most notorious serial killer ever convicted, stood before them. Traversing the globe, his crimes were so numerous and heinous that even a holographic image caused many to seek refuge in another’s embrace as each recalled the atrocity that affected them most. Men and women, the elderly, children, even babies, no one was spared. He was as heartless as Hitler and Stalin, but without the political power to extinguish millions.

His holo stepped forward and the crowd pushed further into their seats. “I received Dr. Steinhauer’s vaccination. It negated the demons I was born with. I cannot undo my past deeds but can only testify to my present and future, humanity’s future. For if I can be saved, anyone can.”

The other test subjects stood behind him smiling and nodding.

Dmitri said, “But he was executed by lethal injection. The world witnessed it.”

Doctor Steinhauer corrected, “He was injected with my amygdale neutralizing DNA, thus killing the killer, so the world witnessed an execution of sorts. Behold the resurrection!”

Even Bayani had to admit he was overwhelmed by the biology and dizzied by its implications. He noted the same dazed look on everyone’s face and felt compelled to summarize for them. “There are many philosophical and religious implications that we need to discuss.”

Bayani searched his mind and soul to best summarize this point in history. He knew his audience well and knew he could not take a purely religious stance.

Nevertheless, he could only frame their situation in religious terms. “Through horrifically tragic means, the human will has been unified for the first time ever. We have the potential to do something very special with this moment. It as if we are standing in the garden of Eden.”

Dr. Steinhauer could not contain his anger. He spoke through gritted teeth. “How convenient for you to frame your argument in this way that I am the tempter, the serpent, Satan himself, if we should choose to taste the fruit of my knowledge!”

Bayani raised his hands to signal the doctor that this was not his intention. “Forgive me for my offense. I did not mean it in this way. I meant we, the survivors, are living the most unique moment in human history. All I ask is that we do not rush into anything, that we only proceed with the utmost caution. After all, you must admit part of the road that led to this morning’s holocaust was paved with the good intentions of genetic engineering.”

“What do you mean? You must explain yourself and give specific examples.”

“Of course, I will start with the simplest and greatest one. Who could be against curing disease? I could not. It was the greatest reason to pursue genetic engineering in the first place. However, after diseases were conquered, normal aging became a disease. Since more people lived far longer, tremendous pressure was placed on Earth’s finite resources. Do I need to remind anyone how limited our resources are?” Bayani scanned the room and saw the majority nod in agreement. He turned and addressed Dr. Steinhauer. “You have given us plenty to consider. I think I can safely speak for those present that we have had enough for now. We must take a break to process all that you have shared in light of recent events.”

Dr. Steinhauer stepped forward and involuntarily glanced toward the top row. Anxiousness tinged his voice as he refocused his gaze upon Bayani and asked, “A break? From what? Is not our path clear?”

“What’s the delay? Besides, you have your orders.” Dr. Steinhauer activated another hologram. The W. U. President appeared. Again, Bayani reflexively snapped to attention. “Commander, I order you and all moonbase inhabitants to stand down and submit to Dr. Steinhauer’s procedure for the future of humankind.” As soon as the order was given, the image disappeared.

Bayani stepped into his at ease position with his hands behind his back. “The President’s authority is contingent upon her existence and the governing body’s. Since she no longer exists, neither does her authority, which means any orders you may be following are also null and void.”

“So your authority is gone as well, or are you going to impose yourself as supreme commander? Or should I say, ‘dictator’?” Dr. Steinhauer spat.

Bayani raised his hands to quiet the crowd. “Of course not, the Constitution’s authority still exists. It does not give specific orders for specific situations. Rather, it is a set of rules granting us the authority to rule ourselves. All authority on this base is still run through the council, the judiciary, and the command office like always. In fact, I would say we are now a good deal more democratic. Another significant reason why we cannot rush into this is because all are not present. This is far too serious an issue to proceed without 100 percent buy-in.”

Dr. Steinhauer could not argue. “Then we must meet tomorrow to resolve this.”

“Agreed. That should give us all enough time to digest your proposal and develop any further questions. If that’s all right with you?”

“I welcome any and all questions.”

“Good, but we must not also forget why we originally gathered.”

The funeral reminder instantly changed the atmosphere from charged to somber.

Bayani reactivated the cave holo. “I will keep this brief since I know we are all grieving more than just these three. Let us observe a moment of silence for them and for all.”

It did not take long for crying to break the silence, turning into sobs for many. A few excused themselves and hurried from the auditorium.

Bayani cut the moment shorter than normal. “I can think of no better way to honor the dead than by living.”

Bayani pressed the detonator. The regolith exploded and sealed the cave shut.

All sat transfixed as they watched the dust settle; their attentions lingered and floated like the dust. Subconsciously, no one wanted to return to an empty room.

Sensing the awkwardness growing, Bayani said, “This meeting is adjourned. For your good and everyone’s good, maintain as normal routine as possible. Thank you for coming.”

Most could not bring themselves to move. Some wandered out the door. A few huddled in their seats and broke into private debates.

Once close enough, Bayani leaned in and whispered, “Meet me at the command center in fifteen minutes. I need you to help me check the locker.”

Dmitri knew he could not ask why Bayani needed to check the stun gun locker, so he just nodded to ensure this request would be met.

No matter how much science fiction becomes science fact, Moonbase Eden proves that humanity cannot save itself through technology because Jesus is our only hope for salvation. The story explores the quest to permanently pacify the remnants of humanity through genetic engineering after a nuclear cataclysm on Earth. Scientific facts and Christian apologetics are also used to expose the emptiness of atheism.

When not reading or writing, Brian enjoys traveling with his family and friends. Other titles by the author include Folklore, Hauntings: Evil Confronted, and Chocolate Chores and More. For more information, please visit www.brianwillshire.com.