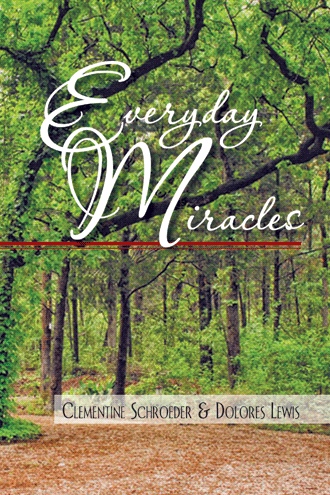 When humankind was made to leave the Garden of Eden, God made sure we would never forget we were made in His image. Can you guess what that would be? God wanted us to know in an absolute way and in no uncertain terms that we were intended to become the fullest possible expression of His love. Love is where we find our meaning, it is our identity, it is why we are here. “God is love;” doesn’t it make sense? We must acknowledge that horrific abuse can repress this innate gift! And darkness broods in every heart, but God proves He has not given up on us because He gave us the ability to have children. Heaven still grants us a sign as radiant as a rainbow that God patiently waits for us to learn why we inhabit this world. Children are our most profound teachers. And you can believe me when I say I have a great reward in my children and grandchildren straight from my Heavenly Father. Sometimes the lessons are so deep, and in our attempt to describe them, they get lost in mystery. That’s what I am going to attempt to do now. I have a grandson named Noah. Noah visits me all the way from New York. I live in the country with lots of trees, and it is his delight to pay outside. So when he was six, he brought a toy rocket. He would pump until the pressure built up and then release it, shooting it high, high up into the trees. One time, much to his horror, the rocket stayed in the tree. Oh no, his rocket was not going to come down. He rushed in the house yelling like he had been stung or bitten, crying his heart out. Finally, we got the information out that his rocket was staying in a very high tree and he wanted us to pray that “the” angel, meaning “his” angel would come and make it fall down. My response was not in the same thinking as his so I said, “Now Noah, a puff of wind will probably have to come and make it fall down.” That was when we learned he wanted no part of that kind of thinking, we were to pray. He wanted a real-soon miracle and he knew what we had to do. Well,, I sat down on a long, and Noah and I prayed that God would do whatever it took to get his rocket down out of that high tree. There was no wind so naturally I was in disbelief that the rock was going to fall out of that tree by the force of wind. After about thirty minutes of sitting on the log asking God to intervene and listening to the beautiful prayer of Noah, I decided that my cooking has waited long enough and went back into the kitchen. Now here is where the foggy shadows of this mystery roll in. Be that as it may, here comes Noah running into the kitchen happy as he could be, holding his cherished rocket. “Look, look what God did!” Such excitement, such love, ready to tell the world what God had done. I could see no evidence of wind blowing, but I loved it. You would too and you would dance around the kitchen just like we did. It wasn’t long and Noah was ready to shoot his rocket again so off he went. Now here is where the profound teacher gifting of Noah comes out. It was not long until we heard the familiar shriek and here comes Noah again. “Maw-maw, we have to pray! The rocket is on the roof.” We all filed out of the kitchen to get a look at the predicament, and sure enough, there it was wedged on the roof under a TV dish. Well, this was a predicament! We all said it looked like it was going to stay there until uncle Brent could bring a long ladder. Do you know what Noah’s answer was to our answer? It was “Nooooooo, we are going to pray.! Our unbelief was not contagious because Noah knew better. He had faith, hadn’t he just received a wonderful answer to his prayer not thirty minutes before! So as we were praying here comes a very strong puff of wind and down comes Noah’s rocket. I love Noah so much and he loves me. Can you better understand the Scripture now that says the frit of the womb is God’s reward? There is a Scripture that says, “Now faith is the assurance of things we hope for, proof of things we do not see, and a conviction of their reality (faith perceiving as real fact what is not revealed to the senses)” Hebrews 11:1. What a profound truth, and our little Noah could grasp it and not only grasp it but act on it. Wisdom is always simple, and we can be thankful because we have children. Now my profound statement to you is if you can believe, you will see.

The many experiences that are written here will help you understand more and more what life looks like when the Glory of the Lord is lived out.

I was taught about Jesus from my parents and grandparents. The God of my youth has stayed very real to me all these seventy-three years. I consider my life to be a servant to the Lord and others.