Embracing the Dances of Life

Every Chapter of Life is a Different Dance 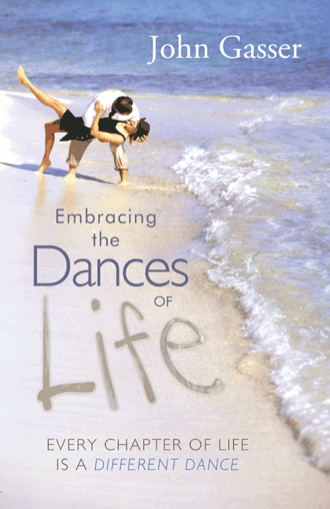 When we learn to embrace the dance with our Creator and Savior, God begins to move mountains in our lives and He begins to restore the years of our youth the locusts have taken away. Consider the nation of Egypt after the seven years of plenty when the seven years of famine began. By the time the famine was over, everything belonged to the Egyptian Pharaoh and everyone and everything was Pharaoh’s possession. It had become a socialistic culture and the government controlled it all.

During their times of trial in the seven year famine, that was not the case of the Israelites who had turned to embrace their dance with God. Israel resided in the land of Goshen. God blessed them in a powerful way because they sought divine guidance and provisions from Jehovah. The question we need to ask ourselves today in times of trials; are we going to surrender everything we have to the government expecting hand outs in return, or are we going to the Creator of the universe, who holds the entire universe in the palm of His hand? Louie Giglio said it best in his tour “The Heart of Passion”, when he stated “We serve a Ginormous God!” It is my desire that the reading of this book will restore unto you the years of your life the locusts of sin have taken from you so that you can genuinely embrace the dance with God in a powerful way.

John has been a Counselor for six years and a Minister of the Gospel for 20 years. God has called him to churches ranging from the Mountains of North Carolina to the country fields of Indiana. His counseling ministry has taken him from private practice to counseling in the prisons and everything in between.