A Bird's Eye View of the Riches of Divine Grace 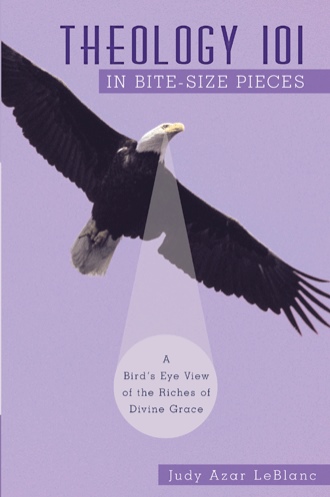 THE RICHES OF DIVINE GRACE

“Remember Him before the silver cord is broken and the golden bowl is crushed, the pitcher by the well is shattered and the wheel at the cistern is crushed;” Ecclesiaiastes 12:6

When I think about each one of the different aspects that pertain to the gift of Divine Grace, I think of a coat that has been uniquely woven with different colors of thread that is held together by a single silver cord. I like to think of each color of thread as being unique to each of the different features of Grace that is held together by God’s Spirit. I also like to think of a flawless, perfectly cut diamond that when placed in the right position in the light will radiate a multitude of rich, intense and pure colors that cannot be seen otherwise. In either case, the sum of the individual qualities together equals perfection.

The definition of the term Charis was introduced in detail in the Preface. It is a virtue belonging to God’s that is a part of His own character whose disposition is to have and to show Loving-kindness, Compassion, Mercy and Love towards mankind that is completely unmerited. It is also a spiritual condition of the soul that is wholly governed by the power of God’s Divine Grace. When I was growing up I always heard the preachers say that Christ died for us sinners and that if we didn’t confess our sins, then we were going to go to Hell. This concept led me to believe that I was nothing but a bad person and that my external behavior had everything to do with my destiny. I don’t ever remember being taught that being lost meant that it is a spiritual condition of the soul, or that man is not capable of saving it himself. Neither do I remember being taught that by virtue of God’s own character, not mine, He took it upon Himself to rescue man’s soul from being eternally separated from Him wholly by the power of His own Divine Grace through the free gift of salvation. On the contrary, I was led to believe that if I sinned I would go to Hell and if I didn’t then I would go to Heaven – the burden was all laid upon my own shoulders – pure and simple. In fact, I can still recall the day when the burden became so heavy that I finally resigned myself to the idea that no matter what I did, I was going to go to Hell anyway, so I said – “I’m done – if I’m going to go to Hell, then I may as well enjoy the ride.” Years later, after I received the “good news” to the contrary, I finally understood the words that Christ spoke to everyone when He said: “Come to Me, all who are weary and heavy-laden, and I will give you rest. Take My yoke upon you, and learn from Me, for I am gentle and humble in heart; and YOU SHALL FIND REST FOR YOUR SOULS. For My yoke is easy, and My load is light” (Matthew 11:28-30).

“I have wiped out your transgressions like a thick cloud, and your sins like a heavy mist. Return to Me, for I have redeemed you.” Isaiah 44:22b

As you may already know, the act of redemption is a doctrine that is written about throughout the Old Testament that was fulfilled by Christ in the New. It basically means to recover ownership of something or someone by paying a specific sum. In Hebrew, Brown, Driver, Briggs and Gesenius translate it to be ga'al and padah and both have various definitions and applications which are listed in Appendix H. However, for this purpose, the best example of the act of redemption that I have found in the Old Testament is depicted in the story of Boaz and Ruth. It tells of what the legal responsibilities of a kinsman redeemer were for those who were under the law. Deuteronomy 25:5-10 reveals that this custom required a close relative to marry the widow of the deceased (the kinsman) in order to continue his family line. Although it is not explicitly written on the pages of this story, there are some striking similarities that parallel Boaz’s act of redemption on behalf of Ruth, and Christ’s act of redemption on behalf of His church. As the story is written, Ruth was a widowed Moabite who after marrying a Judaite became a convert; therefore she was under the Mosaic Law. Boaz however was not the nearest relative and therefore had no legal responsibility to act on behalf of Ruth as kinsman redeemer. Nonetheless, by a show of his love and grace, he found a way to fulfill the law and ultimately became her kinsman redeemer. What I also found to be enlightening is that men like the prophet Isaiah and the Psalmist speak about redemption in the past tense. In chapter 44, the prophet writes: "I have wiped out your transgressions like a thick cloud, and your sins like a heavy mist. Return to Me, for I have redeemed you" (44:22); and “For thus says the LORD, "You were sold for nothing and you will be redeemed without money" (52:3). Keeping in mind that the power of redemption is in the hands of the redeemer and not in the hands of the redeemed, the price that was paid to buy back what rightfully belongs to God was the crucifixion, death and resurrection of Christ.
In the New Testament, however, Thayer and Smith’s translation of the Greek term carries a much deeper meaning. The terms redeem or redeemed are both translated as Lutroo and defined to mean “liberate by payment of ransom; to deliver from evils of every kind, both internal and external;” Lutrosis as “a deliverance from the penalty of sin;” and Exagorazo to mean “of Christ freeing the elect from the dominion of the Mosaic Law at the price of his death;” and Since Christ did not come to abolish the law but to fulfill it, (Matthew 5:17), this particular quality is peculiar to the term redemption in the New Testament. Therefore, the moment we receive Christ as our Lord and Savior, we are freed from the law (Exagorazo); our souls are redeemed (Lutroo) by our kinsman redeemer; and we are delivered from the power of the prince of darkness (the diabolical system that is hostile towards God) and transported into God’s Kingdom.
Personally, I like to think of it as He paid the full price for us, thus He has full right to claim us as His own possession. As Paul so succinctly put it, “Or do you not know that your body is the temple of the Holy Spirit who is in you, whom you have from God, and that you are not your own?” (1 Corinthians 6:19).

The word theology tends to lead people to think that it is only meant for seminarian scholars; however, the word speaks for itself by the sole definition meaning "the study of God’s Word." This book takes a fresh look at the nature of God's Power, Character and Love, and what the finished work of Christ meant to the world in bite size portions. It offers scripturally based truths of some of the riches of His Divine Grace that include answers to thought provoking questions such as what is predestination; who are the chosen; the called, and the elect. The author uses everyday language to explain what it means to be justified, reconciled, forgiven and offers a clear explanation of why practicing merited grace contradicts Christ's finished work on the cross.

Award Winning Author, Judy Azar Leblanc is an internationally published author of several other works. A Graduate of San Jose State University, she currently resides in East Texas where she devotes her time to writing.