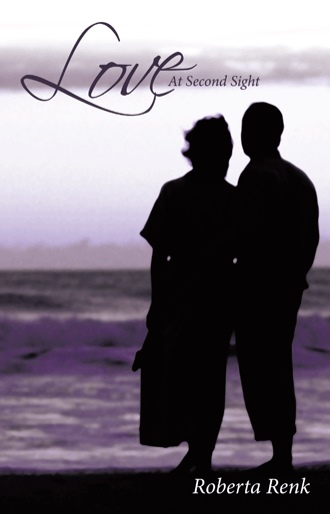 I first intended to write this book as a memoir for my husband. I also wanted it to be used as an encouragement for all those fighting cancer and for their loved ones as they stood by helplessly trying to just be supportive. It definitely was meant to be an inspiration, but that was only the motivation that started me writing. I really did not know where this story would take me, but I can tell you that I was on a real journey as I wrote about my life and poured out my heart to you. You see, at first, I had a narrow vision about this project, and my focus was on cancer. As I continued to write, I realized it was not cancer, but death that I feared. Now, I want you to understand that I feared the death of the physical body, not eternal death. As I walked in the face of death throughout my husband’s battle, I chose not to look death in the face. I looked beyond death to the bright light I saw in the distance, and the closer death came, the brighter the light shone. Even when Bob died on October 11, 2008, my focus was still on that light.

Bob and I never talked about that light using these words, but we did talk about Jesus and his healing power. We also talked about heaven and eternity. We did not speak about this all the time, but our faith in heaven and eternal life was just an underlying truth. It was similar to the love we had for one another. We would say, “I love you,” but that was not always spoken aloud, either. We would say it in the holding of hands or in a look we would give or maybe in a gentle touch or smile. We knew it was there as sure as we lived and breathed.

You see, everyone does love a love story, which is why, I believe, I was called to write this story. It is also a love story about how much God loves me. I feel in my heart that God wants me to share this with you so that you may come to believe he loves you, too. He hears my prayers. To know that the creator of the universe hears me when I pray is more awesome than any miracle that has happened in my life. To think God is bending his ear to hear me, yes me, is the most wonderful, marvelous, awe inspiring, and precious knowledge that I could have. It is so simple, but to many, it is so unbelievable. I pray that after reading this book, you will understand that God is listening to you and that you will know how powerful this can be in your life. I hope with all of my heart that you will ponder that and come to have all the love, joy, peace, patience, kindness, goodness, faithfulness, gentleness, and self-control that God can give to those who know he is only a whisper away.

Everybody Loves a Love Story

Any of you reading this may either be divorced or know someone who is. You probably know how devastating that can be. Well, I was devastated and just wanted to pretty much crawl in a hole. My two children and I moved in with my mother, and that was a humiliating circumstance, to say the least. After having a home of my own, I once again had to depend on my widowed mother for help. Fortunately, I had a wonderful mother who never threw my failure in my face. That was the way I viewed myself, as a failure. So here I was, twenty-eight years old, divorced with two children, feeling fat and frumpy and all alone. I felt hopeless that no one would ever want me again. So how did I go from that to being sixty-one, recently widowed, and feeling alive, full of hope, and loved?

Life is stranger than fiction. I’ve heard that before, and I really believe it. You never know what will happen along the way, and just the slightest possibility that something wonderful and unexplainable could happen keeps us going. We may not tell anyone or even admit it to ourselves, but somewhere deep inside us, we are longing for something more. Some of you may have already found it, and others may have no clue what I am talking about, but I believe we all have a desire to be loved. Maybe the head-over-heels kind of love that sweeps us off our feet is the kind of love people will admit to wanting, but I am talking about that love-me-truly-no-matter-how-strange-I-may-seem-to-you kind of love—the kind of love that lasts a lifetime, through good and bad, no matter what. It is our hearts’ desire to be loved for who we are. We need self-love, too, but maybe we need help to get there by being really loved by someone else first. So, with this in mind, let me begin my love story.

We met over the phone. The first time I heard his voice, I was attracted to it and to his laugh. We talked on the phone for almost three hours. At the end of our long phone call, I got around to the purpose of the call, which was to invite Bob to a discussion group that PWP was having on Sunday.

I went to the discussion group with my friend Sue. I saw Bob, and I was immediately attracted to him. What I first noticed was his beautiful smile and his perfectly straight white teeth. His soft brown eyes drew me in, and I remember thinking how peaceful his eyes seemed. He was wearing a forest green collared shirt, which showed off his fair skin. He made a comment about how I was talking with my hands, and I said I was 100 percent Italian, which was probably why I used my hands when I talked. He replied that he was 100 percent German. I wanted to see Bob again, so I asked him to come to an “Ungame” night I was hosting for PWP. The Ungame is a board game in which participants pick a card and have to answer the question on the card. For example, it might ask if you would kiss on the first date or if would you tell a friend that you don’t like her new haircut if she asked. It’s a fun game, and it helps people get acquainted. Bob agreed to come, so I wrote the directions to my house in a circle around the outside edge of a paper plate and told him to put it on his steering wheel so he could read it while he drove. And, of course, I used my hands to demonstrate it. He had the biggest smile, and I just knew he was special.

On Friday, August 13, 1976, which is a date I now love, Bob came to the group activity I was hosting. We sat together and played the Ungame, and we had such a great time. At one point, someone said to Bob, “The way you are looking at her is like you are wanting to buy a horse. You better check out her teeth.” I opened my mouth, and he looked at my teeth and said they looked great to him. Years later, when we were married and I had so much trouble with my beautiful teeth, I would remind him that he couldn’t complain about the cost because he had checked them out. We would fondly remember that Friday the thirteenth and would relive those feelings we both experienced that night as we talked and opened up about our lives.

We remembered that night often, and as I write about it, it seems like yesterday. As all the other guests were leaving, I asked Bob to stay and talk. We stayed up and talked the entire night. We shared things about our marriages that we had in common. We both blamed ourselves for somehow not being able to make our spouses happy, and as we spoke about the details, we realized that we had our shame and embarrassment over our failed marriages in common, too. He said I was so easy to talk to, and he was surprised that he was able to tell me things he had never told another person.

I remember we kissed, and I think this was when he asked me if I believed in love at first sight. I said no, and he smiled and said, “I don’t, either, but this is the second time I’ve seen you.” Now I know you are probably thinking, What a line! You’d have to know Bob to know it wasn’t. It was the most romantic thing I had ever heard. It seemed perfectly natural, because I felt the same way. We were so authentic with each other that looking back, I know God was with us. He was helping us heal from all our past hurts. We just felt such a connection from the first moment we spoke.

An inspirational true story about one woman’s journey through the peaks and valleys of her life and the relationships she encountered through marriage, divorce, remarriage, and cancer. Her second husband’s miraculous battle with colon cancer proves prayer and faith can be used by God to change situations and bring not only healing but blessings of amazing proportions. Robert Renk survived an eleven-month prognosis of 4th stage colon cancer and lived 13 years. It includes a detailed summary of a malpractice lawsuit that had far reaching influence. Roberta shares intimate details about her life with both her husband’s and the key she believes she’s found to living a joyful life. In spite of the death of both her husbands this is a story of hope.

Roberta Renk, born and raised in Pittsburgh PA, earned a degree in Health Information Management at CCAC after attending a nursing school program there. This prepared her to be her husband’s healthcare advocate and she spent thirteen years in that capacity. She attends RiverTree Christian Church in Canton, Ohio and Grace Church in Southern Pines, North Carolina because she divides her time so she is available to all three of her children and grandchildren.