And the Spirit Led Me

Walking with God through a Church Disaster 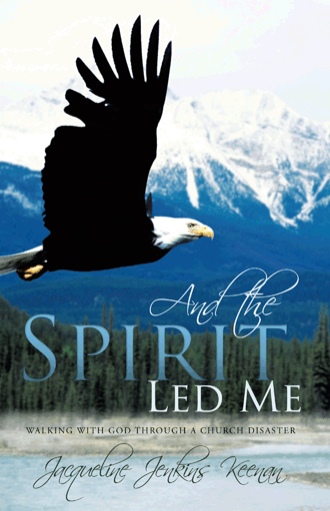 On July 22, I received a letter from Lambeth Palace. Written on behalf of the Archbishop of Canterbury, it said: “The Archbishop has noted the concerns expressed in your letter, and he is grateful to you for drawing his attention to the important point you make about the scientific evidence relevant to issues of sexuality. It will be for Bishop Griswold to give his own response to your specific points.
“Bishop Griswold’s presentation was at the invitation of the ACC, who give the North American and Canadian churches opportunity to explain their approach as part of an on-going listening process. A Resolution was passed giving effect to this listening process as an on-going dialogue. It will clearly be important to feed into that process the relevant scientific studies and information.
“Once again therefore, thank you for your contribution.”
In response, I collected my studies and information and sent them directly to the Archbishop of Canterbury with another letter. I said that I did not usually discuss homosexuality, because my experience was that direct confrontation over that issue increases anxiety and is destructive. I mentioned the letter that I had written to him in March of 2004 concerning what had happened in my former church. I also stated that I had previously been misinformed on science myself, and seeing what science actually said had changed my attitude about blessing homosexual relationships. But of course, it had not changed my attitude about homosexuals as people worthy of love and respect.

This book is a must read for anyone whose church is struggling with the issue of homosexuality. It is the story of a part-time seminary student and church bulletin stuffer, who successfully challenged the old and refuted science in the Episcopal Church’s theological explanation for consecrating a partnered gay bishop. Further, it was only as her own faith grew that she was given a voice to tell the leaders of the worldwide Anglican Communion what she had learned. But first she had to learn how to forgive those who had injured her as she lived in an angry, polarized church. And even as she was called forward, she was plagued by eerily timed deaths and a life threatening illness. While that happened, she made shocking discoveries about the politics in our society that masquerades as science, and even more shocking discoveries of underhanded politics in the church.

But this story is not just a documentary of a failing church. It is a warning and ultimately an encouragement regarding the effects of culture wars in the church. A failure to live in community first and to engage in honest, respectful theological discernment is destroying a denomination and threatening a worldwide church. But the story also shows God’s amazing ability to offer new life to the faithful in the face of difficult and destructive circumstances.

The author was agnostic for many years before she believed in God. Her encounters with the Holy Spirit and risen Christ occurred in 2003 and 2007. She is presently a member of an orthodox Anglican church, Christ the Redeemer, in Manassas, Virginia. She has a strong science background with a BA from the University of Virginia with majors in mathematics and chemistry. Also, she has a DVM from the Ohio State College of Veterinary Medicine and received a Masters in Theological Studies from the Virginia Theological Seminary. Her experience in science led her to look into the science based claims made by The Episcopal Church (TEC) regarding homosexuality. She noticed that none of the authors of TEC’s theological document, To Set Our Hope on Christ, had any background in science. That led her to have discussions with the hierarchy of TEC and the Anglican Communion about the serious problems with TEC's document. She is qualified to write this book because it is her personal story, and she has the expertise to interpret science in a way that lay people can understand. Further, her Masters in Theological Studies allows her to discuss theological and biblical issues on this topic. But it was her personal spiritual transformation that made it possible for her to present her concerns to the leaders of the Episcopal Church and to the larger Anglican Communion. Without that transformation, the story would not have happened. She is now again practicing part-time as a veterinarian in Arlington, Virginia. She volunteers at a church that helps underprivileged children in the DC area, and she does lay ministry at her own church, including children’s ministry.