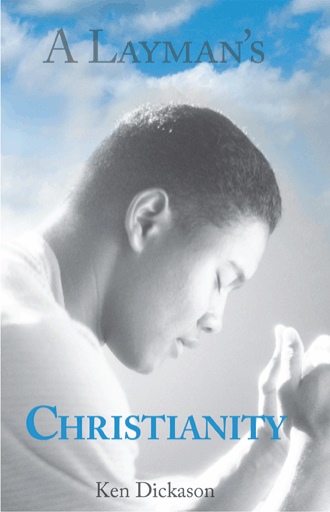 
Every sports coach knows that the most important thing for his players to know are the basic fundamentals of the game. I'm sure that those of you who played sports in high school or college remember the grizzled coach, disappointed in the hot-shot antics of his team, saying in that no-nonsense voice, "Alright, boys, we got sloppy, so now we gotta get back to fundamentals. Give me fifty wind sprints and the first person to complain does another twenty."


We all know that there is more to any sport, job, or activity than the fundamental elements, but we all need to know the basics before we can learn the more advanced stuff. The same is true with Christianity.


The author of Hebrews, you know, “what’s-his-name,” wrote a scathing indictment against the Jewish Christians, about how they were at the point in their walks when they should have been teaching others, but were instead so immature that they still needed to be taught the basics.


Going back to the sports metaphor, the audience of Hebrews were supposed to be making diving catches and executing perfect hit-and-run maneuvers, but they were still stuck learning how to hold the bat and figuring out how to throw the ball.


We see in today's church a similar trend that the early Christians had when it comes to only knowing the basics and nothing else. We have our “Sunday-only Christians” that come to church, might read an inspirational book or read about how their lives need to have more “purpose,” or how they can pray a special prayer and, magically, everything wrong with their lives will fall into place and then think they have fulfilled their requirements for being a Christian.


These people don't "know" God in the Father-son relationship that the Bible says that He wants to cultivate.


Well, the purpose of this chapter isn’t about harping on immature Christians (there are other chapters for that), but is rather about laying down a foundation for this book by briefly covering the fundamentals of Christianity that the Hebrews-author (we’ll just call him “Paul,” because it saves space and because I think the book's author was Apostle Paul) had refused to talk on.


I am, of course, not placing myself above Paul, because he knew the audience to whom he was writing, whereas I do not. I have no idea where you are on the spectrum of Christian learning, so we will have a brief refresher course in the basics.


In his accusation to the Jewish Christians, Paul lists the fundamental teachings of Christianity: repentance from dead works, faith towards God, baptisms, laying on of hands, and resurrection of the dead and eternal judgment. I’ll briefly cover each of these in this chapter, except for faith, because I cover that in the next chapter...

None of these really describe a book about theology, and they, surprisingly enough, do not apply to "A Layman's Christianity," either.


However, if you are looking for a well thought out book, replete with scriptural references, written, not by a dreary doctorate of theology nor by a "hip," "young" pastor of a mega-lo-church, but by an average joe, then look no further.


Written from a young man's perspective, "A Layman's Christianity" is a book that delves into the belief that every man has the right to think about who God is and what He wants from our lives and that phrase, "every man," is not restricted to age, gender, or educational background, but rather should be based on the author's commitment to God and his love for His Bible.


"A Layman's Christianity" is not a "how-to-manual" for living a better Christian life, but is rather an outline of several characteristics and ideas that, taken together, form the author's ideal Christian.


Leaving room open for argument and individual thought, "A Layman's Christianity" refuses to be taken at face value and insists that the reader check its assertions with the Bible, thus fulfilling the purpose of the book: that every man and woman who follows after God has the right and responsibility to think about Him and upon Him.

Ken Dickason is a twenty-three year old man who has recently recovered from getting his Bachelor's of Science in Communication and Political Science. After four years of study and three years battling his own personal "thorn in the flesh," Ken began to write "A Layman's Christianity."

Based on the premise that a man does not need to hold a doctorate in theology, pastor a church which boasts a congregation of ten thousand, and finally, based on the idea that a man need not be 45 with a wife, 2.5 kids, a dog and a house, Ken decided to write a series of essays about the Christian life from the only perspective he knows: that of a layman.

In the middle of finishing his book, Ken moved down to Los Angeles to pursue the American dream of failing to become an actor. This brought a completely new series of trials that Ken expected but did not necessarily anticipate. Feeling quite like the prophet Daniel, exiled in Babylon, Ken temporarily shelved working on "A Layman's Christianity," trying instead to advance his acting career.

Eventually, he decided to return to the book, get it edited by several friends, and to have it self-published through West Bow Press.