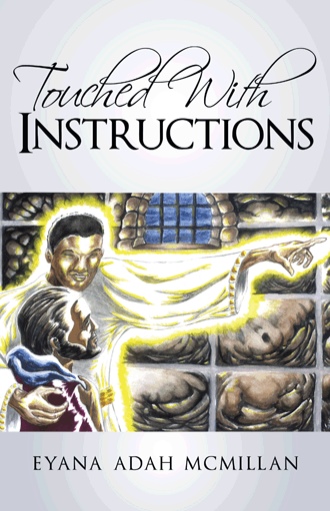 His touches are more than emotional experiences that cause us to shed a few tears, or make us feel some type of wonderful peacefulness we’ve never had before.
With His touches come creation, healing, freedom … and instruction.
We can deepen our relationship with the Lord by going beyond just knowing that He touched us. The Lord is encouraging us to seek Him to understand why He touches us and what are we to do with His touches.
Throughout the Bible, we see that exchanges of touch between Heaven and humankind came with instructions.
The Book of Genesis shows us how God created the heavens and the earth. He then touched the ground to form a man named Adam and instructed him to have dominion over the earth.
Then in Genesis 32, we’re told how Jacob wrestling with an angel of the Lord. After this bout continued through the night, the angel “touched the hollow of his thigh; and the hollow of Jacob’s thigh was out of joint…” (verse 25).
And the angel tells the wrestling Jacob to let go, but Jacob wants to be blessed first. However, before Jacob receives the blessing, he gets instruction about his identity. In the years before this wrestling match Jacob had done some underhanded things against his family members, including conning his blind father into believing he was his twin brother Esau. In doing so, Jacob deceitfully obtained Esau’s inheritance.
Now, the angel instructs him that he is no longer Jacob – meaning trickster, con artist, or supplanter – he is “Israel,” a prince who has “power with God and with man, and hast prevailed” (verse 28).
The connection of touch and instruction also is seen in the ninth chapter of the Book of Daniel, where he is praying for Israel, confessing the nation’s sin while seeking God’s forgiveness and help.

Yea, whiles I was speaking in prayer, even the man Gabriel, whom I had seen in the vision at the beginning, being caused to fly swiftly, touched me about the time of the evening oblation. And he informed me, and talked with me and said, “O Daniel, I am now come forth to give thee skill and understanding (Daniel 9:21, 22).

The angel Gabriel goes on to instruct Daniel on God’s future plans for the nation.
The Lord so values the connection of touch and instruction that He responds when we reach out to Him in faith.
A powerful example of this is found in Mark 5:24-34. Jesus is in Capernaum, thronged by a crowd of people. Among them is a woman who suffered from a devastating illness for 12 years. She crawls through the crowd, desperate to reach Jesus. She stretches out her hand, hoping her fingers can get to him.

When she touched the garment, Jesus felt virtue, or power, go out of him. In verse 30, He turned around and asked, “Who touched my clothes?”
When the woman revealed herself and her situation, Jesus addressed the woman, repeating back to her the “be whole” instructions that came with her touch.

And he said unto her, Daughter, thy faith hath made thee whole; go in peace and be whole of thy plague (Mark 5:34).

Mark 1:40-42 shows us how a man with leprosy experienced the compassionate touch of Christ, who disregarded societal rules to have no contact with people suffering from the often-contagious disease:

And there came a leper to him, beseeching him, and kneeling down to him, and saying unto him, If thou wilt, thou canst make me clean. And Jesus, moved with compassion, put forth his hand, and touched him, and saith unto him, I will; be thou clean. And as soon as he had spoken, immediately the leprosy departed from him and he was cleansed.

We will revisit these healing experiences as we continue learning about being touched with instructions. Also, there are several nuggets of wisdom to receive from the leprous man’s interaction with Jesus.
We also will learn the blessings of touching Jesus while developing an intimate relationship with Him.
By examining several biblical examples, we’ll grasp how powerful touch and instruction can be, as function is revealed to creation, identities are changed, skills and understanding are imparted, wholeness and peace are granted, and the ostracized are cleansed and restored.
As the Lord leads us through this book, we will have moments of prayer, praise, repentance and rededication.
We are now ready to continue our “Touched With Instructions” teaching by first studying Apostle Peter’s miraculous rescue detailed in Acts 12: 1-11. We will see how God used connection and direction to deliver Peter from prison and a death sentence.
Remember, God doesn’t waste touches. Neither should we.

GET TOUCHED WITH INSTRUCTIONS AND OBEY THE LORD'S WAY TO VICTORY

The Lord’s touch is more than an emotional moment experienced during a worship service or private devotional time.
So why does the Lord touch us?
In Touched With Instructions, we will learn the Lord’s answers to this question.
We'll be led on a journey through the Bible and our lives to discover the purposes, changes and assignments that come with the Lord's touches. We'll learn about the victory of obedience and the devastation of disobedience.
We'll gain insight into how the Lord's instructions help us discern deception and overcome failures. And we'll see how the Lord grants instruction blessings to effective leaders who remain His humble students.
Awaiting us are instructions that will challenge, correct and revive us. We’ll have times of prayer, repentance and praise as we surrender ourselves to the Lord’s touches of compassion, encouragement, forgiveness and love.


Our instruction topics include:
Going for a Victory Walk through Enemy Situations
The Blessing of Being Second
Boot Camp for the Ears
Homework for the Tongue
Accepting Rejection
Write Right
Outnumbered but Not Overpowered
Final Victory
Intimately Touching the Lord


The Lord’s touch is just the beginning. There are lessons to learn and directions to receive. So let’s get started and get Touched With Instructions!

Eyana Adah McMillan is a member of Tabernacle Deliverance Church of God in Christ in York, Pa., where she teaches Sunday school and Bible study. She is an evangelist ordained by the Commonwealth of Pennsylvania Jurisdiction COGIC. She is a reporter with The York Dispatch.