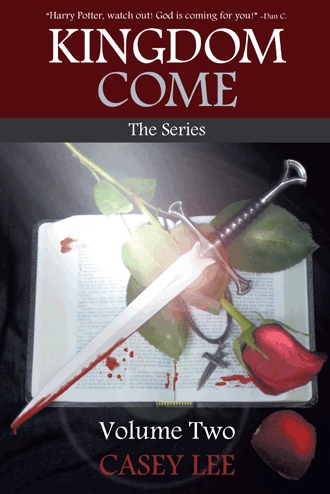 THE City On A Hill would never be the same again. It was official. No one could deny it. In the course of five months, three ministers had fallen¾two of them were dead and the third was nothing more than a Judas kiss to the underground church. This is how he was remembered by most.

Haggai Haran, one of the remaining ministers in the City, still could not bring himself to fully believe that Silvanus Scathe, minister of spiritual warfare, had murdered Chief Minister Paulus Prudent, the founder of the underground church.

“Lord,” Haran sighed as he walked alone among his sheep out in the pasture, “I don’t know what Ye have planned in all of this, but things are surely different now, they are.”

The big Irishman walked on, his faithful sheepdog Lazarus padding along beside him, an ever-faithful companion. He would often glance up at Haran with his liquid brown eyes full of concern for his two-legged master.

“Don’t know what we’re going to do, Lazarus,” Haran muttered as he paused to lean back against one of the huge boulders scattered across the pasture. The dog bounded up and settled himself beside Haran, who absently rubbed his furry ears, causing Lazarus to lean into him with a deep-throated groan of pleasure.

“Ye old goof,” Haran chuckled, giving him a playful shove, then he rose to head out to the field where the City’s horses grazed peacefully.

One horse in particular¾a mottled white gelding¾came over with a purpose in his step. He seemed to look beyond Haran, his distant gaze focused with a longing expectancy.

“Aye, ye miss him too, don’t ye, Amos?” Haran murmured as he stroked the horse’s nose with a gentle hand.

Amos nuzzled the big Irishman’s hand, then nudged him and returned his gaze to that distant focus once again.

“He’s not coming back, Amos,” Haran sighed quietly, his voice heavy with sorrow as he spoke of Silvanus Scathe, “He can’t come back. He, uh…he did a very bad thing here in the City.”

Haran knew most would think him foolish to be talking to a horse in such a way, but he also knew that animals understood a lot more than most people gave them credit for.

The distant voice calling to him caused Haran to turn and look back over the pasture he had just crossed. He knew that voice. It was young Willen Hartt, one of the students residing in the underground church. She was also one of three children Silvanus Scathe had brought back to the City nearly a year ago.

“I’m over here, lassie,” the minister called back, waving a hand to catch her eye.

Willen spotted him and broke into a run, hurrying to close the distance between herself and the minister who had been chosen as her mentor and overseer. When she reached him, Haran reached out a hand and pulled her up to sit beside him on the massive rock he sat upon near the horses’ fence.

“Oh, I’m…I’m okay, I guess,” Willen replied, brushing her wind-tossed hair out of her eyes and smiling at Haran, but her smile was very weak. Forced.

“What troubles ye so, little one?”

“A lot of things, Haggai. Chief Minister Prudent being gone, for one and…”

She trailed off and looked down at her feet, her long dark hair falling past her shoulders and hiding her face like a shining curtain in the light of the setting sun.

“And…?” Haran prompted, brushing her hair aside so he could see her face again.

“If it’s on your wee heart, ye might as well say it, lassie,” Haran chuckled kindly, “I’ll listen. It’s what I’m here for, don’tcha know.”

“It’s about…Minister Scathe,” Willen confessed, half expecting Haran to recoil at the mere mention of the man.

He did no such thing.

“Y-yes,” Willen nodded, tears welling up in her eyes, “Granted, he was kind of grumpy and sometimes scary, but…I miss his wisdom. There is a distinct void without his class.”

“Aye, that there is,” Haran agreed solemnly, turning his eyes to stare off toward the sunset.

“Why did God allow all of these things to happen?”

“The good Lord works in mysterious ways, dear Willen,” Haran replied quietly, then he brightened a little and turned to face her, “Would ye like to hear a story?”

“Yeah, sure,” Willen smiled, “I love your stories, Haggai.”

Haran returned the smile and, turning his eyes back to the beautiful array of gold, pink, and lavender in the west, he began a story that went something like this: 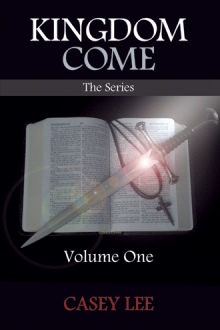 The journey that took you beyond belief has only just begun.

In the wake of so much tragedy, Abel Vykter, Willen Hartt, and Redina Tuserve struggle to cling to their faith. With two of their mentors dead and another exposed as a traitor, the three teenagers are beginning to feel that God is far from them, but as their trials continue, they realize He is closer now than they ever dreamed He could be. Return to the journey and experience the mystery, healing, revelation, and forgiveness that concludes KINGDOM COME The Series.

And may your life be forever changed.

Casey Lee is a writer and published author and has a unique way of drawing the reader into the storyline as if they are really living among the characters of “The City on a Hill.” She weaves a tale of sorrows and triumphs, good and evil. Living near Memphis, Tennessee, with her menagerie of rescued animals, including her beloved horses, Casey’s prayer is that you would enjoy this continuation and final journey and fly “on eagles’ wings.”