THE JOURNEY OF ONE COMMON MAN 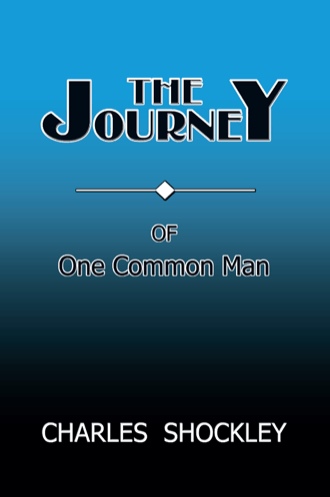 One Saturday night in the fall of 1974, a friend asked me to go with him to a service in a church outside of Protem, Missouri. This church had no pastor, Elijah Jennings donated the land and built the church. He was not a preacher but asked the Lord to send preachers on Saturday night. In the service they had a time of testimonies when people in the congregation would share what was on their heart. I stood up to testify and I said: "there is a spirit of revival here." Elijah told me to go ahead and hold a revival. This revival lasted eight months! We had services every night for three weeks and then cut back to Friday, Saturday and Sunday. I was still working for the Labor Union and had put all my traveling on hold for three weeks. After the first three weeks I would leave home on Monday night and get back on Friday and drive 80 miles round trip to the meetings. I would be so tired when I started to the meetings I would wonder how I could do this. As soon as I stood up to preach new strength would come into me and God would begin to move by His spirit. One of the first things that occured in this revival changed my ministry. The Lord spoke to my spirit and told me there was someone there who was blind in one eye. I knew He wanted to heal this person. I asked if there was someone present who was blind in one eye. A small man came forward and I asked him if he was blind in one eye and which eye it was. he told me it was his left eye so I laid my right hand blind eye and rebuked the spirit of blindness and asked the Lord for a creative miracle. I then turned the man around to face the congregration and asked him if he could see the people and he said "no." I waved a white handkerchief in front of his blind eye and asked him if he could see it and he said "yes, it is a white handkerchief." I asked him if he could see the people and he described, with an eye that had been blind, how they were dressed! This was the beginning of the working of miracles in my ministry. There are usually three gifts of the Spirit in the working of miracles:The word of knowledge, that is, knowing something supernaturally by the Spirit, the gift of special faith, and the working of miracles. I asked his name after the service and he said Jesse koker." He told me that when he was six years old he tied his shoe laces in a hard knot and could not untie it. he got a pair of scissors and put his foot in his lap and when he cut the shoe lace the scissors went into his eye and blinded him. He told me he had been blind for 38 years! God created new parts for a blind eye. There are usually acts of creation involved in special miracles.

This is the story of a child of the great depression of 1929 and the miraculous way that God protected him during the second world war. guided and promoted him as a Railroad Labor Representative and gave him a ministry of healing and working of miracles. He is the founder of an International ministry to RV Campers. He and his wife still travel in a motor home and minister in churches and in campgrounds.