by Joyce A. Hawkins 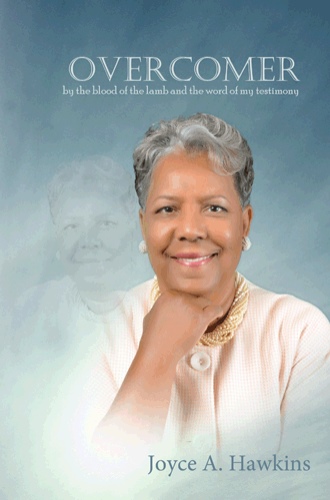 Life was stressful. Jim and I needed a vacation. Jim’s illnesses and tender feet were slowing him down and I was just plain tired. Jim’s Cousin Mildred and her husband, John, were planning a trip to Bermuda with his Kiwanis Club. Because it was with his club, he could assure us it was not too late to arrange for us to come along. Looking back, that trip was the honeymoon Jim and I opted not to take at the beginning of our life together. It was peaceful, restorative, and relaxing. Jim did not normally wear a tie to work but he loved getting dressed. Dressing for dinner each night was right up his alley, he loved it. Just that simple little thing took his mind off his illness and did wonders for his spirit. The Bible says laughter is good medicine and that trip made me a believer. John, Mildred, Jim and I spent hours sitting and reflecting on times past with such joy. We laughed often, remembering how carefree and uncomplicated life was years ago. One week after the Bermuda cruise, Jim fell and broke his hip. The outlook for recovery was good, but we expected him to be out of work for at least two months. He needed hip replacement surgery. There was no delay in healing because of diabetes. However, because of diabetes, ulcers began to form on the heels of his feet. Rough seas ahead! While Jim was still recuperating, the entire IT department at the TV station where I worked was outsourced. I was given three weeks notice and a very small severance. I decided not to look for another job but to stay home with Jim instead. In reality, the timing was perfect. I did not know it then, but Jim was going to need me at home. While I was still wandering through the rose garden, Jim had gotten it, he knew what he had to do and he did it. He worked on getting closer to God, though I remained clueless. He had taken the leap. Let’s see now, debts were mounting; there was not enough income; we had very little money in reserve; Jim was becoming more and more ill and looking less and less like he would ever be able to work again. The faith that seemed to work for me on automatic began to diminish. Talk about a weak faith muscle! Not only was it weak, I had no idea how to strengthen it. I had no idea what horrible shape I was in. Could anyone else on this planet be as insensitive to the Holy Spirit as I? Still not seeing; still not hearing; still not talking to God with any consistency! My allegiance to God was limited to Sunday morning service—two hours weekly. I was not even a midweek Bible study regular. I did nothing to serve anyone. I was giving my tithes and offerings. That was one of the few things I was doing that was pleasing to God. When I was a child, I remember hearing people at church say, “God has a way that is mighty sweet”—it sounded silly to me then but now I understand. Sometimes God places us in situations that leave us no choice but to seek Him and that is ”mighty sweet” of Him. As I worried and fretted, I remembered, God is my source and I need to trust Him completely. I had to face the problems head-on, knowing God is in control. There was nothing I could do except talk to Him about everything; tell Him about my fears concerning my husband, my home and my stability. I had to hold His hand. By holding God’s hand, relying on Him for everything, I was acknowledging His control and my mustard seed-sized faith expanded with each trial. As spiritually slow as I was, I knew the danger in letting go. I began to develop a real confident assurance that God was going to take care of everything we were facing—debts, illness and my serious lack of spiritual direction. The path on which I had been placed was far too difficult to travel without God, I had no desire to turn around, and I would not backup!

Author Joyce A. Hawkins has experienced life challenges so bitter that she could not bear the thought of allowing anyone else to suffer needlessly without warning. As you read about her experiences, evaluate her responses, and notice the consequences of her decisions. Then be prepared to make better choices when it is your turn.


- Life’s tests always turn into Testimonies so, keep the Faith
- When hard times try to knock you down, don’t backup
- And, when you cannot see your way clearly, definitely don’t blink
- After you’ve done all you can—stand.

Joyce A. Hawkins, a native of Washington, DC, currently resides in Fort Washington, Maryland. She is a widow, with two adult daughters. Her wisdom comes from God by way of the Holy Spirit.