Why Are So Many Relationships Failing? 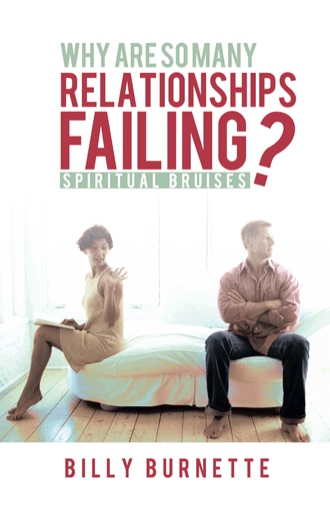 During the early years of my life, I could never put the pieces of a puzzle together to make relationships with members of the opposite sex work. We always grew further apart rather than closer together. Of course, I always thought it was their fault the relationships were failing. I believed if I worked hard and provided nice homes with all the trappings then I was a good father and husband. My wives just didn’t appreciate me. I did everything I saw my daddy doing except I wasn’t staying in a failed relationship.

I was too blind to see he failed in his relationships with my mother and us children. I was following in his footsteps, destroying my wives’ and children’s lives. I knew there had to be an answer, but I just kept trying and failing. I have four divorces and a eight years Federal Prison term to prove my failures. I even married one wife twice thinking I could put the puzzle together. I finally looked in a mirror, and it dawned on me, I was the problem.

During all my break ups with members of the opposite sex, I felt this great pain inside, like my insides were being torn out. I felt the pain physically, but finally realized it was a spiritual pain I was actually feeling. I learned to put band-aids and shields around those pains to protect myself from being hurt again. Little did I realize I was rejecting and bruising others through my defenses. I finally understood that for relationships to work those past spiritual bruises, all the way back to childhood, had to be healed. Band-aids only work for a short period of time and fail during really stressful times.

I needed to find a spiritual power that could heal my spiritual bruises, bruises that fed my misguided way of thinking. I had been to counselors and even tried churches that taught me a new way of life, but the spiritual power I needed was not there to heal my bruises. I needed a power that could heal the bruises- not tell me how to live with them. Until the bruises were healed I was like a sprinter trying to run in a race with a broken ankle. I just got frustrated, gave up and went back to doing what I’d always done before, only to fail again.

Growing up I was led to believe the spirit world didn’t exist. Those who did believe in that foolishness were just unstable, ignorant people. After all we were educated people, went to church, had the Bible and that was all we needed. The church we attended taught and reinforced that belief.

But people who attend church are getting divorced at basically to the same rate as those who do not attend. How could they help me find what I was looking for with that track record? Wasn’t Jesus’ ministry about relationships, a relationship with Him that made relationships with others possible? Education and preaching didn’t solve the spiritual mess I was in anymore than going to the secular counselors I tried. At least the counselors tried to help me learn some coping skills to deal with my bruises. There was a spiritual power out there I needed that would heal me so I could accept myself and others. I knew I had to find something or someone to help me with the deep spiritual problems in my life, the source of my broken relationships. I needed help from someone who was equipped to engage in the spiritual battle within me.

Before I went to prison in 1984, my eyes were beginning to open, and I started seeing that the spirit world really did exist and if I was ever going to have a relationship that was fulfilling, I had to learn more about the spiritual world and how it operated.

Most all our relationships go something like this. Even though you can see something good in the other person, you only get glimpses of the good. It is like being in a jail cell next to each other; reaching through the bars to hold hands maybe even steal a kiss, but you cannot embrace that good person. Some go so far as to have sex, but not really embrace, like most married couples are doing today.

Most of us have taken that risk, taken the chance on a relationship with that special someone. However, too often one or the other gets hurt, feels frustrated, and walks away without trying to understand why this is happening. It hurts so bad it feels like your insides are being torn out of your body. This is not a physical pain, but the spiritual and emotional separation that hurts physically. Somewhere through the pain we make up our minds consciously or subconsciously that no one will ever hurt us like that again.

Jesus said to confess our sins to one another so that we may be healed. We usually try to bury our pain and think we have forgiven our offenders. Jesus’ way is to deal directly with the pain.

Rose Kennedy was a smart women she said, ”It has been said ‘time heals all wounds’ I do not agree. The wounds remain. In time the mind (protecting it’s sanity), covers them with scar tissue and the pain lessons, but is never gone.”

Jesus did not come to tell us how to live with our pain, He came to heal us of the pain.

BILLY BURNETTE was raised in a church going family in a rural town in North Florida. His life as a CPA, a stock broker and building contractor did not prepare him for the most important thing in life, successful relationships. The resurrecting power of Jesus has healed him and he now has a great marriage. He is now seeing that same power heal others.