From the Ascension to the Kingdom 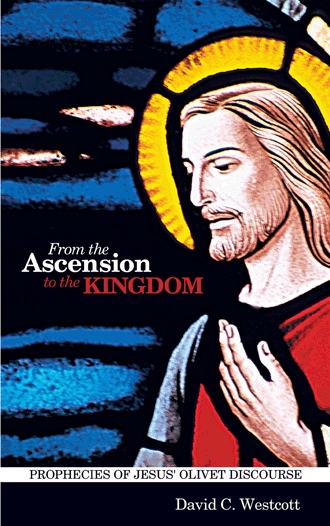 When Jesus sighed out the lament, “for I say to you, you shall see Me no more till you say, ‘Blessed is He who comes in the name of the LORD ’” (Matthew 23:39), many who stood by must have understood the prophetic significance of such a statement. In the days of Moses, God had promised that the children of Israel would experience both blessing and cursing through the covenant which He was making with them, the Mosaic Covenant. But, He also promised that after both the blessing and cursing had been experienced, there would come a time for restoration. Since the Mosaic Covenant was conditional. the restoration would also be conditional. The condition for restoration would be that the nation must first return to the Lord their God (Deuteronomy 30:1-10). Later, as the nation was about to experience the full extent of the curse, God used the prophet Jeremiah to announce a New Covenant, an unconditional covenant, which would accompany the restoration of the reunited nations of Israel and Judah (Jeremiah 31:31-34). Other Old Testament prophets wrote, with regard to this New Covenant, that it would establish a new age, an age of peace and prosperity for the nation of Israel and for the world (Isaiah 55:3, 65:17-25; Jeremiah 32:40-44; Ezekiel 34:25-31, and 36:25-30). Some of the provisions of the New Covenant link it to another covenant made between God and the nation of Israel, the Davidic Covenant, with its promise of an everlasting Kingdom (Isaiah 55:3; Jeremiah 33:14-15; and 2 Samuel 7:8-16). Therefore, to the Jewish mind, during the days of Jesus’ earthly ministry, there were but two ages, the present corrupt age and the coming age, the Kingdom age.

Beginning with some background information on the Mount of Olives, the temples of Jerusalem, the Passover week, and the mindset of Jesus' disciples, this book employs this author's composite of the Olivet Discourse passage found in Matthew, Mark, and Luke, to expound upon the prophecies presented by Jesus to His closest disciples.

After hearing His disciples' inquires, Jesus delineated details of events which would take place after His departure into heaven, up and through the time of His return to establish His Earthly Kingdom.

The disciples were anticipating an immediate arrival of Jesus' Kingdom, but Jesus, knowing this, gave them an accounting of events which must take place prior to the establishment of that Kingdom. He began by giving a direct warning to the disciples, followed by an explanation of trials that they would personally encounter. Jesus then told these disciples about the demise of Jerusalem which would take place in 70 A.D. Following that, He spoke of the coldness of heart which will permiate the society in the end times. He gave them the "Abomination of Desolation" as a sign of the approach of the end of the age. Jesus detailed the events which will surround His return to set up His Earthly Kingdom. Moreover, through parables, Jesus taught His disciples and those who will His discourse the importance of being prepared for His return. In the final scene of this discourse, Jesus presents a picture of a judgment which will take place in preparation for the establishment of His Kingdom.

There are many lessons to be learned through Jesus' presentation of the Olivet Discourse. This writer hopes that his readers will take to heart the lessons of this most prophetic disclosure on the end of the age.

I am a graduate of Dallas Bible College with a B.S. in Biblical Studies and an M.A. in Biblical Education with Bible emphasis. Degrees from Dallas Bible College are currated at Criswell Bible College, in Dallas, Texas. I was a Christian School Educator for a little over twenty years. Since I also have a B.A. degree in Mathematics from the SUNY at Buffalo, most of my teaching experience was in high school Math. I retired in 2008 as a result of disability. My desire was to write about the Olivet Discourse when I retired. Much of the information in the book was borrowed from my Master's Thesis, written in 1985.