An Invitation to Embrace the Power of Newness 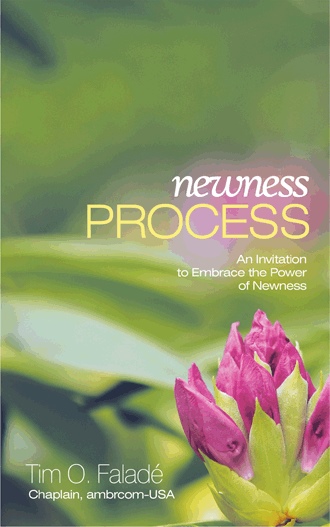 "What if we could have a new chance at life—a chance to break loose from all entanglements to victim stories, a new chance to love, to be young, to be strong, to be healthy, to be brave and fearless? … How about an opportunity to reconstruct past experiences again, to re-phrase or un-say that which had been uttered and to un-hear that which has been heard? What if all past paths disappeared from the mind space and all past thoughts were lowered, with past deeds eliminated from memories? What if the mind could be stripped of all pains, guilt, and dissatisfactions arising from past involvement? And a world where man lives not in the consequences of his deeds, but in the innocence, freshness, newness attributes of every arising moments?

Is there ever a possibility of finding newness daily in one’s quotidian enthusiasm, resting not and building not on the landscapes of past events, good or bad, as the platform for the ongoing involvements? Imagine a life still lived as that new mold and fresh breath that God knew at creation. I mean, what if life could be lived solely in the newness - originality, and completeness—attributes of the very breath (the God's Life) endowed man at creation?

If there is a pool called Newness; if it is a river, and its tributaries make renewal accessible to your whole – spirit, soul and body- wouldn’t you channel your entirety into its path; wouldn’t you dive into it? If a chance to be new, a chance to experience a rebirth presents itself as a dove, wouldn’t you adopt one? What if it comes in an appearance of a mighty rushing wind; wouldn’t you become activated in your instinct to brave the fierceness of the wind in order to claim the experience? So, a one-time opportunity to be the very one you had wanted to be presents itself as a still small voice, wouldn’t your ears be tickled enough to want to hear? Wouldn’t you embrace and position your entirety in the path of an attribute so desired by all?"

In Newness Process, Tim (Yinka) Falade opens with a portrayal of newness as a fluid which “spills from its very own source of origination”. He writes in Newness Process that newness “is an out-poured attribute of the Spirit that further outpours itself, transforming all on its paths into its very own form”. For most parts of the work, Tim channels a graphical and pictorial view of conventional and not-so-conventional thoughts about newness of life so as to bring his readers out of an imaginary view of those thoughts into the practicality of their relevance to quotidian living.

Newness Process features six chapters each of which entails an invitation to a path to newness. Each invitation opens with a meditation and/ or ends with (another) meditation. The mediations are simplified faith-inspiring expressions to usher the readers into the easiness of applying the chapter contents in their daily lives. Each, the author states, is an invitation to the realization of a process that God arranged for us that we may awake to the consciousness of the newness of God’s life in us.

“We wonder why oceans recede only to come back with a totally new content. We wonder why all of life awakens to the brightness of a new dawn, just as man awakens to a new body at every new awaking. Could all these be the manifested acts of a newness-loving “Being” who daily desires newness for all things? He is the “influence” who, at every moment, delights in an infinitely new earth. The creator God is “One” whose newness attitude is emulated in all that dwells on his infinitely new earth.”
– From Newness Process

Newness Process is an invitation to embrace the divine provisions that enable us to knit ourselves and all life-forms into the life we are called to live. … It is an invitation to reassemble your authentic self and seek avenues to live your very own un-fragmented life. The newness process begins with a decision—“salvation” —and it leads to an infinite destination—“wholeness.” – Tim O. Falade